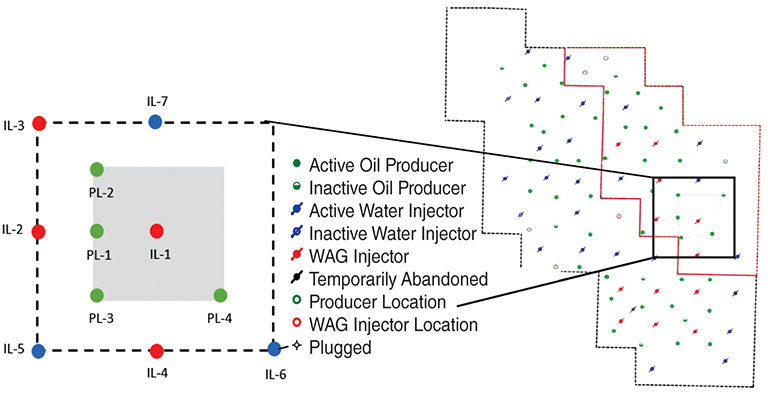 A carbon-dioxide (CO2) -foam enhanced-oil-recovery (EOR) pilot research program has been initiated to advance the technology of CO2 foam for mobility control in a heterogeneous carbonate reservoir. Previous field tests with CO2 foam report varying results because of injectivity problems and the difficulty of attributing fluid displacement specifically to CO2 foam. A more-integrated multiscale methodology was required for project design to further understand the connection between laboratory- and field-scale displacement mechanisms.

The East Seminole Field in the Permian Basin of West Texas was discovered in the early 1940s with an estimated 38 million barrels of original oil in place (OOIP). The field was developed throughout the 1960s, producing 12% OOIP through pressure depletion. Waterfloods began in the early 1970s and continued into the 1980s with strategic infill drilling, reducing the well spacing from 40 to 20 acres.

As seen in other areas of the Permian Basin, tilted fluid contacts, presumably resulting from basin activity or a breach of seal, have created a deeper residual oil zone (ROZ). These zones are thought to have been naturally waterflooded through hydrodynamic displacement and have been shown to contain considerable immobile oil (20 to 40% OOIP) that can be mobilized by CO2 flood. Thus, the residual oil saturation in the ROZ is similar to waterflooded zones and establishes it as an economically attractive target for tertiary CO2 recovery efforts.