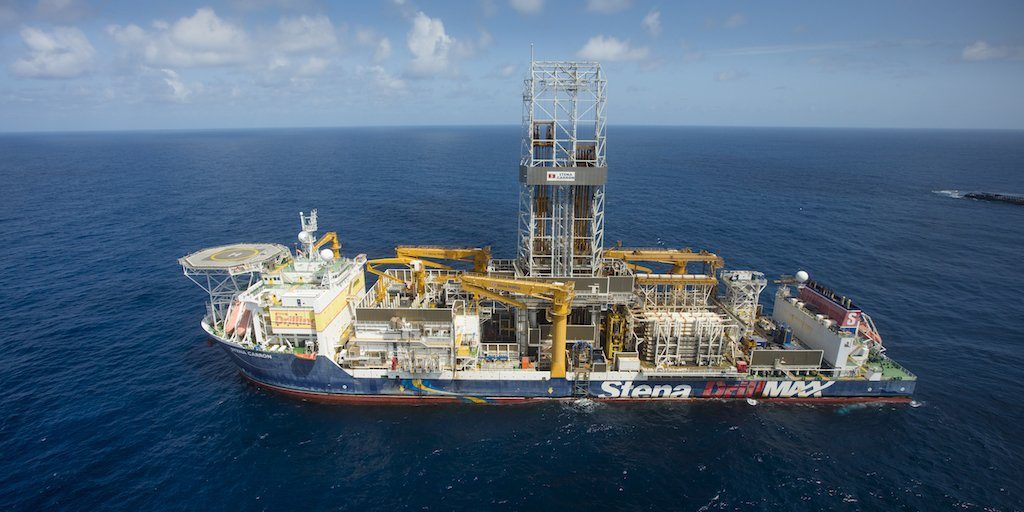 ExxonMobil said it has “encountered 78 m of high-quality oil-bearing sandstone reservoir” near the Turbot discovery southeast of the Liza field offshore Guyana.

The supermajor’s eighth discovery in the burgeoning oil province could bring about a new development opportunity in the southeast portion of the 26,800-sq-km Stabroek Block. The first phase of development drilling on Liza field began in May.

The Longtail-1 discovery well was drilled to 5,504 m in 1,940 m of water by the Stena Carron drillship, which spudded the well on 25 May. It is the second discovery in that area after the Turbot discovery of late 2017. The two discoveries’ estimated recoverable resources total more than 500 million BOE, said ExxonMobil.

For comparison, Liza Phase 1 is developing 450 million bbl. “However, how the consortium decides to develop Turbot and Longtail is dependent on any future discoveries on the block,” noted Muhammed Ghulam, associate, equity research, at financial services firm Raymond James.

Following completion of Longtail-1, Stena Carron will move to drill the Hammerhead-1 well 9 miles southwest of the Liza discovery. ExxonMobil plans to add a third drillship off Guyana that will operate alongside Stena Carron to explore the block’s several prospects.

As it stands now, three phases of development offshore Guyana are expected to result in oil production of more than 500,000 B/D by late 2023.

The Noble Bob Douglas drillship is completing initial stages of drilling for Liza Phase 1, which will consist of 17 wells connected to the 120,000-B/D Liza Destiny floating production, storage, and offloading (FPSO) vessel. Production from the first phase is expected to begin in early 2020.

Phase 2 of the Liza development, slated to begin production in mid-2022, will employ a second, 220,000-B/D FPSO. Phase 3 would closely follow Phase 2 and develop the Payara and Pacora discoveries.

Success offshore Guyana kicked off in May 2015 with the Liza discovery, which has been followed sequentially by the Payara, Liza deep, Snoek, Turbot, Ranger, Pacora, and now Longtail discoveries.

ExxonMobil’s growing emphasis on Latin America includes expanded holdings in Brazil, where the firm in June gained stakes in the highly coveted Uirapuru block in the country’s 4th pre-salt bid round and BM-S-8 block—and its Carcara discovery—in an acquisition from Equinor.