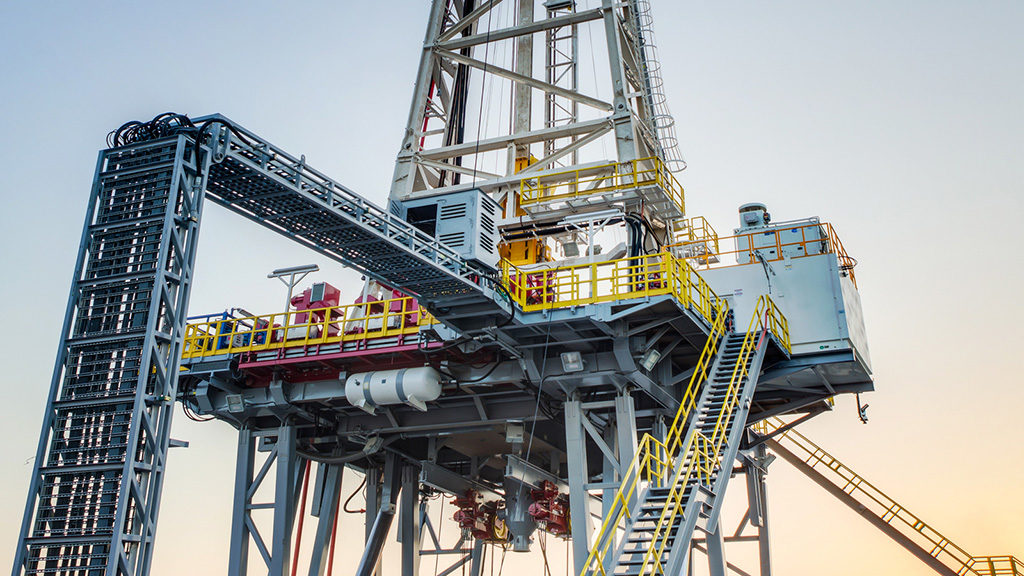 An NOV rig stationed in the Middle East. Source: NOV.

The JV will establish a rig and equipment manufacturing facility in Ras Al-Khair, near Jubail Industrial City on the kingdom’s east coast, with the capacity to manufacture 10 rigs/year and offer equipment repair services and recertification. It will also have the ability to supply drilling packages for offshore jack up rigs.

The facility is expected to be commissioned by 2020, with the first rig delivered by 2021. NOV will own 70% of the JV, and Aramco will hold the remaining 30%. The JV will also establish an education center to train Saudi technicians in maintenance and operation of drilling technology.

Formation of the JV is part of $50 billion in agreements between Aramco and US energy firms announced last year, part of Saudi Arabia’s Vision 2030 reform that, in addition to diversifying the kingdom’s economy, intends to bring broad foreign investment, partnerships, and technology to its oil and gas industry.

“Over the past few years, Saudi Aramco has taken major steps to localize oilfield services in the kingdom, starting with drilling services, through establishing two rig operations joint ventures, one for onshore drilling and the other for offshore drilling,” said Al-Murshed. “This joint venture with NOV is a major step toward localizing oilfield equipment manufacturing and after-market services, starting with rig manufacturing.”

In deals with other major US service companies, Aramco in May enlisted Halliburton to bolster output from three Saudi shale fields via an unconventional gas stimulation services contract and, last December, tapped Schlumberger to provide drilling rigs and oil and gas well services over 3 years via two lump-sum contracts.