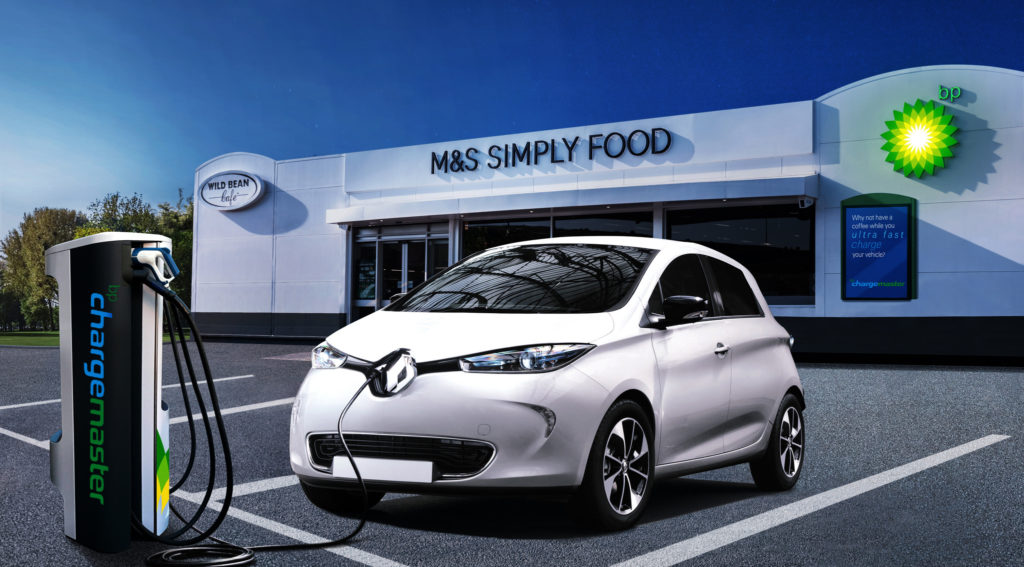 One of the world’s largest oil and gas companies announced in June its plans to buy up the UK’s largest electric vehicle charging station company. The move comes as the world’s automakers get set to release more than a dozen new hybrid or all-electric models by the end of the decade.

London-based BP said in a statement that its takeover of Chargemaster includes 6,500 charging stations within the UK is part of its bid to “support the successful adoption of electric vehicles.” The newly renamed BP Chargemaster will soon begin introducing 150kW “rapid chargers” that promise to power up an electric car for a 100-mile journey in just 10 minutes.

News of the Chargemaster acquisition broke less than a year after rival Shell shared plans to acquire NewMotion, a charging station company with more than 30,000 installations across 25 European countries. Shell CEO Ben van Beurden said at the time that, “Electric mobility has to happen—it has to happen fast.” In the months prior to the announcement, he made other headlines with his plans to swap his diesel-powered sedan for a plug-in.

The two international majors are blurring the lines between traditional big oil and the alternative energy business—and it is likely just the beginning. As the world grapples with the effects of climate change, the global investment community has responded by favoring publicly traded companies that embrace alternative energy technologies.

Speaking at a technology event in Houston last month, the head of one prominent industry research and investment firm said this investor pressure could change what it means to be an oil and gas company.

“I used to think, and have been a long time believer, that if you’re going to be good in oil and gas—you better do oil and gas,” said Maynard Holt, CEO of Houston-based Tudor, Pickering, Holt & Co. In the old days, it just did not make sense for upstream firms to play with wind and solar, or other alternatives. But in the not too distant future, he said, “you could look up and see we have lots and lots of companies engaged in many different forms of energy.”

Two dynamic areas Holt said to watch out for are natural gas and electric motors—or maybe more specifically, their marriage as natural gas increases its share of the power generation market. “If I had to bet on anything over the next years, I’d put all my money down on those two flavors.”

ExxonMobil has heavily marketed its research projects with biofuels (i.e. algae production) but it is also working on several others including the development of carbonate fuel cells. In 2017, Chevron started distributing diesel fuel in California containing up to 20% renewable biomass-based diesel.

Saudi Arabia’s largest commissioned solar power plant sits today in a parking lot at Aramco’s headquarters in Dhahran. And last year, it was reported that the national oil company was considering an investment of up to $5 billion in the renewable energy sector, a move that may bolster investor interest ahead of its highly anticipated initial public offering.