Growth in Offshore Activity Could Lead to Recruitment Boom 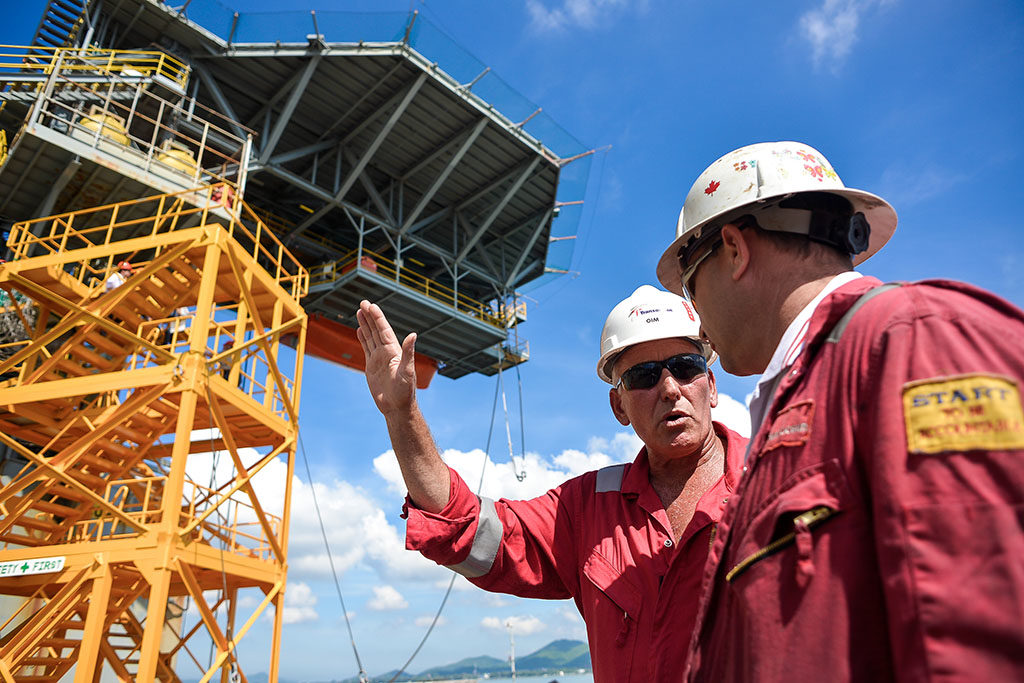 The past years’ negative trend in employment in the oilfield service industry is leveling out. Now, as new offshore projects are approved, the need for offshore workers is expected to grow, which could lead to a large expansion of recruiting efforts, according to the research firm Rystad Energy.

Although the workforce saw a 35% reduction between 2014 and 2016, the overall headcount at the top 50 oilfield service companies remained stable from 2016 to 2017 (Fig. 1). The lack of change in total is a result of increased hiring by companies working in the North American shale combined with continued, if more modest, cuts for companies working offshore. 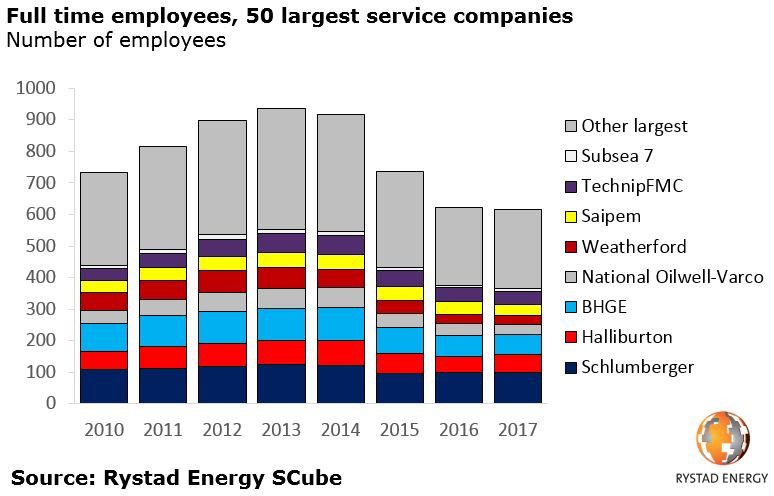 Companies involved in the North American shale industry faced especially large cuts from 2014 to 2016; however, these companies were the ones adding to their workforce last year. Halliburton and Nabors Industries, both large companies heavily exposed to the North American land market, expanded their workforces by 10% and 5%, respectively (Fig. 2). Among smaller companies with a strong focus on fracturing services, Trican Well Service nearly doubled its workforce and RPC increased its staff by 40%, including rehiring employees who had been let go. Aggregate hours worked within support activities for oil and gas is now back at the same level as in April 2015, which is just 15% lower than the peak in December 2014. 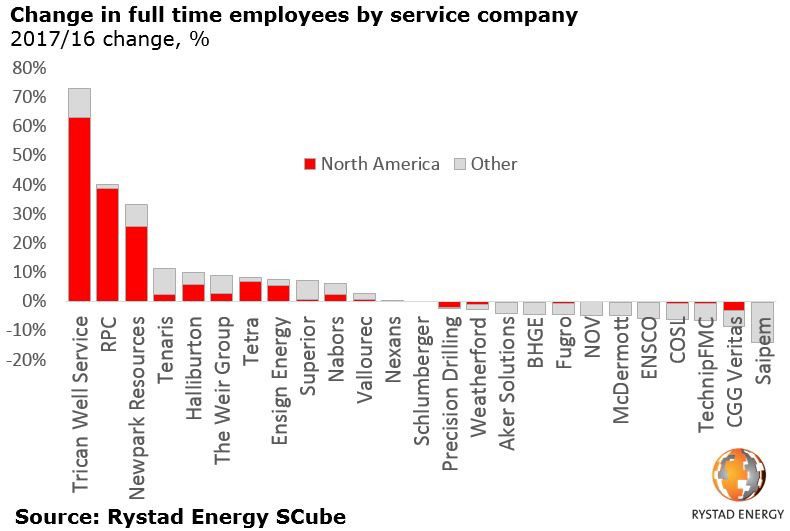 As employment in the oilfield service sector overall remained unchanged, growth within North American shale means that companies exposed to the offshore sector continued to struggle. National Oilwell Varco and Saipem, two companies with larger offshore segments, both reduced their workforce by more than 10%. For 2016–2017, the contraction in employment slowed for the offshore-focused UK oil and gas industry; 2016–2017 saw a 4.2% reduction in total employment, compared with reductions of 15.6% for 2015–2016 and 19.4% for 2014–2015.

However, since the end of 2017, hiring has also been picking up within the offshore sector as rising oil prices encourage more offshore projects to be approved. Rystad Energy said it expects almost 100 projects worth about $95 billion to be sanctioned in 2018 (Fig. 3). This compares with only 45 projects in 2016. With an additional 100 projects expected to be sanctioned in 2019, with higher average costs per project, the required activity levels for these would be 80% of the peak in 2013. This level is found by adjusting for the unit price reductions that have occurred in the offshore space during the downturn and comparing it with the $219 billion that was sanctioned in 2013. 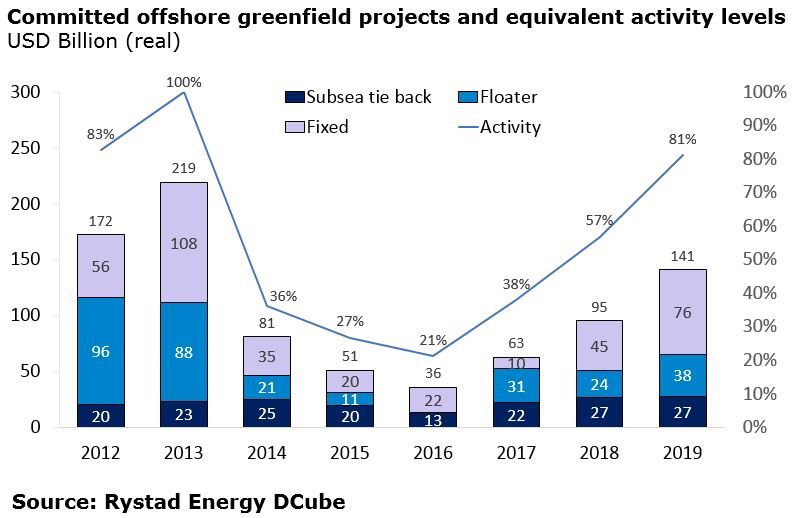 Together with expected continuous growth in the shale market, the overall service sector labor market is expected to grow to the levels seen in 2010. The 20% growth expected toward 2020 could lead to increased recruitment, good news for those looking to get back in to the industry.

Growth in Offshore Activity Could Lead to Recruitment Boom