Rapid Evaluation of Development Ideas Has Engineers Thinking: What If? 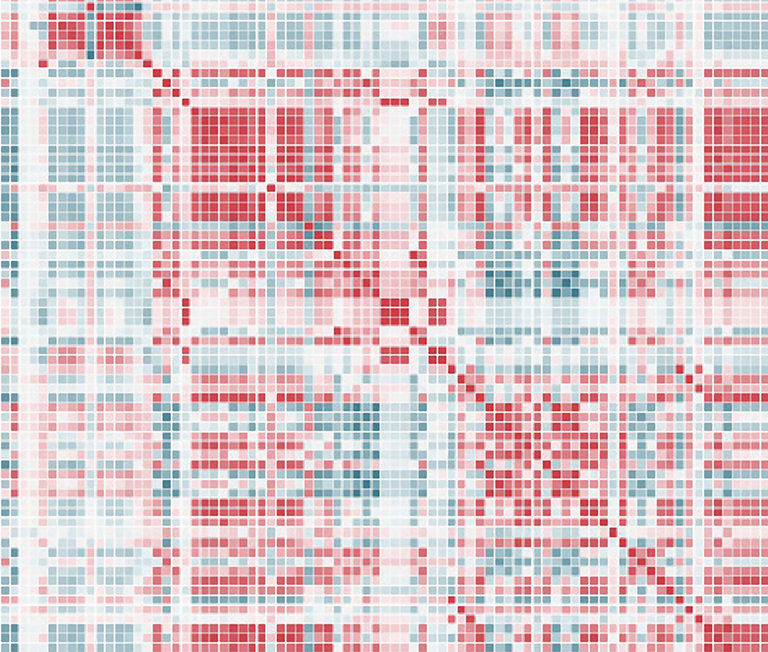 This visually demonstrates how a computer assesses the level of correlation between two variables, plotted on the x and y axes, in a predictive model. The warmer (redder) the color, the higher the interdependence. The process helps determine what correlations are used in a machine learning model. Source: Range Resources.

What started as a project to automate the tedious task of creating and updating well production forecasts at Range Resources led to a system that challenges engineers there to question the status quo.

The program has evolved from predicting future well output to showing engineers the many ways their ideas could affect asset performance, including a feature often missing from engineering software, instant estimates of the likely cost and return of each option considered.

“As Range was developing the Marcellus, they knew their teams of engineers and geologists were being creative and effective, but as the volume of data and number of databases grew, so did the painstaking job of merging and manipulating data.

One of the things that struck me about a year ago was that engineers were coming to me with ideas, with more thoughts and creative solutions than a year or two before,” said Ken Brown, Vice President of Reservoir Engineering for Range’s Appalachian Division. The independent operator is primarily focused on the Marcellus, where production is mostly natural gas and NGLs.

Automation has given engineers more time to think. “Because of the sheer volume of data, we were spending an enormous amount of time on a routine task, thus reducing the time available for critical thinking,” he said.

The new tools allow the team to quickly determine if ideas, that might otherwise be viewed as long shots, are actually worth pursuing. Each idea is evaluated based on a variety of measures, including widely used financial performance metrics.

The Range system relies on what computers do well, keep track of more variables and how they interact than a human can in real time. And it can offer alternatives. As a result, Brown said, “it might provide you with options you have not thought of before.”

For example, the analysis may point out that rather than drilling and completing a five-well pad, it would be better to drill four wells and use the proppant that would have been used in the fifth well to more intensely fracture the other four wells.

The program can quickly predict how production would be affected by various versions of that approach, as well as how that would affect the costs and returns on the investment.

If increasing proppant by a significant amount improves recoveries and returns, what if we add even more? Setting up that simulation would take less than 5 minutes, said Matt Ockree, Senior Reservoir Engineer for Range who is the liaison to Novi, the company developing the software.

Convincing analysis generated quickly greatly enhances the consideration of ideas that require changes in the operation, and people’s habits.

In the unconventional business, there is pressure to reduce well cost by identifying optimal well designs early so operators can quickly move into the “mass-production” phase of development. Once the optimal designs have helped drive down costs, that can make it hard to convince the organization to change the formula.

Change requires data to show that the proposed change will pay off. Still there can be questions raised about breaking from accepted ways of doing things.

Machine analysis is unemotional and indifferent to those feelings. Joe Frantz, Vice President of Engineering Technology for Range Resources, said, “When you use this tool, you are forced to see reality and some biases are revealed. And you can start to deal with that.”

The ability to quickly work through multiple options is critical because what qualifies as “optimized performance” varies, based on commodity prices, annual budgets, corporate strategy and pipeline capacity, among other things.

When asked about the biggest benefit from the system, Brown’s short answer was “it allows us to analyze alternate completion options much more efficiently and much earlier in the game.” For example, the time required to scope out the economic impact of a major change in a development scenario has shrunk from days to hours.

Ockree is now developing Range’s list of enhancements to this AI project for the next 3 years. There are critical components, such as well spacing, where the software needs to evolve to keep up with a growing understanding of the resource.

“As you solve a problem you start to see more and more levels of complexity,” Brown said. As a result, “we will modify the tool as we see opportunities. It will never be a static tool.” 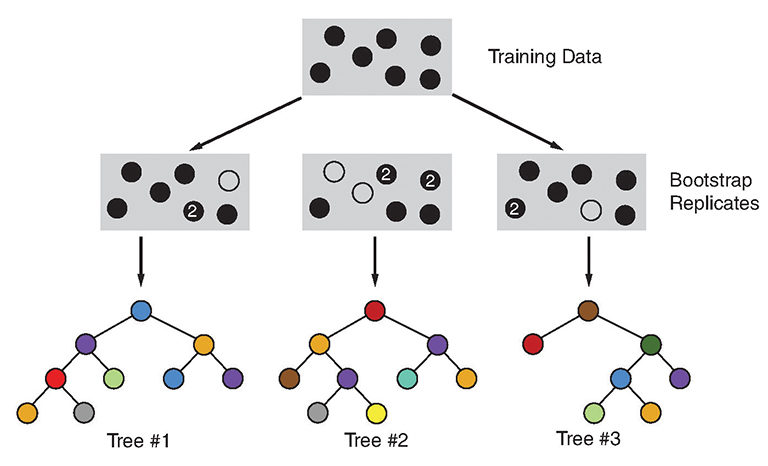 A simplified example of a process known as Random Forests that is used to identify the features and values likely to minimize prediction errors. Source: Range Resources.

Range’s digital development program began 5 years ago with advanced data analysis studies that yielded results that were interesting, but not as immediately useful as anticipated.

They were thinking big. One earlier project used machine learning to analyze data from 69 wells in an effort to determine which of the 37 completion design variables had the most impact on production (URTeC 2430481).

The study concluded the key variables were drilling the best rock and pumping more proppant to create longer propped fractures. At the time, that was all true—but not new. Before the study was completed, Range had already modified its completions by increasing the amount of proppant pumped.

If you told someone on the completions team what we learned from that study, they would have said, “we knew that” because that was common wisdom in the industry, Brown said. His response to that comment: “Of course, but the machine figured out the same thing in days—it did not need to study the data for months or years.” Still, human oversight is prudent to ensure the computer stays on track.

That early work taught them a critical lesson about investing in advanced analytics—the value of the answer is proportional to the quality of the question.

From then on, every project had to address a pressing problem, where the solution could generate “an increase in cash flow and returns,” Brown said.

Those forecasts offer a reliable basis for allocating resources, like proppant and water, to maximize the return on that investment and suggest that “our mentality of ‘more proppant is always better’ is true, up to a point,” Brown said, adding “well spacing obviously plays a major role in the equation.”

The projections also generate a produced water estimate that is more accurate than the ones used previously. That has helped Range staffers better plan how to reuse water from its wells, he said. 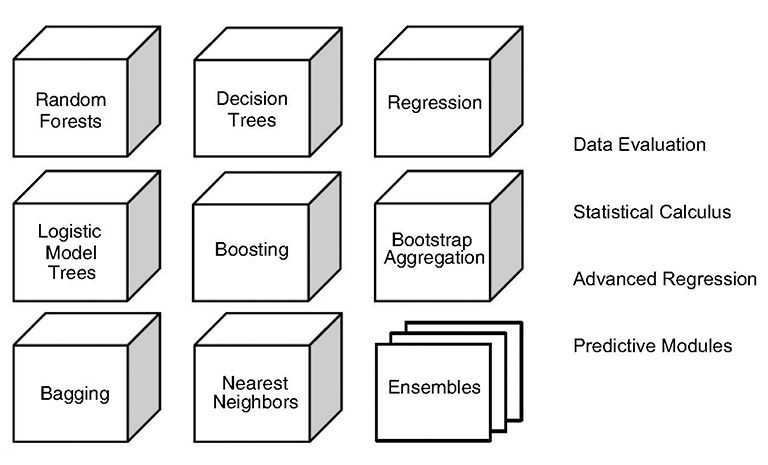 Range’s software development began by solving what Brown described as a “painfully obvious” problem; the forecasting methodology used over the years was industry standard and produced accurate type curves—but it was very time consuming. Range can now maintain accurate production forecasts, but can do so much more efficiently.

Continued validation and development will be required to keep up with changes in field development. Other parts of the software are enabling tests of different landing zones, well spacing and completion designs aimed at increasing productivity and improving type curves.

Range partnered with Novi, a company offering a wide range of expertise, including data scientists, computer interface experts, and oil industry experts who understand the unique demands of exploration and production.

Range was willing to deal with the difficulties that come with being a beta user because Brown said we wanted a tool “geared toward things specific to our business.” The decision was made easier because their partner regularly met, or exceeded their goals, he said.

Production predictions based on statistical modeling were merged with Range’s geoscience data and simulations. “When geologic models over the entire play were incorporated into the model it significantly improved production forecasts,” Brown said. This was the same observation Range made years ago when they started the play and began developing type curves. The computer learned it just like Range did—but much more quickly. While this was intuitive to Range, they needed to make sure the model was capable of discovering the importance of geology on its own.

While this work started by addressing a petroleum engineering problem, it is expanding into other areas. Brown described the challenge of developing a reservoir like solving a “big Rubik’s cube.” There are multiple interactive variables—the number of wells, lateral lengths, spacing, completion designs, whether to compress the gas and more. Unlike the puzzle, there is no set definition of “optimized performance.”

Well development plans may need to be adjusted based on current and projected natural gas and liquids prices, available pipeline capacity, or the company’s current capital spending plan.

When prices are depressed, the system can help identify the lowest-cost option for sustaining production within the proposed capital budget. “Whenever you change the completion design from one to another, it quickly accounts for the different capital spending involved,” Brown said.

The system provides another tool to help engineers manage potential capacity limitations on gathering lines. This is increasingly important as Range continues to extend lateral lengths within its core operating area, drilling several wells to 15,000 ft or more in the last year. Those wells deliver many times more gas than the 3,000-ft laterals Range drilled 6 years ago.

A well production surveillance module has been built into the system, designed so “just about anybody can start comparing and contrasting” performance with limited training. The system minimizes the need for manual data manipulation and runs very quickly. Consequently, engineers are using their time more efficiently and can focus on generating creative solutions to development challenges.

It draws on the particular history and design of each well to look for meaningful performance comparisons. It allows Brown to “have a feel for a test that has been in the field for a couple of months.” Brown can now identify appropriate control wells and compare them to the test wells to assess the new well design—all in about 5 minutes.

As the system grows, so does their appetite for more analysis. Future AI projects under consideration are in the areas of drilling and completion, infrastructure efficiency, and artificial lift.

Based on their experience it is likely to be a winning investment. Brown will not offer an estimate of the return on Range’s investment but admitted, “there is absolutely no doubt in my mind that the system has added value.”

Rapid Evaluation of Development Ideas Has Engineers Thinking: What If?