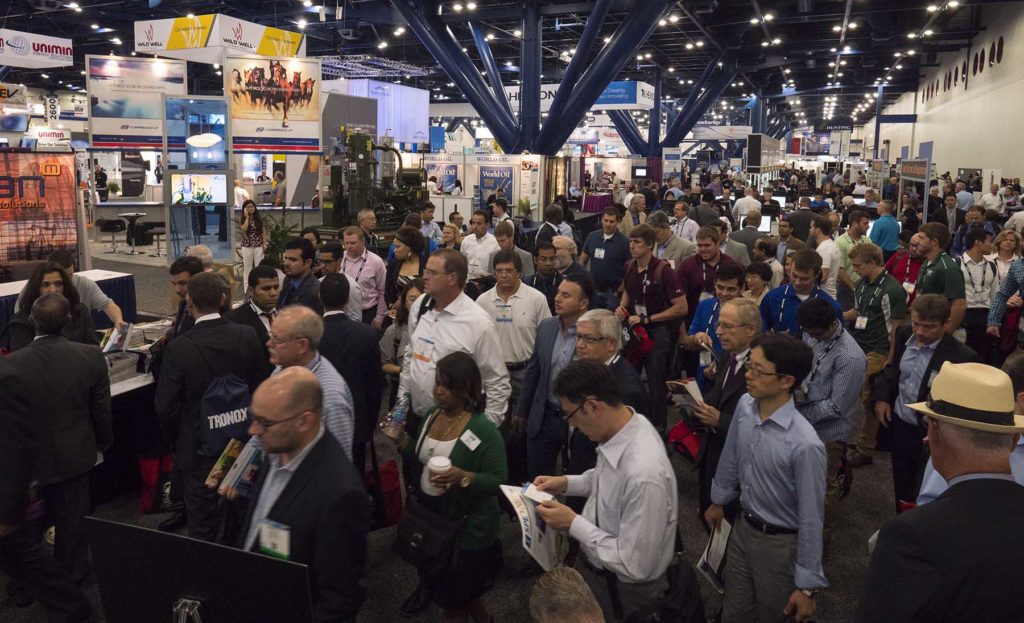 ATCE 2018 is expected to draw more than 8,000 participants and will include almost 400 technical presentations on the oil and gas industry’s latest insights and innovations. Source: SPE

Enticed by the promise of billions of dollars in savings and production uplift, the oil and gas industry has paid heavy attention in recent years to the fast-paced development of big data and artificial intelligence (AI) tools. Budgets for this area of advanced computing software have exploded since the onset of the downturn, and now industry professionals want to know more than ever what success really looks like.

To share views on how the industry’s digital transformation is shaping up, top executives from Google, Shell, Encana, and Schlumberger will take the stage for the opening session of the SPE Annual Technical Conference and Exhibition in Dallas, September 24–26.

This kickoff discussion will focus on the culture shift required to adopt big data tools, and how to effectively leverage a new workforce of digitally-enabled engineers and scientists that is beginning to fill the industry’s rank and file.

Darryl Willis, the newly appointed vice president of Google Cloud’s oil and gas unit, is a trained geologist who spent more than 2 decades in senior positions at BP. From the podium, he plans to share perspectives on the digital challenges and opportunities the upstream sector is currently faced with.

“Machine learning, data analytics, and AI thrive on lots of data,” and while the industry has plenty of that data, “it only uses a fraction of it,” he explained.

To start unlocking the value of this information, he said that companies must do things that include “liberating” data from their traditional silos while also ensuring they are in fact capturing high-quality data from their wells and rigs. These are just two of the big steps required to take advantage of the power of cloud computing, and by not taking them, future profits are at risk.

“Companies will either be a catalyst for change, or they will be a casualty of change,” said Willis, citing projections that say many of the globe’s largest firms are poised to be surpassed by newcomers as technological and economic disruption continues.

ATCE’s opening session will provide attendees a chance to hear about where the industry is making the right moves and seeing positive returns on its recent investments in digital technologies. One place that fits the bill is the Wamsutter tight-gas field in Wyoming, an asset that Willis used to be in charge of during his tenure at BP.

“Wamsutter was a very tough field to produce because it was 2,500 wells over 2,500 sq. miles,” he said. “The way we managed that field was by sending pumpers, out in trucks, to actually check on the health of the wells.”

But business-as-usual changed last year when BP hooked 180 of those wells up to an AI program developed by a Silicon Valley startup called Kelvin Inc. The success metrics from the pilot were highly encouraging: operating costs dropped by 22%, production increased by 20%, and gas venting was cut by a whopping 74%.

Google was not involved in that project, but Willis said it represents a clear example of how digital technologies “can better enable the delivery and efficiency of an oil and gas field.”

Expect to see Google partner up with similar oil and gas tech startups as the competition heats up with its cloud rivals Amazon Web Services and Microsoft. Along with the infrastructure to ingest industrial-sized data sets, each of these tech giants have built advanced analytics and AI toolsets into their cloud products to provide more adoption incentives.

So far, Google has landed several big industry cloud-clients: Repsol, Total, Schlumberger, and Baker Hughes. Some of the highest-profile work being done with these companies involves analyzing the enormous data sets produced by 3D seismic surveys.

In April, Total announced it is using Google’s cloud-based AI to speed up the long cycle times involved with interpreting the subsurface information. Google has also been working since last year with Schlumberger on a similar seismic effort, and several others.

Willis said he is “struck” that it takes 12 months to process a full 3D survey, largely because “it took 12 months to process seismic data sets 15 years ago.” While many would be happy to cut this time in half, Willis is talking with exploration firms about reducing it to just 2 months.

“That’s probably a moonshot,” he said, using the company’s famous phrase for lofty undertakings, “but it’s something that [Google] can probably help work through.