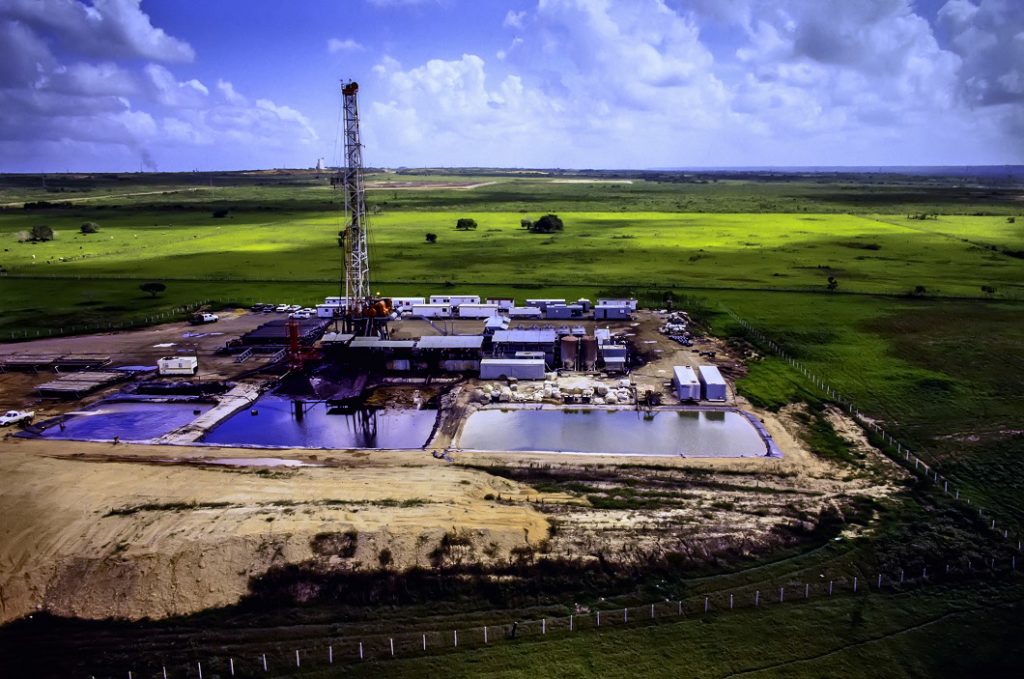 Today’s advancements in unconventional technology are worth marveling over, but there is still plenty of room for growth, a panel of industry leaders agreed this week at the Unconventional Resources Technology Conference (URTeC) in Houston.

“There are certain times in the history of the industry when technology proceeds at such a fast pace, you would describe it as revolutionary. We are living in one of those times,” said Greg Leveille, ConocoPhillips chief technology officer.

Driven by concurrent revolutions involving unconventional reservoirs—with the accompanying drilling and completions techniques—and data analytics, the US now produces about 27.5 million BOE/D, “by far the largest amount of production of any country on the planet—well ahead of Russia and almost double Saudi Arabia on an oil and gas basis,” Leveille said.

However, the industry is still in the “very early innings” of this transformation, said Chris Cheatwood, executive vice president and chief technology officer at Pioneer Natural Resources. “We're still using the tools from the vertical world in the horizontal world. We’ve got to start doing things differently” to keep production rising.

Chris Spies, vice president of geoscience and technology at Concho Resources, more than agreed with Cheatwood’s sentiment, saying the industry is merely in the “third inning of a seven-game series.”

Where are the Breakthroughs?

“I think that the amazing thing about watching unconventionals grow, particularly over the last 5 years, is that there hasn't been a real breakthrough technology,” Spies said. There “hasn't been a major leap in innovation. It's just all these little tiny tweaks to the landing zone, to the perf cluster spacing, to the proppant we use, to the fluid volumes.”

While many of the advancements have been well-documented, Leveille said, “Wall Street wants to know: Is there anything else out there?” Operators are starting to show better financial discipline. Crude prices are higher and costs have retreated, but those will fluctuate, meaning something material is needed to sustain the industry into the coming decades.

“The downturn was a blessing in disguise” because it necessitated innovation, said Yanni Charalambous, Occidental Petroleum vice president and chief information officer. “Companies are run the best when they are really pressed.”

Perhaps the biggest change from the last few years, Charalambous said, “is that finally the oil and gas industry realized that data is an asset” and data needs to be managed like an asset. This has provided countless opportunities to utilize analytics and machine learning.

He likened unconventional development to an accelerating treadmill, as maintaining productivity remains an uphill challenge. “You drill five wells this year. With the decline curve, next year, you’ve got to drill at least 10 to stay flat.” Improvements on this front will come through the industry continuing to evolve its analytics approach.

Currently drillers are machine operators, she explained. “He's making sure that that he can lift up the pipe, he can rotate the pipe, he can start the pumps. This is manual work. He sits in a drill cabin, but it's still very, very manual.”

“When you are connecting a pipe and going down and tripping into the hole, it's the same sequence every time. He's doing a very repetitive job, and this can all be automated. So we can make it into a process so that the driller now can push a button and say trip into the well,” and that is done. This would enable him to pay more attention to what’s happening downhole, Kverneland said.

A piece to the drilling automation puzzle is wired pipe, she said, which can provide “a thousand times more data on the fly.” NOV has a tool that transmits data at 57,600 bits/second from downhole to the surface.

As for drilling time, focusing on weight-on-bit can yield 5-10% improvement, she believes. But there’s much more value to be captured than just drilling faster. It is about “drilling better” and getting a straight borehole that makes for smooth completions. She also sees room for much more automation in completions, an area that is still “very manual.”

Charalambous wonders if there is an oilfield in the future that is almost entirely autonomous. Veteran workers are retiring, and their children have pursued work in other industries, including in the Permian Basin, where more people are needed to sustain and handle rapidly growing production.

The next stage of solutions, he said, includes developing digital twins and using tools such as VR goggles during all of maintenance, drilling, completions, and production operations.

Cheatwood sees continued movement toward the oilfield resembling a manufacturing operation. “Think about a tomahawk missile: You program where you are going to send it. You fire it. It flies a thousand miles, and it hits a target within a 10-m range. Why can’t we make our bottomhole assembly like a tomahawk missile? We program it. We observe it. And we let it go.”

“Because we are drilling similar wells thousands and thousands of times, I think that is achievable sooner than we think,” he said.

Referring to the latter, Spies said, “A lot of these organic mudstones may be absorbing a lot of oil, and there's some things we can do on a chemical side to help liberate some more hydrocarbons. I think that's also at the forefront.”