Now There’s Enough Pressure Pumping and Sand to Go Around 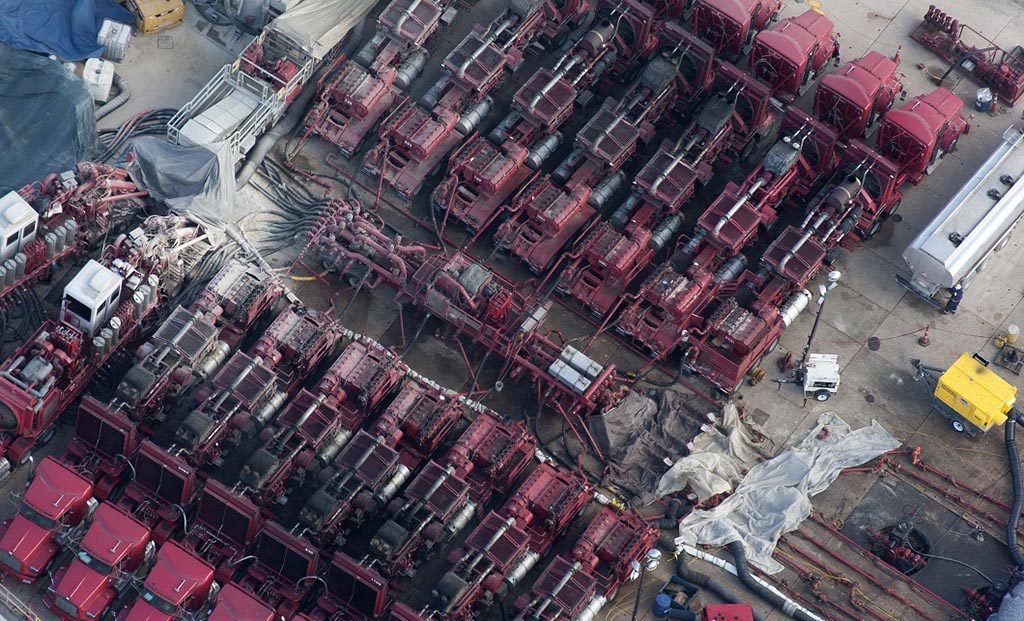 Operators fracturing wells in the US shale basins are enjoying a steady supply of reasonably priced pressure pumping services and sand.

After the market struggled to keep pace with demand after the downturn, pressure pumpers are deploying enough horsepower to satiate operators and their ambitious production targets, according to data from Rystad Energy. Fracturing work is being augmented by the proliferation of in-basin sand mines, which provide operators a more convenient, less expensive source of proppant during frac jobs.

On the supply side, horsepower is expected to increase by 4.8 million in 2018, more than meeting demand. Growth will halve to 2.4 million hp in 2019 and then spike to 5.1 million in 2020. The increase next year will primarily serve to fulfill “skyrocketing” demand in the Midcontinent and Haynesville regions, said Ryan Carbrey, Rystad senior vice president, shale research, during a frac market webcast.

As of mid-2018, all horsepower that was previously available for refurbishment has been refurbished, Carbrey said, meaning only new horsepower will be added to the field going forward. The overall increased supply—from both refurbished units and newbuilds—has stabilized the market, and price increases aren’t expected through late 2018 or early 2019.

However, some operators aren’t pleased with the work they’re seeing, Rystad has observed. A vice president of one exploration and production (E&P) firm told the consultancy, “Some of these companies grew too fast and the quality of their crews reflect that—too many new guys that don’t know what they’re doing yet.”

Meanwhile, pumping intensity growth, which has increased rapidly since the downturn, is forecast to decline in the coming years “as we believe a lot of the gains from increasing horsepower hours have already been realized,” said Carbrey.

In the Permian Basin, the hub of US fracturing activity, horsepower is one potential stumbling block that isn’t currently an issue.

“I can pick up the phone right now, request a frac crew in the Permian, and get it. I couldn’t do that 6 months ago,” a division manager for an operator told Rystad.

While horsepower demand in the basin is expected to increase 49% this year, growth is expected to slow due to well-documented issues relating to trucking, roads, and takeaway capacity. The latter will be felt during second-half 2018 and first-half 2019 as outbound oil pipelines remain at full capacity.

Horsepower utilization in the basin has peaked and is expected to average above 80% during this year’s first three quarters before falling below that level for all but two quarters during 2019-2021. Those two quarters, third- and fourth-quarter 2019, are when new pipelines are expected to have come online.

“We’ve already started hearing of a few E&Ps pulling crews,” Carbrey said. “We’ve heard of service companies temporary placing crews from the Permian into the Eagle Ford [Shale], and we expect that to continue—at least until the pipeline issues are resolved.”

Lower frac efficiency has also been a problem in the basin due to logistical constraints and worker inexperience.

As with the other major basins, fracturing activity has intensified in recent years, but it won't last. Horsepower hours per horizontal well in both the Delaware and Midland Basins of the Permian are forecast to fall this year after rising 32% and 17%, respectively, in 2017.

In the Delaware Basin, almost all wells this year require more than 500,000 hp hr/horizontal well, a benchmark almost no wells surpassed there in 2014. Anadarko Petroleum had the most intense fracs of operators in the Delaware during 2017 and first-half 2018, requiring the most horsepower hours per horizontal well.

Driven by strong continued growth in intensity, lateral length, and wells to be fractured, US frac sand demand is expected to balloon from 42 million tons in 2016 and to 191 million tons in 2021, said Thomas Jacob, Rystad analyst, shale research, in a separate presentation. The consultancy forecasts demand in 2018 to total 118 million tons. The Permian now accounts for 40-50% of the total demand in the US.

Rystad projects frac sand supply to rise 64 million tons this year to 198 million tons, adding another 53 million tons next year as growth begins to ease. Some 45-50 million tons of new nameplate supply is expected to be available in West Texas by the end of this year. Taking delivery of that sand in a timely manner, however, will remain a challenge given the ongoing logistical constraints in the basin.

Across the US, average frac sand intensity, or the amount of frac sand pumped per lateral foot, is 1,900 lb/ft. Due to its geology, the Haynesville Shale is the most frac sand intensive play in the US at 3,000 lb/ft, followed by the Delaware and Eagle Ford at just more than 2,000 lb/ft each.

More and more sand is being sourced in-basin, a big change from before the downturn, Jacob noted. In 2014, northern white sand represented 75% of all frac sand supply. This year, it accounts for just 43%, with in-basin Permian sand now representing 24% of total US market share.

“With in-basin sand penetration, proppant costs are going to come down at the wellsite by 40 or 50%,” said Jacob. This means “costs wouldn’t be a deterrent to operators experimenting with higher proppant loadings.”

The Haynesville, Eagle Ford, Midcontinent region, and DJ Basin are also increasing in-basin sand content. “Our industry sources have also indicated that sand companies are looking into the feasibility of building sand mines in the Marcellus-Utica region and the Bakken,” said Jacob. There are sand reserves in Ohio that could serve the Marcellus-Utica and on the North Dakota-South Dakota border that could serve the Bakken, but the quality of that sand “is not that great,” he added.

While many sand companies and operators are considering adding more mines, others remain wary of overbuilding like the industry has done in the past.

“From a quality perspective, northern white sand is the gold standard,” Jacob said, but the downturn showed that “the industry is a lot more comfortable using lower quality sand.”

Now There’s Enough Pressure Pumping and Sand to Go Around