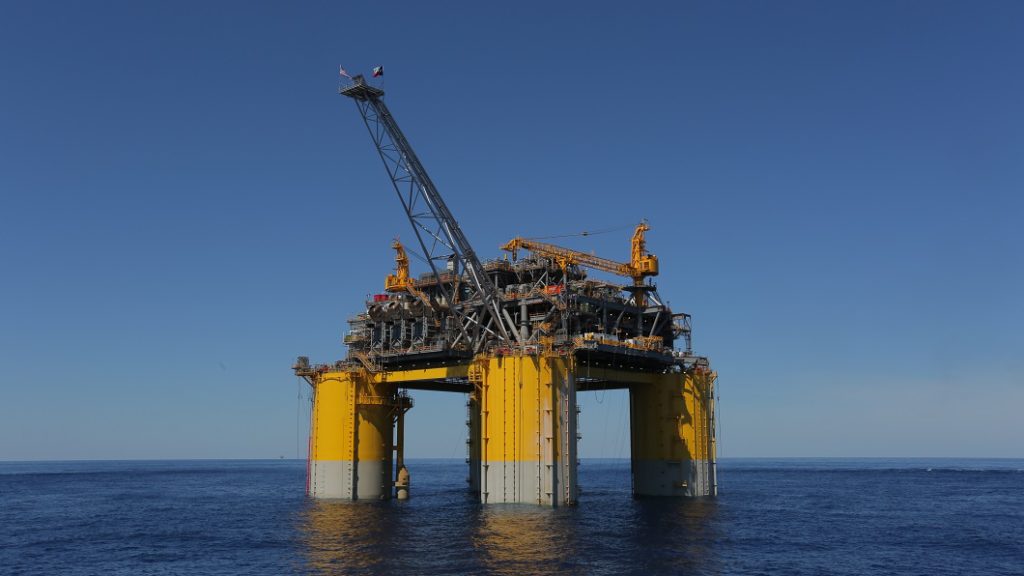 On 15 August, Hess won 16 blocks in bids totaling $36.2 million in US Gulf of Mexico Lease Sale 251. Earlier this year, the New York City-based independent celebrated the production startup of its operated Stampede development (pictured) in the gulf. Source: Hess.

The third regionwide US Gulf of Mexico lease sale drew more bids and more money than the first two, providing, for now, another reason for optimism in an offshore industry hungry for a resurgence.

Lease Sale 251 drew 171 bids on 141 blocks with high bids totaling $178.1 million, up 43% from the last regionwide auction in March, the US Bureau of Ocean Energy Management (BOEM) announced from New Orleans on 15 August. Twenty-nine companies submitted bids, including the usual group of participants consisting of majors and big independents from past lease sales.

Offshore operators showed “their continued confidence in the region,” said William Turner, senior research analyst at Wood Mackenzie, in comments following the event. The improved results came in spite of less acreage being made available compared with the March auction—the largest ever—and the government’s unwillingness to budge on recommended cuts to offshore royalties.

Several blocks won by ExxonMobil toward the eastern gulf were relinquished from the 2007 and 2008 lease sales, Wood Mackenzie noted. Those blocks were previously held by Shell, whose bidding declined this round compared with recent auctions.

Hess ranked second in sum of high bids at $36.2 million, which included the single highest bid for a block in the auction: $25.9 million for Mississippi Canyon 338. The independent totaled 16 high bids.

The high bid from Hess was the round’s “biggest surprise,” said Turner. While the block lies “in the heart of the Mississippi Canyon near BP’s Na Kika offshore platform,” it’s also near Noble Energy’s Silvergate prospect that turned up dry in 2016.

It took just five high bids for Chevron’s sum to reach $18.7 million, the majority of which came from the $11.1 million the company pledged for Mississippi Canyon 743.

Turner said the results, particularly from ExxonMobil and Equinor, showed “an increased appetite for risk with bids on remote blocks,” supported by higher oil prices and a competitive return on investment in the Gulf due to improved efficiencies.

“While not a barn burner, Lease Sale 251 tops the previous gulf sale” given the increased participation, increased competition, and high bid amounts, Randall Luthi, president of the National Ocean Industries Association, said in a statement. “In addition, bidding activity demonstrates both continued interest in deepwater tracts and renewed interest in shallow-water tracts.”

Luthi believes the US gulf operating environment is showing “tangible signs of improvement” and “is poised to shift into high gear,” as “oil prices are higher, revisions to overly burdensome regulations are in the works, rig rates and supply chain prices are more competitive, and companies have improved the efficiency of their operations. The results of today’s sale reaffirm the paradoxical state of an offshore energy industry in slow recovery mode: The future is bright, but shifting out of reverse takes time.”

The three regionwide auctions are part of the 2017–2022 Outer Continental Shelf Oil and Gas Leasing Program under which 10 lease sales are scheduled. Two gulf sales are slated to be held each year and include all available blocks in the combined western, central, and eastern planning areas.

Top 10 Companies Based on Sum of High Bids