Can You Measure Reservoir Depletion While Drilling? 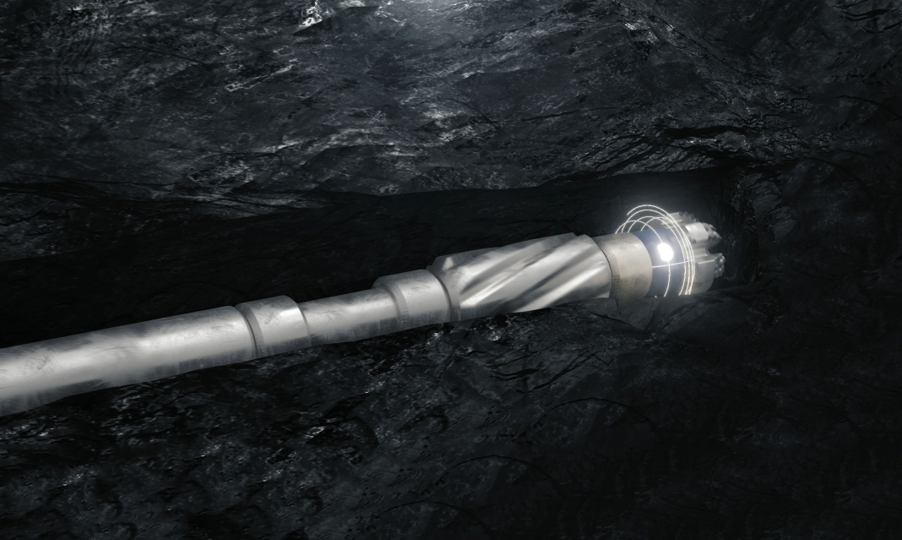 A new measurement device is placed directly behind the drill bit, where it interprets vibrations that are similar to tiny earthquakes to characterize reservoirs for about a tenth of the cost of other logging methods. Source: FractureID.

The wellbore-focused service has been used by more than three dozen operators to improve on several different aspects of completion efficiency, including helping to make sure proppant effectively moves into perforations.

While a lot of its work is focused on what is happening around the wellbore, over the course of its 350-well track record the company has determined, “what we’re measuring in the near-field has some extension out into the far-field,” said Chris Neale, the chief execu­tive officer and founder of Fracture ID

He explained that the downhole data the firm gathers during drilling show correlations to the pressures that oper­ators monitor during and after stimu­lating a fracture stage. This relation­ship is seen as one key to predicting which stages will most likely lead to fracture interference.

At the core of Fracture ID’s service is a foot-long accelerometer device that sits behind a drill bit and enables the Denver-based firm to translate drilling vibrations into critical rock descriptions, includ­ing stress and strain, two performance-driving factors for completions.

In areas of the lateral where the device detects unusually low stress and brittle rock, there is a correlating signal seen in the post-fracture treatment pressures, which Fracture ID interprets as an indi­cation of depletion within the reservoir.

Conversely, a stage under higher stress has far less pressure pushing back, a sign that a smaller wedge of rock was opened. The takeaway here is that these stages have more pressure containment around them, and are less prone to inter-well communication effects.

These relationships cannot be estab­lished in a single well. But after a few are drilled and completed, and pressure communication events are studied, Frac­ture ID says shale explorers will have an idea of where the most depleted zones probably are.

“And if you know the geology, then you should complete the well different­ly—the same way you should walk down a hallway differently” once the lights are on and you can see all the obstacles in your way, said Josh Ulla, vice president of business development of Fracture ID.

A former borehole seismic expert with ExxonMobil, he noted that due to the high cost of traditional well logs, many producers only obtain downhole rock measurements on pilot wells. The price of not having more of that data comes in the form of vague models that frame deple­tion as uniform ellipses around wellbores.

“But the first thing you see when you start studying depletion is that it looks more like a spaghetti monster—it’s going off in all angles and is asymmetrical,” Ulla said, adding that despite their inac­curacy, operators remain reliant on these models to help determine well spacing.

Fracture ID thinks that because the cost of its service is a fraction of tradi­tional well logging, it justifies the data acquisition effort needed to enhance the depletion models. It recently launched a 10-well study with two clients to prove it.

The startup says its approach has already seen some validation. Last year, its technology was used in a science proj­ect with shale producer Liberty Resourc­es. A new well was drilled perpendicular to and under three vintage wells in the Bakken Shale, only two of which had ever been hydraulically fractured. According to a jointly authored case study, “indica­tions of depletion and induced mechani­cal heterogeneity were observed only adjacent to those stimulated wells.”

Can You Measure Reservoir Depletion While Drilling?