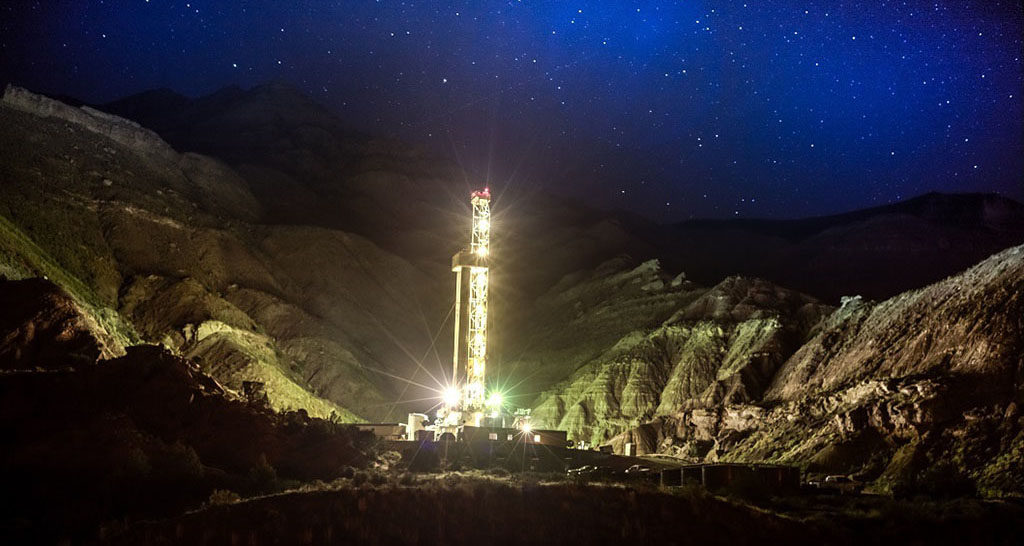 WPX Energy’s decision to reconfigure its portfolio and buy into the Permian during the downturn was a bold one not viewed favorably by its shareholders at the time. Now, with its operator peers bidding almost $100,000/acre for nearby land, the company can confidently say it was a pacesetter.

“We had the sheer opportunity under the cover of darkness during distress in the industry,” and the company pounced, said Clay Gaspar, WPX Energy president and chief operating officer, during a presentation last week at the SPE Liquids-Rich Basins Conference in Midland, Texas.

Awash in the tidal wave of Permian mergers and acquisitions over the past few years, WPX’s $2.35-billion purchase of privately held RKI Exploration & Production in 2015 feels like ancient history. But to Gaspar and his fellow management who joined the company just before the freefall in commodity prices, it’s an inflection point.

WPX had been “distressed at $100 oil,” Gaspar explained. “We would have been out of business if we didn’t make some incredibly aggressive changes at $26 oil,” a reality that shareholders—not known for their patience when it comes to long-term portfolio overhauls—couldn’t comprehend.

Prior to the deal, when the company’s top five shareholders caught wind of management’s interest in the basin, they warned, “Look, if you buy into the Permian Basin, we will not just sell some of our shares—we will sell every share we own,” Gaspar said. After the acquisition was announced, WPX share prices plunged.

“We made the most out of it,” he said. “We not only survived the down cycle, we rebuilt the organization. We made some incredibly important acquisitions, divestitures, and very strategic moves around the restructuring.”

Stemming from the RKI deal, that core Delaware position is centered on the Texas-New Mexico state line in Loving and Lea Counties. Gaspar noted that two blocks offset WPX’s position in Lea County just fetched $95,000/acre in a 5-6 September lease sale held by the US Bureau of Land Management (BLM). WPX paid a mere fraction of that price.

The lease sale grossed nearly $1 billion in bonus bids—on its own more than doubling what was BLM’s largest sales year ever. “We participated. We got pretty aggressive. We didn’t get aggressive enough,” Gaspar remarked.

The Permian isn’t everything for WPX, though. “I truly believe we are in the sweet spot of the sweet spot of the Delaware Basin,” he said. “I also truly believe our economics in the Williston are better than that.” He said the company’s Williston wells are being drilled at around $6.5 million for a 2-mile lateral, coming online at 4,000–5,000 B/D of oil with estimated ultimate recoveries totaling 1.5 million–2 million bbl. Plus, there are no infrastructural or logistical challenges there.

“The challenge for us is inventory,” he said. “I wish I could tell you I had 4,000 more of these wells.” Currently, that number is in the hundreds.

The struggle in the Permian, of course, remains staying ahead of infrastructural or logistical constraints. Gaspar noted the RKI deal included 375 miles of gas pipeline and equipment for storing and shipping water, which people at the time thought was way overvalued at a half-billion dollars.

“As it turns out, we were completely wrong on the midstream. It's not worth a half billion—it's worth probably $2 billion,” he said. Those assets allowed WPX to build “a pretty nice, sizable company within our company just associated with midstream.” WPX last year formed a joint venture with Howard Energy Partners to develop oil gathering and gas processing systems in the Stateline area of the Delaware. The JV is currently starting up its 200-MMcf/D Stateline cryogenic processing plant.

“We were able to negotiate deals on oil pipe and gas pipe, and not just to get favorable terms, but also equity ownership,” he said. The company owns 25% of Oryx Midstream Services II’s crude pipeline system and 20% of WhiteWater Midstream's Agua Blanca gas pipeline.

The large amounts of gas and water produced “still remain a huge challenge for the basin,” Gaspar said. “And for us to extract the oil, we need to be really good at water.”

Like many others involved in the Permian, Gaspar believes water management and infrastructure will play a huge role going forward. There will continue to be a need for third-party businesses to solve problems for operators “that aren't thinking far enough in advance” on water issues. “There's a whole cottage industry of water companies popping up right now that I think will be very timely, very valuable entities.”

When it comes to moving gas, operators need to find ways to get it beyond the Waha, Texas, storage hub, he said. One market that was supposed to provide relief was Mexico, but that hasn’t come to pass. “Right now, West Texas gas is the lowest gas price in the entire United States,” he noted, saying he believes “there's a realistic chance gas prices go to zero in Midland.”