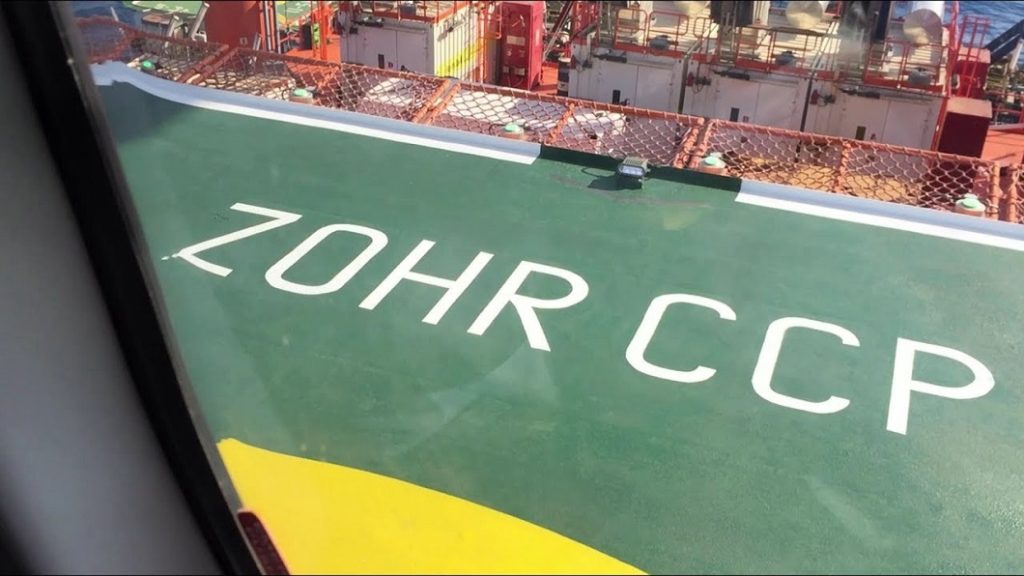 Eni started gas production from Zohr Field in December 2017. Output is expected to increase beyond 2.7 BCF/D in 2019. Source: Eni.

The Zohr Field offshore Egypt is now flowing at more 2 Bcf/D, or 365,000 BOE/D, less than a year after it started production. The benchmark comes as operator Eni solidifies concession agreements and ramps up exploration and development in the North African country.

The Italian multinational firm has stared up the project’s fifth production unit, T4, which consists of eight production wells and a 218-km, 30-in. OD pipeline commissioned last month. Production is expected to plateau at more than 2.7 Bcf/D in 2019.

With more than 30 Tcf of gas in place, Zohr is touted as the largest gas discovery ever made in Egypt and in the Mediterranean Sea. The field is on the Shorouk Block 190 km north of Port Said. Partners in the block are Eni with a 50% stake, Rosneft with 30%, and BP and Mubadala Petroleum each with 10%. Mubadala completed the purchase of its interest from Eni in June.

Eni produces some 340,000 BOE/D from Egypt, where it has operated since 1954. The company over the last couple of years has made the country one of its top priorities, drilling more wells offshore and onshore targeting both oil and gas.

Eni was recently granted the 739-km Nour exploration license 50 km off Egypt in the East Nile Delta. The company plans to drill an exploration well there in the second half. Egyptian authorities also authorized a Nile Delta concession agreement with a 10-year extension of the 203-sq-km Abu Madi West development lease, where the Nooros Field is located, and a 5-year extension of the 104-sq-km Ras Qattara concession agreement in the Western Desert.

Part of the Great Nooros Area, the Nooros Field is producing around 215,000 BOE/D. Eni holds a 75% stake in the concession. The company also holds a 75% interest in the Ras Qattara concession, where it plans a drilling campaign for the Zarif and Faras Fields.

Eni since May has reported three discoveries from the Western Desert, where it produces 55,000 BOE/D. The most recent was drilled on the Faramid South exploration prospect. The well reached 5180 m and encountered several gas-bearing layers in the Kathabta sandstones of Jurassic age, confirming the potential of the East Obayed concession.

Two oil discoveries, SWM A2-X and SWM B1-X, were made on the B1-X exploration prospect on the South West Meleiha license. The wells were drilled 7 km apart to explore the deep geological sequences of the Faghur Basin.

The first discovery, SWM A2-X, was drilled to a total depth of 5090 m and encountered 18 m of light oil in the Paleozoic sandstones of the Dessouky Formation of the Carboniferous age. The well has also encountered other hydrocarbon levels in the Alam El Bueib sandstones of the Cretaceous age. The well was opened to production in the Dessouky sandstones and flowed 2,300 B/D of 32° API gravity oil.

The second discovery, SWM B1-X, was drilled to a total depth of 4523 m and encountered 35 m net of light oil in the Paleozoic sandstones of the Dessouky Formation of the Carboniferous age and in the Alam El Bueib sandstones of the Cretaceous Age. The well also was opened to production in the Dessouky sandstones and flowed 5,130 B/D of 37° API gravity oil with low associated gas.