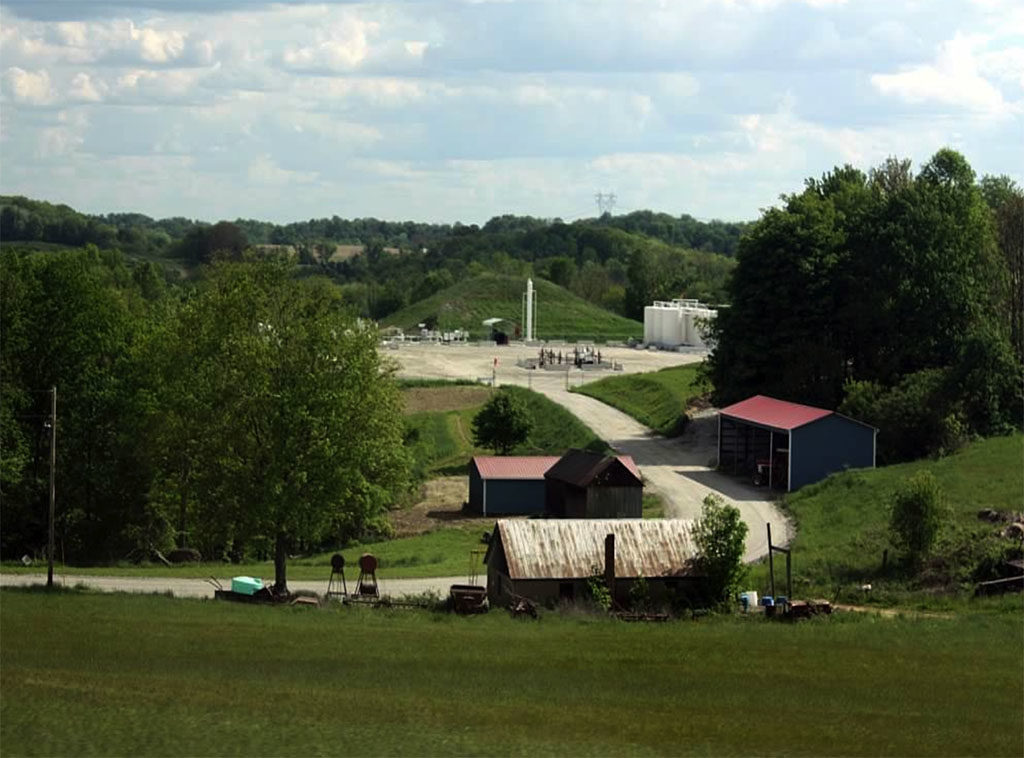 A study of water wells near drilling sites in the Utica Shale found methane in some, but not from nearby oil and gas wells. Source: University of Cincinnati.

A multiyear study of water wells in rural areas during intensive development in the Utica Shale found that some had high levels of methane (CH4), but chemical testing showed that was not the source of that gas.

Based on the carbon isotopes identified in the well water samples collected by researchers, the methane was from shallower depths. This biogenic gas was likely produced by bacteria in places like the soil and in coal seams, according to the study in the June 2018 issue of the journal Environmental Monitoring and Assessment.

There are "production-scale coalbed CH4 reserves in the study area but no active coal bed gas wells," it said.

That finding contradicts the arguments of fracturing opponents who say hydraulic fracturing leads to methane contamination of groundwater aquifers. The movie Gasland famously dramatized the claim by igniting gas from a flowing faucet.

An author of the report, Amy Townsend-Small, director of environmental studies and associate professor at University of Cincinnati, cautioned that “this study represents a very small number of groundwater wells, and a small geographic area” compared with the huge scales of unconventional development. Other studies have concluded that groundwater was affected by fracturing, but have not combined testing from the start of development and isotope identification.

The Utica study found concentrations in three locations that “had CH4 levels posing a fire or exploration hazard in enclosed spaces (above 10 mg/L).” Those represented a small percentage of the 180 ground water samples collected, according to the paper done by scientists from the University of Cincinnati, the University of California at Irvine, and Indiana University in Bloomington.

Researchers also collected multiple samples at many wells, some from the earliest days of unconventional development in those counties allowing them to establish base levels of gas and observe any changes over time. They collected from 2-8 samples over time from 24 wells. Those represented 118 of the 180 samples tested.

“We did not see an increase in CH4 concentration or change in the isotopic composition of CH4 in groundwater in regularly monitored wells over the study period despite a large increase in the number of producing shale gas wells in our study area. In fact, we saw a decrease” in some regularly monitored wells, the study said. It said the sample size was not large enough to investigate the reasons for changes.

They also measured the pH and electric conductivity, which would allow them to detect whether salty water from the formation or drilling fluids had entered the ground water. Those tests also indicated no significant changes.

Water samples were gathered from landowners who were given the test results in a five-county area, including Carroll County, near the Pennsylvania border, which was a center for fracturing activity at the start of the study.

The number of drilling permits issued soared from 115 in 2012, to 1,600 by February, 2015. The study did not specify the number of wells drilled in the study area where there many older conventional wells.

“Ground water contamination is still a primary concern for residents in rural areas where fracturing is happening, especially when they do not have any way to connect to municipal water supplies,” Townsend-Small said. The water sampling program ended when the grant ran out, she said.