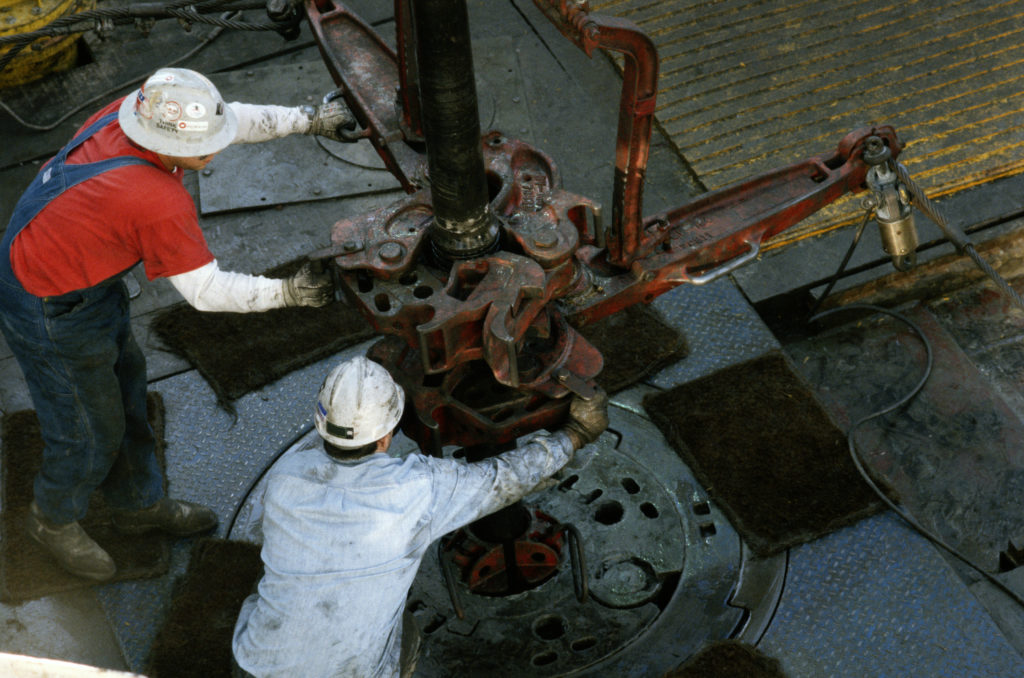 Do you know everything that happened inside your wells? Would you like to? Source: Getty

A former industry IT expert recently invented a program using open-source social media technology to make the work of inquisitive oil and gas engineers a little more like that of a special agent.

Named WellLine, it is the brainchild of Jeff Dalgliesh, the director of oil field digital transformation at Silicon Valley-based Maana, who previously spent 18 years at Chevron as a drilling and completions IT manager.

Though similar tools exist, WellLine reflects a couple of important trends taking place across the oil industry’s expanding digital landscape. The first is the speed at which big data solutions can be assembled—in this case, it took less than a single summer with just three people. The other is the expanding encroachment of free and open-source technology into the oil and gas enterprise software domain.

“This accelerated pace of development is going to become the norm because a lot of the stuff you’re doing is reusing application components,” Dalgliesh said. “The thing is, if there is good technology out there, just figure out how to use it. That’s Maana’s story—we integrate a bunch of technologies and build applications fast.”

Behind WellLine are several non-proprietary query languages, user interface toolsets, and natural language processing (NLP) systems. Each help to thread together thousands of well records from the industry’s most-popular well document management systems and other unconnected databases. This makes searching for well events about as easy and intuitive as checking up on friends and family using Facebook.

But instead of birthdays, vacation photos, and marriage announcements, WellLine extracts any desired detail from drilling, production, and intervention reports. A key feature of the product’s dashboard is a chronological timeline (hence the software’s name) of a well that shows every notable event ever recorded.

“If you’re a driller and want to see the life history of a well based on all these documents, databases, and production systems, right now you have to go through multiple systems,” Dalgliesh explained. He thinks that by intuitively and quickly unearthing historical data, operators will be better able to flesh out offset-well drilling plans, select workover candidates, or de-risk plug and abandonment operations.

Dalgliesh shared details of the new product line for Maana’s platform at the SPE Engenious symposium on upstream innovation earlier this month.. The 6-year-old startup has been involved in oil and gas projects since 2016, when it attracted $26 million in venture funding, part of which came from Chevron, Shell, and Saudi Aramco.

To test the software’s data mining abilities, WellLine developers loaded it with Gulf of Mexico public data from the Bureau of Ocean Energy Management (BOEM)—the US offshore oil and gas regulatory body—which included decades of documents with details on more than 54,000 wells spanning decades.

Dalgliesh noted that the granularity buried within public data might surprise some, as he related how he searched for a friend’s name within the mountain of BOEM reports. “I know she worked for these three companies, and sure enough, I can see exactly which wells she worked on, at what time—and what her phone number was,” he said. “This data is all out there, it’s just waiting to be mined.”

Phone numbers do not help one design better well plans, but the point is that companies working on acquisitions in areas they know little about can lean on today’s advanced software to quickly get intimate with assets of interest.

And when internal data is combined, operational use cases come into play. The social-media-based search engine tool would allow engineers to study what kinds of problems happened inside a well and at a certain depth, for instance. Was there lost circulation or a kick, and should drillers expect it in the next well? Was there a stuck-pipe problem too? What tools were used in the last intervention? And so on.

Open APIs then allow producers who have developed kick-detection algorithms to test them with this software against old well data to know how often drilling crews anticipated and reacted to them.

Among the open-source programs WellLine leverages to make all this possible are a user interface (React) and a query language (GraphQL), both developed and made available by Facebook. By borrowing from the social media giant, WellLine is taking advantage of codes already proven to efficiently fetch and visualize data from disparate data sources.

In the spirit of the tech sector’s open-source philosophy, Facebook and others freely share such programs to spur software innovation. Additionally, the natural language processing (NLP) element within WellLine comes from the Stanford NLP Group, which develops algorithms that enable computers to comprehend a number of human languages. In 2016, Dalgliesh published a technical paper about NLP applications in the upstream sector (SPE 181015).

To answer the specific questions being asked in the oil and gas world, the developers added layer of domain expertise. This came from Dalgliesh and another team member who also holds industry experience.

To the uninitiated human, or NLP program, drilling reports can look like a foreign language as they are filled with specialized acronyms such as POOH (pull out of hole) and RIH (run in hole). With the underlying machine learning system now trained to translate these terms, completions engineers can click on well annotations and understand what exactly a drilling engineer said in a report, and vice versa.

By contrast, with traditional oilfield database architectures, events at certain well depths, and other attributes, generally sit in a database under the name of a well, or header, and are not independently searchable. As a manual process, answering questions about depth-related events at large scales takes days or weeks.

To solve this, Maana’s software takes another page from Facebook, and Google too. Instead of data being tied to a single well header, all data points about a well are converted into a searchable entity. By using Facebook’s graph structure, these entities, e.g. depths and any corresponding events, are tied together with a link. Engineers then click the links to find out what happened in a group of wells, at a certain depth, and explore notable relationships.

This paper details how artificial intelligence was used to capture analog field-gauge data with a dramatic reduction of cost and an increase in reliability.