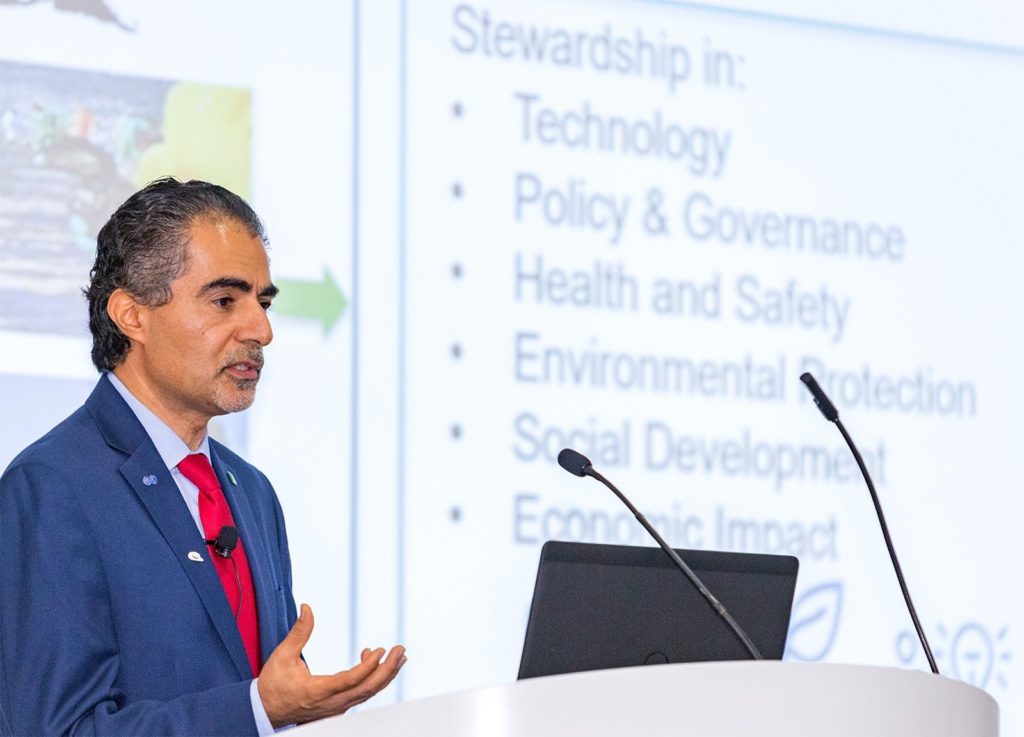 Sami Alnuaim has been officially welcomed into his role as 2019 SPE President. He succeeds 2018 SPE President Darcy Spady, who finished his 1-year term from the organization’s top volunteer role on Wednesday.

The transition was made at this year’s SPE Annual Technical Conference and Exhibition (ATCE) in Dallas, where more than 8,000 industry professionals came together to share their learnings on the latest advancements in oil and gas development.

Alnuaim addressed SPE members at a special gathering on Wednesday, the final day of ATCE, where he outlined how his year-long tenure will focus on promoting the concept of energy sustainability.

“I want to create conversations not only on the current and future image of our industry and the pride our work deserves, but also in the context of the accountability and responsibility that this pride imposes,” he said. “We can be proud of our contributions and doing the right things—but we bear the responsibility to do things right.”

For Alnuaim, ensuring energy sustainability means highlighting to outside groups the upstream industry’s willingness to address its role in environmental issues, especially when it comes to reducing greenhouse gas emissions.

“If you look at the carbon footprint of our industry, you see it continuously and significantly improving in a way that several forecasts failed to catch up with or predict,” he explained from the podium. He also pointed out that an increasing number of oil and gas companies are starting to see the renewable market “as a complementary source of energy, not a threat.”

In his home country of Saudi Arabia, Alnuaim noted that billions of dollars are being invested in renewables, a trend that is spreading across the globe in places including China, Europe, and North America.

Part of Alnuaim’s mission will be to engage with media, environmental organizations, and financial institutions, all of which have varying impacts on the industry’s external image. Other industry groups, such as the American Petroleum Institute and the International Energy Agency, will be included in this outreach initiative.

“I want to show the world that we are a major factor in the solution of both environmental and social development challenges,” he said, adding later that, “Sustainable development is always good business, both for the companies developing the resources and for the countries where those resources are found.”

Within SPE, over 1,500 members have recently been involved in various groups and activities addressing the topic of sustainability. Alnuaim will build on this growing community with an international sustainability award that will be given out for the first time next year.

Alnuaim has spent more than three decades at Saudi Aramco where his work spanned reservoir engineering and upstream computing.

His current role is a manager of the national oil company’s Petroleum Engineering Application Services, where he has full responsibility for providing technical information and technology support to all upstream operations, including exploration, drilling, production, reservoir engineering, and facility design.