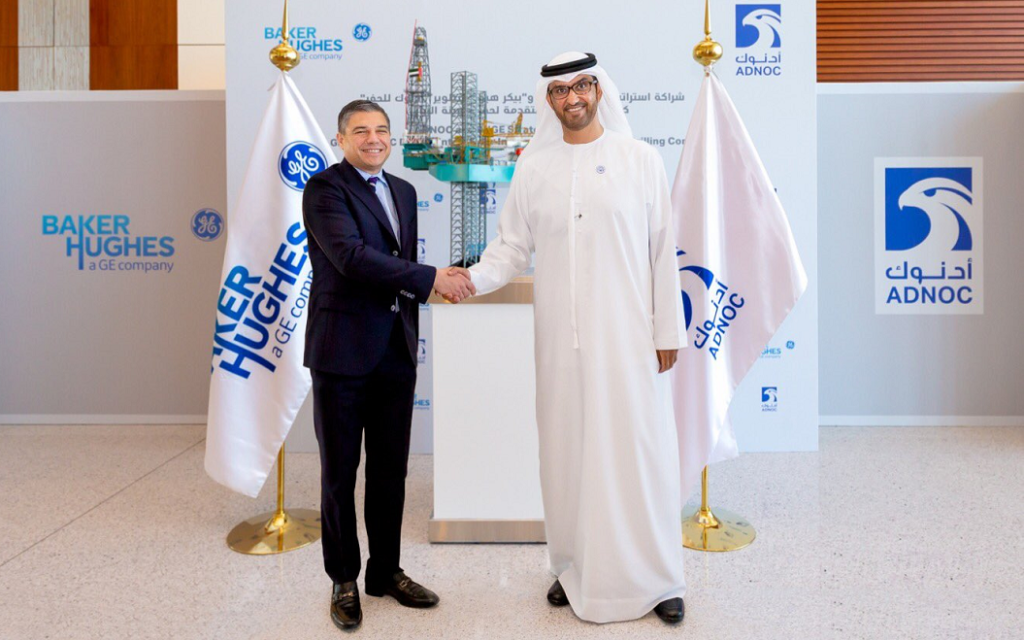 The deal calls for BHGE to buy a 5% interest in ADNOC Drilling for $550 million, placing the subsidiary’s value at $11 billion including $1 billion of net debt. BHGE will join ADNOC Drilling’s board of directors, and the two firms will create an advisory board to jointly oversee the partnership’s implementation and ongoing operations. The deal is expected to close in the fourth quarter.

The union marks the first time an international company has taken a direct equity stake in one of ADNOC’s service companies. BHGE will expand its presence in UAE, while ADNOC will gain access to BHGE technological expertise and proprietary equipment.

The partnership aims to “deliver more competitive well completion times, greater drilling efficiencies, and better well economics,” leveraging the improvements to seek “new business opportunities,” some of which may be abroad, the companies said.

“We chose BHGE after a rigorous and competitive process as a partner with whom we have a longstanding working relationship and who shares ADNOC’s long-term vision and values,” commented Sultan Ahmed Al Jaber, UAE minister of state and ADNOC chief executive officer. ADNOC’s 2030 groupwide transition emphasizes strategic partnerships and co-investments.

GE during the summer stated its intention to spin off Baker Hughes into a separate company. The split is expected to occur over the next 2–3 years.