Merger of Ensco and Rowan Jacks Up Their Market Share 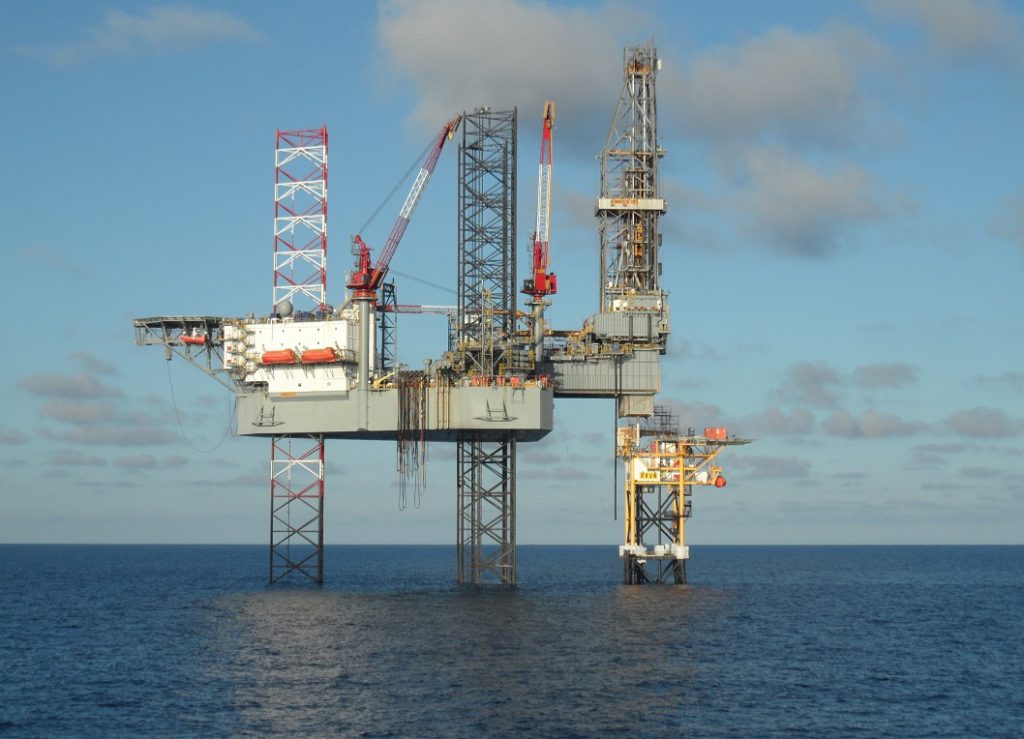 Ensco 121 is a modern jackup built to work in harsh conditions. Acquiring Rowan will allow Ensco to increase its fleet of jackups built for extreme conditions to 16. Source: Ensco.

Ensco has acquired Rowan, continuing the run of major acquisitions by the biggest offshore contract drillers at a time when the outlook for the business is starting to look up.

The combined company will be the largest player in the jackup sector, according to Wood Mackenzie, with rigs working on six continents. More than 60% of the 82 rigs in the fleet will be jackups, and Rowan also adds a growing joint venture with the largest jackup customer in the world, Saudi Aramco, according to the announcement.

Ensco will be offering 2.215 shares of its stock for every share of Rowan, or about $2.4 billion. This will create a new company in which Ensco shareholders will hold more than 60% of the shares, with Rowan’s shareholders holding the balance, and the top four executive positions evenly split.

Shares of the two companies have surged over the past 12 months—Ensco more than 50% and Rowan more than 40%—on early signs that the offshore drilling business is coming out of a deep slump.

At this stage in the cycle the biggest operators are bulking up. Recently Transocean agreed to buy Ocean Rig. And for both Ensco and Transocean, these are the second big acquisitions in the past year, buying Atwood Oceanics and Songa, respectively.

The Ensco-Rowan combination will allow the companies to reduce annual expenses by $150 million, with 75% of those cuts within a year.

The president and CEO of the Ensco-Rowan combination, Tom Burke, who now holds those titles at Rowan, said it will enable “both Rowan and Ensco shareholders to participate in the substantial value creation opportunities of a larger, more technologically advanced and diverse offshore drilling company.”

The combined company offers a raft of underused assets for those wanting to bet on a comeback, with $1.9 billion in cash and short-term investments included in the $3.9 billion in liquidity, giving it financial flexibility while waiting for rig orders and rates to rise.

“Once combined, Ensco-Rowan will have the second-largest floating rig fleet, with nearly 90% consisting of generation VI and VII assets,” said Leslie Cook, principal analyst, Wood Mackenzie, adding, “These are the rigs that are most desired by operators globally, as they offer the best capabilities and flexibilities for various deepwater drilling programs around the world.”

There is upside potential in the 11 current and future high-specification drillships in the fleet. But at the moment only five are under contract, and only one has a contract running past 2019. Two rigs under construction will be added over the next 2 years, according to the investor presentation. 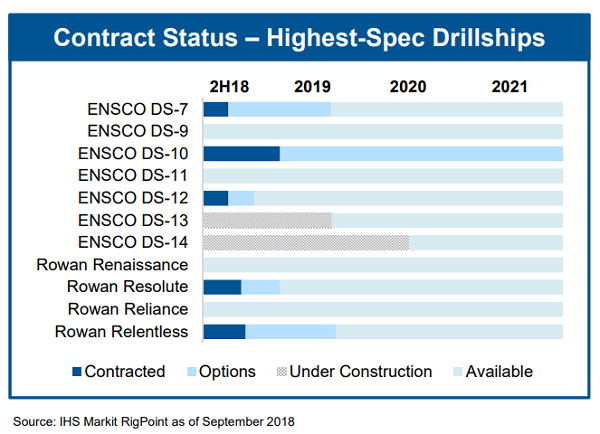 Rowan is particularly strong in that segment of the market with a growing joint venture with Saudi Aramco, Aro Drilling, and a presence in the harsh waters off Norway. 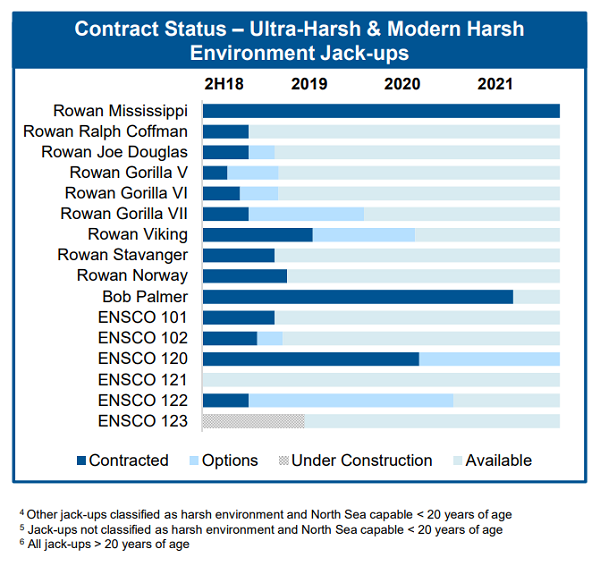 “The combined company is expected to leverage ARO Drilling’s 20-rig newbuild program to develop and deploy leading-edge technology at scale,” according to the merger announcement, which underscored the importance of the relationship by stating Aro’s support of the deal near the top.

Rowan’s long-time focus on extreme-duty jackup rigs also figures into the plans of the combined company. The jackup fleet includes nine built to work in “harsh environments” and seven designed for “ultra-harsh” conditions, all but one of which are working, and three have contracts extending out to 2020 and beyond.

Merger of Ensco and Rowan Jacks Up Their Market Share