Eni, BP To Team in Hopes of Boosting Libyan Oil and Gas Exploration 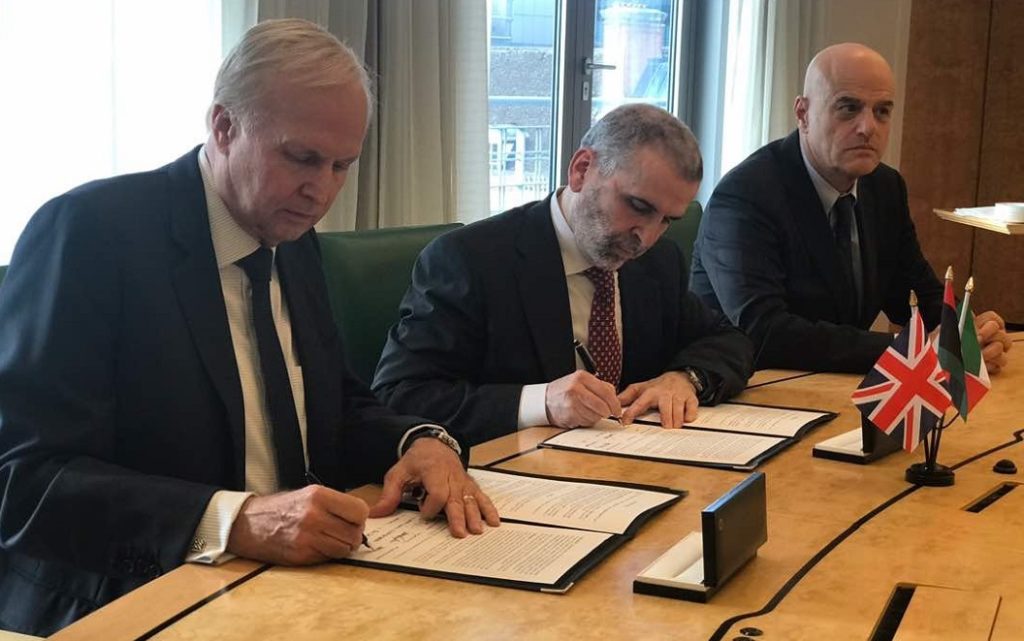 Eni, BP, and Libya’s National Oil Corporation (NOC) inked an agreement on 8 October that should enable Eni to buy a 42.5% stake and become operator of three of BP’s Libyan oil exploration contract areas, where the companies plan to resume exploration work next year.

BP’s 54,000-sq-km exploration- and production-sharing agreement (EPSA) consists of two onshore contract areas, A and B, in the Ghadames Basin and one offshore area, C, in the Sirt Basin. BP currently holds an 85% interest in the EPSA, with the Libyan Investment Authority holding the remaining 15%. Eni and NOC jointly have other operations and infrastructure near the onshore areas.

The companies plan to complete the deal by year end. The areas were awarded in 2007, but work has been suspended since 2014 because of instability stemming from the country’s 2011 civil war.

The deal “contributes toward creating an attractive investment environment in the country aimed at restoring Libya’s production levels and reserve base by optimizing the use of existing Libyan infrastructure,” said Claudio Descalzi, Eni chief executive officer.

“This is an important step toward returning to our work in Libya,” said Bob Dudley, BP chief executive officer. “We believe that working closely together with Eni and with Libya will allow us to bring forward restarting exploration in these promising areas.”

Eni, which has maintained an upstream presence in Libya since 1959, produced 384,000 BOE/D in the country last year, an all-time high there for the operator. More recently, the company in July said its Libyan production was around 320,000 BOE/D.

Earlier this year, the company started production from Phase 2 of the giant Bahr Essalam gas field 3 years after making a final investment decision. Seven wells were expected to come on stream by this month.

The second phase will lift output by as much as 400 MMscf/D to 1.1 Bscf/D. Located 120 km northwest of Tripoli, Bahr Essalam is the largest-producing offshore gas field in Libya.

Even with its record production in the country and the startup of a major gas project, Eni on its website warns that “Libya’s geopolitical situation continues to represent a source of risk and uncertainty for the foreseeable future.”

Overall Libyan oil output has been on the mend recently, climbing back above 1 million B/D at some point in August, according to secondary sources in the Organization of Petroleum Exporting Countries’ Oil Market Report in September. However, that remains well below the widely reported 1.6 million B/D it flowed before the 2011 civil war.

Eni, BP To Team in Hopes of Boosting Libyan Oil and Gas Exploration