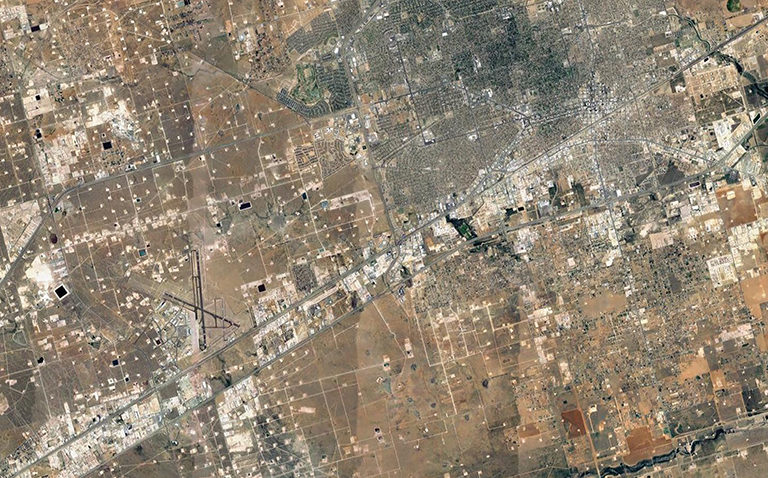 A satellite view of Midland, Texas, with well pads freckling the landscape. Midland is the heart of the upstream industry in the Permian Basin. Source: Google Maps.

Given its location in “one of the hottest shale plays in the world right now,” the September event was “more accessible to those most directly working” in the basin, including committee members, presenters, and attendees, said Amber Voithofer, chair of the conference’s program committee. Presentations involved several big Permian operators, top oilfield service firms, and engineering and technology companies.

“There is a real focus in the industry to start doing more with all the data we have been collecting,” Voithofer said. “We have all of this data and really have not utilized it to its full potential.” As a result, further discussion in the coming years will revolve around machine learning, artificial intelligence, and predictive analytics.

To address these advancements in an unconventional context, the conference was weighted toward the application of data analytics on local data sets and knowledge gained from modeling on themes such as parent-child well interaction, bashing, and sequencing. Special attention was paid to well spacing and well performance analysis methods.

Two presentations that sought to provide simpler answers to complex problems generated much interest. In SPE 191777, Schlumberger “challenged the status quo” on how estimated ultimate recovery is calculated, Voithofer noted. “Instead of fitting a curve through all the historic production data and extending it into the future, the paper proposed we match segments of well production, taking into account changes after well interventions.” In SPE 191783, Apache offered a glimpse into how operators are attempting to manage uncertainties around well spacing.

“The Permian is hot, and as companies continue to invest in development out here, I expect we will see more novel processes or technologies coming out of the basin,” Voithofer said, adding that there’s another liquids-rich basin to watch going forward: the Powder River.

Following are highlights from the conference.