US Shale Consolidation Heats Up as Firms Mull Long-Term Survival 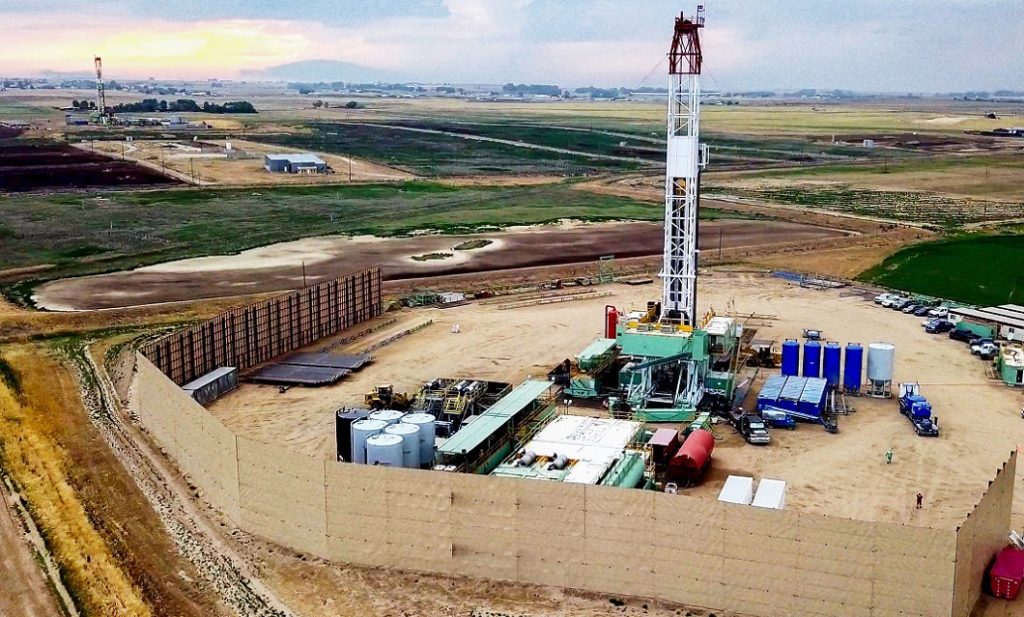 Three big deals among big US shale operators hit the newswires in earnest as October ended and November began, and even more upstream industry consolidation could be on the horizon.

On 29 October, shale enhanced oil recovery champion Denbury Resources and Eagle Ford operator Penn Virginia reported their agreement to merge in a $1.7-billion pact. A day later, shale pioneer Chesapeake Energy and another Eagle Ford operator, Wildhorse Resource Development, reported their $4-billion combination. And, in the largest of them all, fellow shale players Encana and Newfield Exploration kicked off November by announcing their marriage via a $7.7-billion deal.

The second half of the year has seen an explosion of mergers and acquisitions. In the third quarter, total deal value among US upstream operators spiked 250% quarter-over-quarter to $32 billion, according to data from software, data, and analytics firm DrillingInfo. The quarter was headlined by BP’s acquisition of BHP Billiton’s US shale assets and Diamondback Energy’s purchase of Energen.

The trend represents something of an existential crisis for operators, many of which are struggling to achieve strong enough balance sheets to satisfy shareholders, even as West Texas Intermediate crude oil prices remain stable at $60–70/bbl. Consolidation comes with the promise of better scale and efficiency—necessary for long-term survival.

“If you asked me in January of 2015 if oil prices would go to $70 and the general equity indices of the sector would be largely unchanged, I would’ve laughed,” said Angelo Acconcia, senior managing director at private equity giant Blackstone, during the recent Deloitte Oil and Gas Conference. Over the next 3–5 years, he said, companies “that have great teams, great assets will see more consolidation, more interest, and frankly receive a higher scarcity premium.”

However, share prices for Denbury, Chesapeake, and Encana plunged immediately after their deals were announced. In cases such as these, public markets, not known for their patience, have often shown they’d rather operators show immediate financial discipline and focus on generating free cash flow instead of making long-term strategic shifts.

“Even the largest companies right now are very nervous about doing a large transaction because they’re scared their stock is going to get absolutely hammered,” said Andrew T. Calder, partner at Kirkland & Ellis, at the event. “We’ve been involved in deals that have fallen apart as a result of the stock market reaction.”

Blackstone’s Acconcia said he applauds companies such as Chesapeake and Denbury for “making the right decisions” for themselves. “They realize that they’re not necessarily going to get appreciated by the public markets today, but they have more information than the public markets, they have a better understanding of their business, and they’re going to make the right long-term decisions. That accountability, while negative today, will prove out to be a winning strategy.”

Activist investors, becoming more emboldened, have driven some of the consolidation. For example, hedge fund Elliott Management lobbied for BHP to unload its shale holdings and for Energen to seek a sale.

“One of the other big shifts in the market recently is that you have a whole new class of investor that’s come into the oil and gas business,” said Calder. In the past, the more aggressive New York City-based hedge funds stayed away from upstream because they didn’t understand the industry. After the downturn, however, the big firms such as Elliot now collectively control several operators because they bought into the debt and it’s since been equitized.

Calder noted that there’s “so much money out there right now—private capital that wants to be invested” from firms such as Blackstone. Even below Blackstone’s strata, “there must be 200–300 funds out there that are looking to get into oil and gas right now,” he said.

As for the recent big deals, Denbury is scooping up acreage in the oil window of the Eagle Ford near its existing Gulf Coast operations, giving it the opportunity to further apply its enhanced oil recovery methods in the play.

Chesapeake is continuing to transition from gas to liquids by also adding Eagle Ford acreage as well as a position in the emerging Austin Chalk play in Texas. The move is projected to double its adjusted oil output to 160,000–170,000 B/D by 2020 from adjusted 2018 estimates.

Speaking at the Deloitte conference on the morning the deal was announced, Doug Lawler, Chesapeake president and chief executive officer, extolled the move’s virtues while recounting the company’s tumultuous last few years, which included its own battles with activist investor Carl Icahn. It's worked hard, through the downturn to the industry recovery, to reduce its once massive debt load and streamline its operations. During that time, his firm’s employees “have been through hell and back,” he said.

Also moving toward liquids, Encana is gaining a large position in the oil-rich STACK and SCOOP plays of Oklahoma’s Anadarko Basin. Combined third-quarter production from the companies was 577,000 BOE/D, including liquids output of 300,000 B/D. The move “makes Encana one of the top five unconventional producers in North America,” said Roy Martin, senior analyst, corporate upstream, at consultancy Wood Mackenzie, in a note.

The apparent buyer’s market helped shape the deal. Encana, he said, “will benefit from acquiring an undervalued company, even based on our conservative modelling view.”

Battling with operators to squeeze more dollars out of higher oil prices—and losing—are US onshore oilfield service firms. There’s “huge pressure on all oilfield service companies today” but particularly mid-cap and small-cap firms, because “there’s too many of them,” said Stephen Trauber, vice chairman and global head of energy at Citi’s corporate and investment banking division, during the conference.

“They have a very high cost of capital, they’re very cyclical, and they tend to be the one area of energy that banks loath to lend to because of their cyclicality,” he explained. These companies over-leveraged in the past when the markets were good, and the banks were stuck with the loans when the downturn hit. “It’s a very tough sector to lend to. It’s a sector where they’re not earning great rates of return for investors,” he said.

Moody’s Investor Service recently warned that most service firms “lack the means to reduce debt in the near term, with limited options to raise equity or pursue alternate liquidity enhancing measures.” Most at risk, according to a report from the agency, are smaller, less diversified firms, whose “extreme cash flow volatility poses a significant risk to their liquidity.”

Trauber expects to see “a significant amount of consolidation amongst the midcaps over the next 2 years as the investment community recognizes [it doesn’t] need to invest in all these companies. There’s too many of them, so their access to capital is limited.” A lot of those companies are backed by private equity firms looking for an exit, and combining may be the only solution.

“We’ve seen recently there’s probably been 40 or 50 small-cap, private oilfield service companies that have been for sale,” and 80–90% of them are not getting sold, Trauber said.

US Shale Consolidation Heats Up as Firms Mull Long-Term Survival