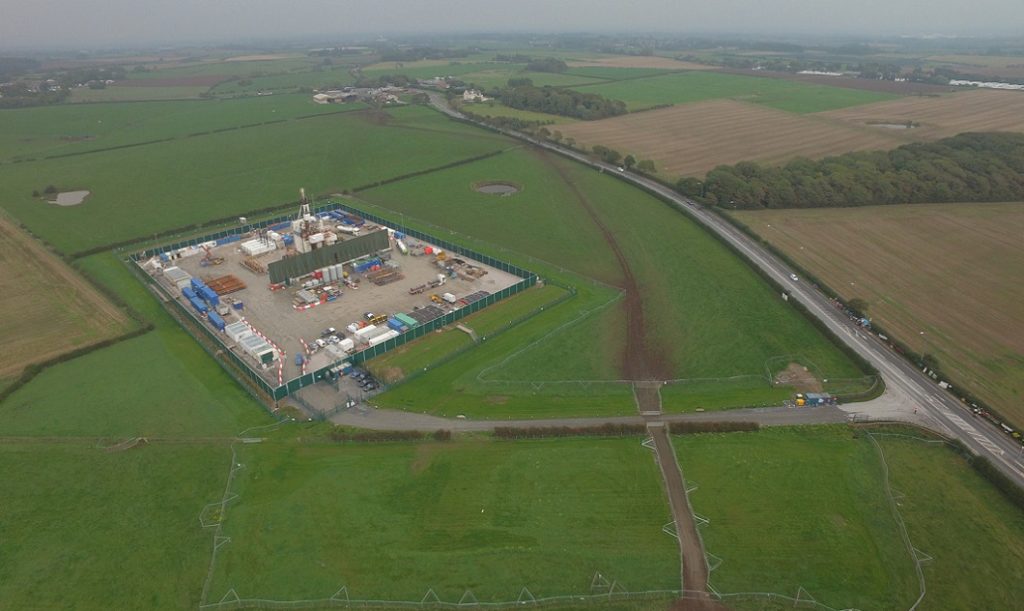 Cuadrilla Resources says that natural gas has reached the surface from its horizontal shale well at Preston New Road in Lancashire, UK.

Operations restarted last week after the firm halted hydraulic fracturing work for the second time because of earthquakes measuring 1.1 and 0.76 magnitude. Injection began in mid-October.

“The volumes of gas returning to surface at this stage are small,” said Francis Egan, Cuadrilla chief executive officer. “However, considering that we are only at the very start of fracturing operations and, given operating constraints, have not yet been able to inject as much sand into the shale as we had planned, this is a good early indication of the gas potential that we have long talked about.”

Cuadrilla has drilled two horizontal wells into the Bowland Shale at the site—the UK’s first horizontal shale wells—and plans to test their flow rates at around the turn of the year. While the early results are promising, the firm’s challenge will be ensuring continued operations with minimal interruption as it attempts to assess their potential. Cuadrilla has said it costs £94,000/day to keep its fracturing equipment on site.

The UK government requires fracturing operations to be paused once a quake of 0.5 or above is recorded. Tremors registering up to 2.0 magnitude typically aren’t felt by people.

Egan assures that the "Preston New Road site is being monitored to an unprecedented level,” and the “initial gas flow is by no means the end of the story.”

“If we are able to fully test these wells without compromising on safety,” he said, “we have the potential to make a major difference to UK energy supply, security, and economic prosperity.”