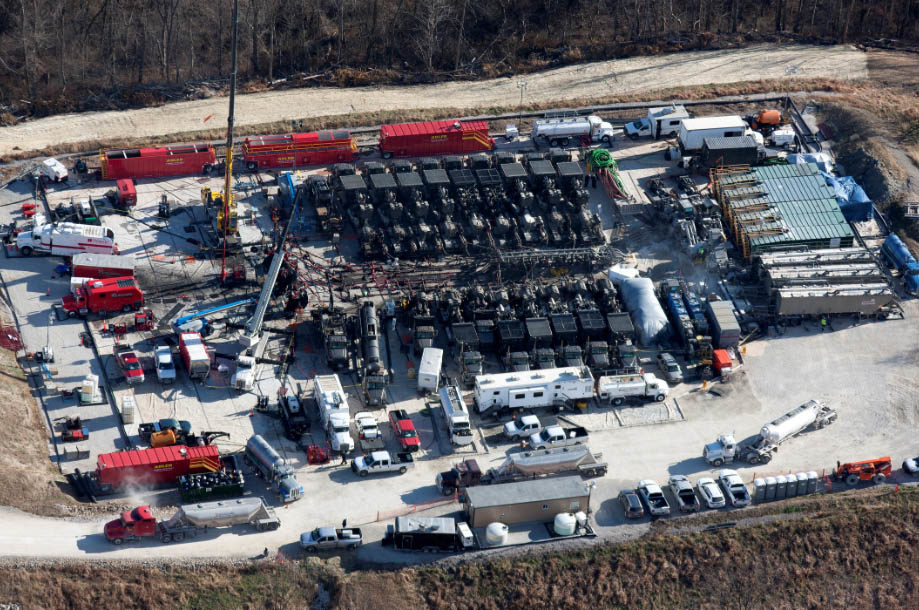 The need for more answers on inter-well communication, namely the issue of frac hits, will be a central theme at the 11th annual SPE Hydraulic Fracturing Technology Conference (HFTC). For the first time, the topic will be covered in-depth during the conference’s opening plenary session titled, “Frac Hits, Well Spacing, and the Science (and Art) of Infill Drilling in Unconventionals.”

Over the past decade, HFTC has represented one of the unconventional sector’s premier venues for sharing the latest insights on emerging techniques and technologies that have shaped shale development. The conference will be held in The Woodlands, Texas, about 30 miles north of downtown Houston, between 5-7 February and the program’s agenda can be found here. An early registration discount is available through 3 January.

The panel’s moderator is Stephen Holditch, an influential professor emeritus at Texas A&M University and petroleum engineering consultant. Joining him on stage will be Piyush Pankaj, a principal reservoir engineer with Schlumberger; Brendan Elliott, a completion engineer with Devon Energy; Ripudaman Manchanda, research associate at the University of Texas in Austin (UT); and George King, the principal consulting engineer of GEKengineering.

The intertwined impacts of frac hits that have drawn so much attention are significant production declines in parent wells and suboptimal stimulations of child wells.

One of the areas likely to be explored by the expert panel is whether frac hits can be outright avoided, or if because of tight well spacing and natural fractures, they are an inevitability that engineers must learn to deal with as they hydraulically fracture new wells.

“That debate is crucial for what happens next,” said Manchanda, who has been helping operators understand various aspects of frac hits through joint-industry projects at UT. “The geomechanics of depletion causing the child well fractures to come and hit the parent well is understood. Now, we need to learn how to use geomechanics to our advantage and prevent this from happening, or reduce the extent of the damage caused by it.”

Elaborating on the point, Manchanda added that effects such as stress shadowing and fracture complexity have benefited from several years of study. However, it is a different case for the effects that reservoir depletion is having on shale developments. “This is an open arena, and people still don’t have a consensus of what exactly to do here,” he said.

In the past couple of years, a number of evolutionary approaches have risen to the fore, including the large-scale “cube developments” seen across the Permian Basin that address depletion-related frac hits by drilling and completing large numbers of wells before producing the reservoir.

But there are other philosophies being tested in the field, several of which will be featured in technical paper presentations at HFTC. Some of them include how companies are using refracturing of older wells and far-field diversion technology to ward off negative impacts of frac hits.

Taking The Blinders Off

King, who spent almost a decade with Apache Corporation and has helped author numerous SPE papers on hydraulic fracturing, will spend some of his panel time discussing the fact that not all frac hits are the same.

“We shouldn’t just put our blinders on and look at one single activity and say, ‘We’ve got to control that,’” King emphasized, as he pointed out that some production-negative frac hits will sand in parent wellbores, while others tend to create an emulsion around the near-wellbore of a parent.

“Knowing what really causes the damage is going to be the best thing that we can do,” he added. “We have physical effects, stress effects, and potential chemical effects down there.” As part of his effort to help the industry appreciate the nuances involved with the issue, expect King to use a newly minted term of “fracture-driven interactions” in place of the less-specific label of frac hit.

And the faster the shale sector comes to fully understand the issue, the sooner it can address other concerns. One issue involves recent lawsuits that have been filed in several US jurisdictions over operator-on-operator frac hits. This could potentially open the door for new regulations that, for example, may require operators to use tracers during their completions to identify wells generating production-harming frac hits on others.

King noted that such a development means that frac hits would then “become a critical legal issue” that shale producers will not be able to ignore. He would rather see the industry come together before matters get to such a point. “This is a problem that is solvable—if we have enough voices come in and enough good data,” he said.

In addition to the plenary session, more than a dozen technical paper presentations will address what is being done to mitigate frac hits. Among the other companies and institutions sharing case studies and research are ConocoPhillips, Noble Energy, Lime Rock Resources, Diamondback Energy, Endeavor Energy Resources, Reveal Energy Services, and University Lands.