Setback Rule Defeated in Colorado, But Industry There Remains Threatened 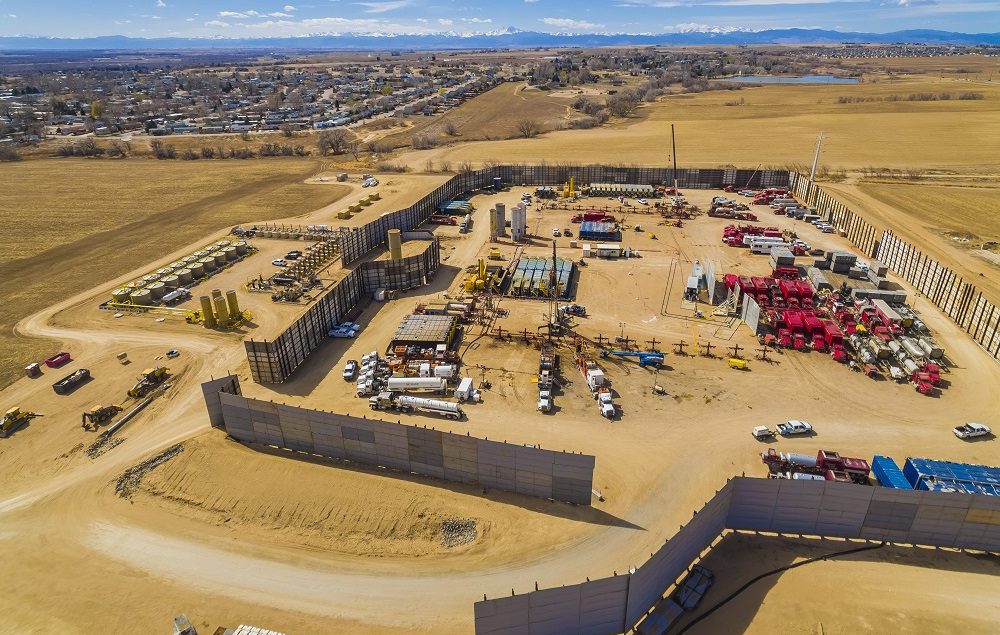 A frac job on SRC Energy’s 22-well Evans pad in the DJ Basin near Greeley, Colorado. Oil and gas development activity in the state abuts its most populated areas, causing some tension between residents and the industry. Source: SRC Energy.

Colorado voters soundly defeated a measure 6 November that would have restricted the vast majority of new development in the country’s fifth largest oil-producing state. The outcome was a big relief for the oil and gas industry, but its existential fight in the state hasn’t ended.

Proposition 112 would have required new oil and gas development in Colorado to be at least 2,500 ft from areas considered “vulnerable,” including homes, schools, and waterways. The current minimum setback is 500 ft.

With more than 90% of precincts reporting, about 57% of the electorate voted against the measure. Three-quarters of voters in Weld County, where much of the state’s drilling and production is concentrated, opposed the rule. In neighboring Boulder County, which is notoriously anti-industry, some 70% of voters supported it, showing a wide gulf in political sentiment in relatively close quarters.

Proposition 112 would have put 78% of Weld County surface land off limits for new development, according to estimates from the Colorado Oil and Gas Conservation Commission. About 85% of nonfederal land in Colorado would have been inaccessible.

Approval of the measure would have had a profound impact down the road on Colorado oil output, which surged to all-time high 477,000 B/D in August from under 100,000 B/D in 2010, data from the US Energy Information Administration indicate. The state owes its status as a major oil producer to booming activity in the DJ Basin and underlying Niobrara Shale.

The industry spent tens of millions of dollars in its efforts to kill the measure and protect its increasing oil bounty. Much of the funding came from BP, which just moved the headquarters of its Lower 48 unit, rebranded as BPX Energy, to Denver. For companies such as BP and operators that heavily drill and produce in the state, political risk has become part of the cost of doing business there.

“I think this rule—or some form of it—will appear on another ballot,” Jennifer Miskimins, associate department head in the Colorado School of Mines’ petroleum engineering department, told JPT. “Proposition 112 was a not-so-disguised attempt at banning hydraulic fracturing through setbacks. That is the opposition’s goal, and I believe firmly that they will continue to pursue it.”

Miskimins noted the political climate is already affecting investment in the industry there, as executives for some of the state’s operators have told her they are favoring friendlier areas in other basins. But the bigger firms such as Anadarko Petroleum, PDC Energy, and HighPoint Resources, are committed to staying. “They will likely just have to continue fighting the good fight,” she said.

Their next battle will be preventing a similar measure from resurfacing in 2020, a presidential election year in which turnout will be higher. Scot Woodall, HighPoint chief executive officer and president, said during his firm’s third-quarter earnings call that he and his industry peers are “committed to trying to do something that prohibits this from becoming a reoccurring event.”

This will come through working with communities, legislative groups, and the incoming governor—a Democrat—to find a solution that “works for all stakeholders,” he said. All in on Colorado, HighPoint is a pure-play DJ Basin operator formed this year through the merger of Bill Barrett and Fifth Creek Energy.

Anticipating the measure’s defeat, Brookman said PDC will continue to pursue acreage swaps in the DJ that would allow it to drill longer laterals. However, if the company were to make “a significant inventory add,” he said, it would “most likely be targeted outside of Colorado while we work through the political environment.”

Other major oil and gas producing states stand to gain from Colorado’s uncertain political climate. Anadarko has been amassing drilling permits in border state Wyoming, where the Niobrara extends into the emerging Powder River Basin. Anadarko and PDC also have big positions in the Permian Basin of Texas and New Mexico.

In its third-quarter earnings call, Anadarko Chief Financial Officer Bob Gwin noted that, if Proposition 112 were to have passed, the company would have had the ability to add rigs and crews in the Permian's Delaware Basin and possibly the Powder River.

Anadarko is among Colorado’s largest producers and acreage holders. The Houston independent reported third-quarter oil output from the DJ of 96,000 B/D, up 16% year-over-year. It intends to increase production in the basin to more than 400,000 BOE/D by 2021.

Setback Rule Defeated in Colorado, But Industry There Remains Threatened