Total, ADNOC To Explore for Unconventional Gas in Abu Dhabi 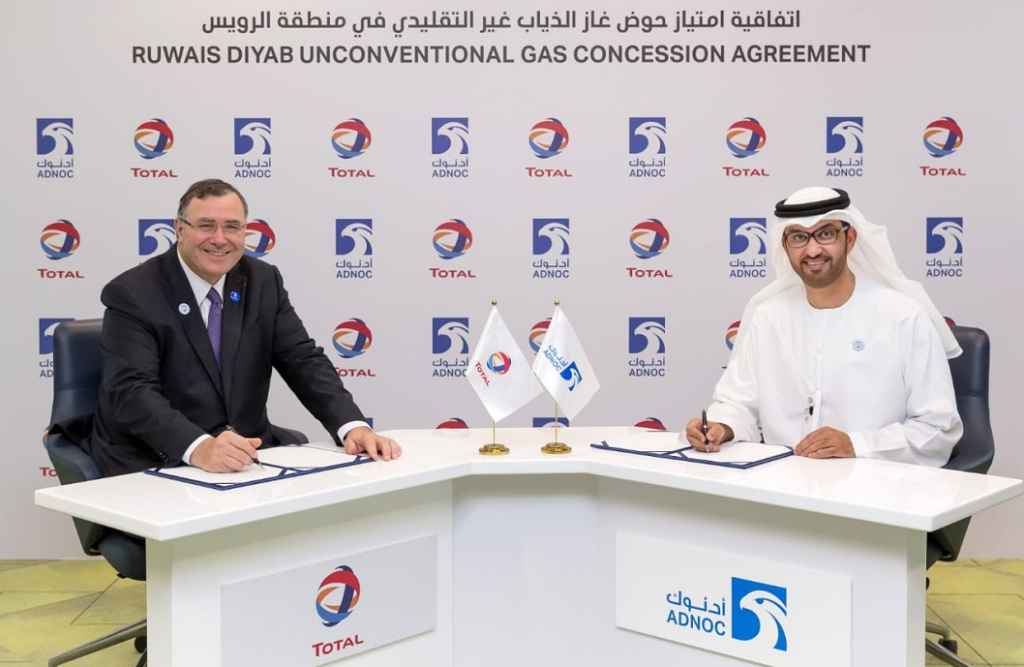 Total has been granted a 40% stake in the concession along with operatorship, with ADNOC retaining 60%. The agreement calls for a 6-to-7-year exploration and appraisal phase followed by a 40-year development and production period. If exploration is successful, the companies plan for a staged development depending on UAE gas demand and export opportunities.

“The Diyab play has the potential to be a high-impact play ranking alongside the most prolific North American shale gas plays,” said Patrick Pouyanne, Total chairman and chief executive officer. The Diyab concession is west of the 21000-km2 ADNOC Onshore concession, of which Total holds a 10% interest.

ADNOC hopes to produce 1 Bcf/D of unconventional gas by 2030.

“As ADNOC embarks on the exploration and development of Abu Dhabi’s unconventional gas resources, it will undergo an accelerated learning curve which will help drive efficiencies in drilling and hydraulic fracturing and allow us to create higher value from what is a more challenging resource compared to the giant conventional oil and gas fields of Abu Dhabi,” said Sultan Ahmed Al Jaber, ADNOC Group chief executive officer.

He also noted that the firm has “received significant interest from other potential partners" hoping to explore and develop Abu Dhabi unconventional concessions. "Discussions are progressing with these multiple interested parties, and we will make further announcements in due course,” Al Jaber said.

The agreement is part of ADNOC’s new integrated gas strategy that aims to fulfill UAE’s domestic demand and possibly make the country a net exporter. The firm recently announced discoveries totaling 15 Tcf of gas in place.

Total, whose presence in Abu Dhabi dates back almost 80 years, posted equity production in the emirate of 290,000 BOE/D in 2017. The firm in March was awarded a 20% stake in the offshore Umm Shaif and Nasr concession and 5% interest in the offshore Lower Zakum concession. Total also owns 100% and is operator of the offshore Abu Al Bukhoosh field, and owns 24.5% of Dolphin Energy, 15% of ADNOC Gas Processing, and 5% of ADNOC LNG.

Total, ADNOC To Explore for Unconventional Gas in Abu Dhabi

When engineers went searching for clues on how fractures move beneath the surface, they expected to uncover important learnings. They did not know they were on the path to a new invention.