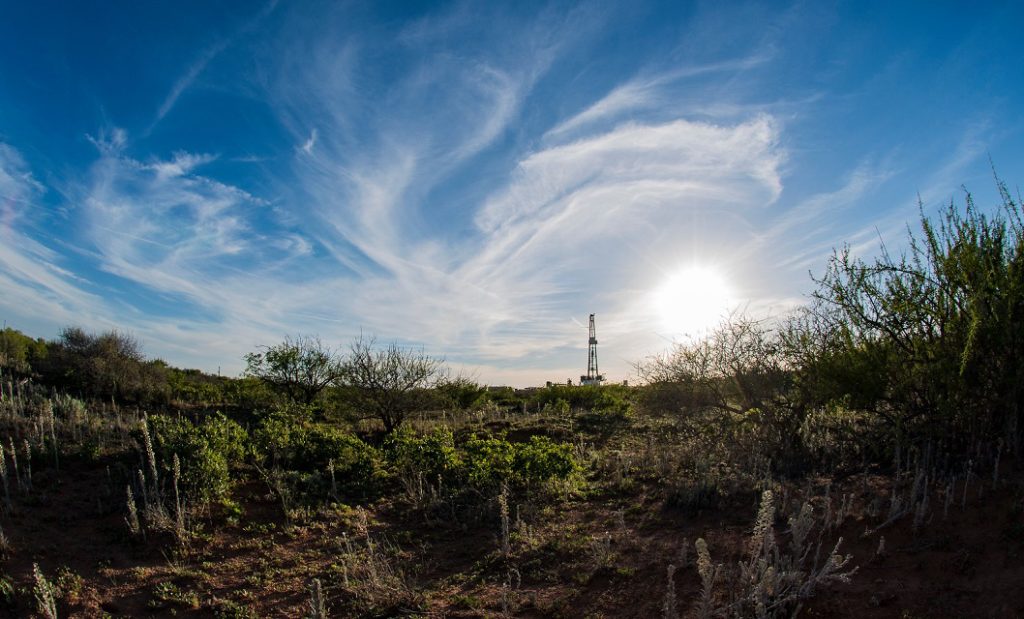 An Anadarko Petroleum-operated drilling rig in the Wolfcamp Shale of the West Texas Permian Basin. One of the Wolfcamp's most active operators, the Houston independent has more than 3 billion BOE in estimated recoverable resources in the play. Source: Anadarko.

Production and proved reserves in the Permian Basin’s Wolfcamp Shale and Bone Spring Formation are reaching new heights, and a new assessment from the US Geological Survey (USGS) indicates the industry is just scratching the subsurface when it comes to what may be technically recoverable.

USGS estimates the Wolfcamp-Bone Spring in the Permian’s Delaware Basin of West Texas and southeastern New Mexico holds 46.3 billion bbl of oil—more than double the agency’s 2016 assessment of undiscovered, technically recoverable continuous oil resources in the Wolfcamp Shale of the Permian’s Midland Basin.

The Wolfcamp consists of interbedded, organic-rich shales and carbonates spread across the Permian, but the Wolfcamp is thicker, deeper, and more thermally mature in the Delaware than in the Midland, USGS explains in the assessment. The Bone Spring, which is time-equivalent to the Spraberry Formation in the Midland, is made up of alternating sandstone, carbonate, and shale cycles.

“Changes in technology and industry practices can have significant effects on what resources are technically recoverable, and that’s why we continue to perform resource assessments throughout the United States and the world,” said Walter Guidroz, program coordinator for the USGS Energy Resources Program, in a news release.

The Delaware Basin Wolfcamp-Bone Spring is also estimated to contain 281 Tcf of natural gas and 20 billion bbl of NGLs.

In putting together the assessment, USGS reviewed data from IHS Markit’s Enerde and ProdFi databases to glean information on well landing zones, production, and unit depths and thicknesses. It focused on six continuous “assessment units” in the Wolfcamp and five in the Bone Spring, estimating the Wolfcamp A has the most undiscovered, technically recoverable resources at 13.2 billion bbl, followed by the Upper Wolfcamp B at 9.2 billion bbl and Third Bone Spring at 6.7 billion bbl.

Just a week ago, the US Energy Information Administration credited the Wolfcamp-Bone Spring as a primary reason for US proved oil and gas reserves hitting all-time highs in 2017. The combined play earned the distinction of having the most proved oil reserves and highest oil production of any US tight play. 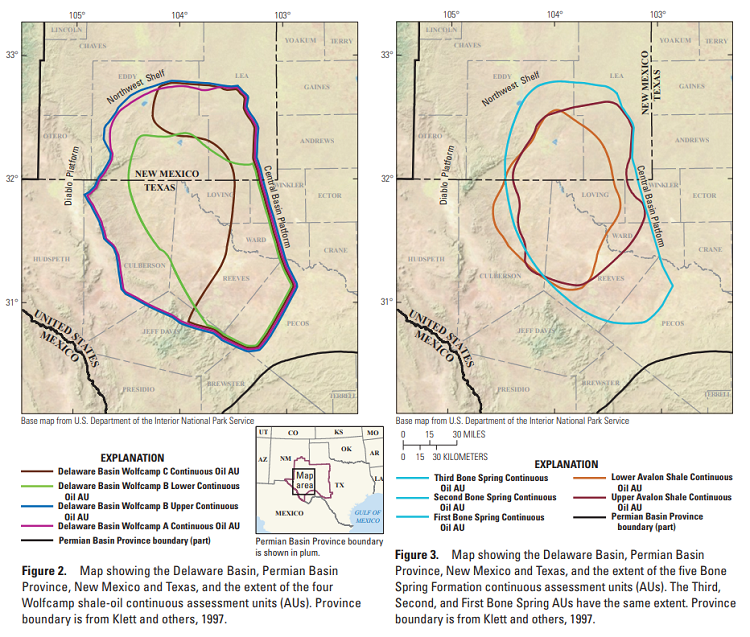