Led by Frac, The Oilfield Services Space Could Get Interesting in 2019 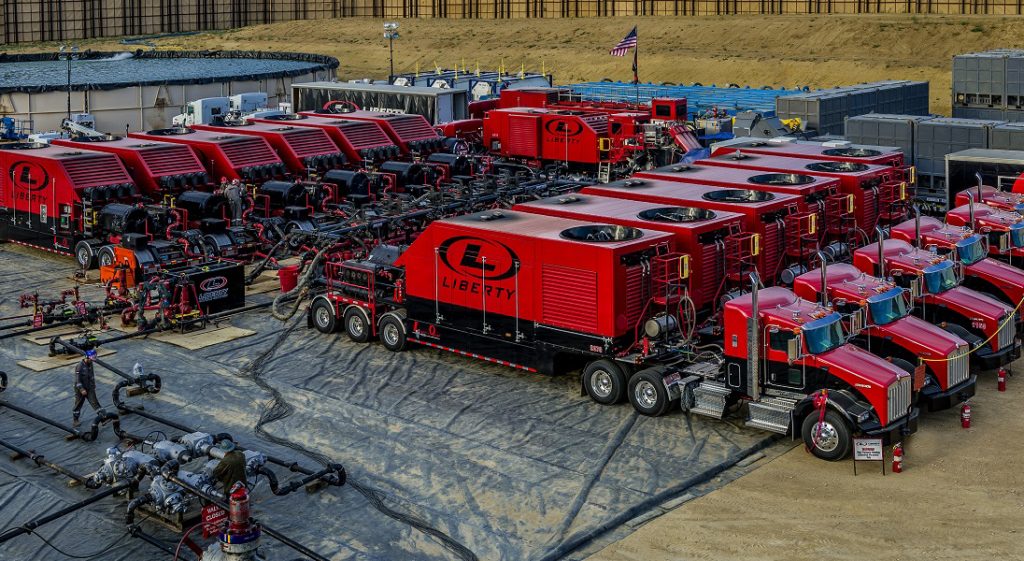 Growth in the global oilfield services and equipment space accelerated this year as crude oil prices posted their highest yearly averages since 2014.

But a dive in Brent and West Texas Intermediate (WTI) prices of more than $20/bbl between early October and late November has triggered concerns that a volatile market could halt the upward momentum.

The industry breathed a small sigh of relief when, after difficult negotiations that put an expected deal in question, the Organization of Petroleum Exporting Countries (OPEC) and some non-OPEC countries led by Russia agreed to collectively curb their production by 1.2 million B/D in first-half 2019. Whether it will be enough to remove the supply glut remains to be seen.

Assuming it is enough, and assuming a now seemingly generous forecast of WTI prices averaging $60/bbl in 2019 comes true, oilfield services and equipment revenue is projected to grow 9% next year, according to a yearly outlook from Tulsa, Oklahoma-based research and consulting firm Spears & Associates.

That includes growth in every market segment in the oil field, both onshore and offshore, for the first time in 5 years. While the overall rate would be lower than this year’s 12% rise, it would mark the third consecutive year on the upswing since the industry downturn of 2015–2016.

Exploration and production capital budgets are expected to increase modestly in 2019, with spending up by low-to-mid single digits, according to a separate outlook from Moody’s Investor Service.

On the higher end of the increases, Chevron said it’s raising its overall investment, the vast majority of which will go toward upstream, by more than 9% next year. The biggest portion, $4.3 billion, will go toward the Tengiz field expansion project in Kazakhstan. The US major plans to allocate $3.6 billion to the Permian Basin of West Texas and southeastern New Mexico, a 9% boost from this year, as well as $1.6 billion to other shale and tight regions. It also plans to spend $1.3 billion on exploration.

Of big independents that have announced their 2019 budgets, Hess also plans a measureable increase from 2018, ConocoPhillips intends to keep its spending in line with this year, and Anadarko has penciled in a slight decrease. More than half of ConocoPhillips’ investment will go toward North American unconventional plays, while both Hess and Anadarko are increasing their US shale spending.

Takeaway constraints and labor shortages in the Permian also add risk. Since midyear, operators in the basin have responded to the insufficient pipeline capacity by slowing fracturing work until major new capacity opens up in mid- and late-2019. Even still, the Spears & Associates outlook projects the top oilfield services and equipment growth segment to again be unit manufacturing, with an increase of 20% compared with a 37% spike in 2018, bolstered in part by new frac trucks. Fracturing services are expected to grow a mere 6% next year compared with 35% this year.

Noting the frac industry’s lack of capital discipline, the bulk of new frac trucks will be built with the aim of meeting rising Permian demand in second-half 2019, said Richard Spears, vice president of Spears & Associates, during a recent SPE Gulf Coast Section presentation of the outlook.

This comes despite the idling of around 50–100 frac fleets, almost all of which are in the Permian, Spears said. That’s about “20% of the fleet sitting there idle and actually in pretty good shape now,” he said, after numerous trucks were built in first-half 2018 when there was a shortage.

How Many Permian DUCs Will Actually Be Drilled?

Reduced frac activity in the Permian comes as drilling there remains elevated, though rig count growth has recently stalled. Baker Hughes’ count of active rigs in the US climbed to 1,075 during the week that ended 7 December from a trough of 404 in May 2016, and more than half of the overall increase has occurred in the Permian.

The result is an enormous backlog of drilled-but-uncompleted (DUC) wells that’s only getting bigger. “I don’t think the frac industry will ever catch up with the drilling industry,” Spears said.

The interruption of the frac industry’s post-downturn recovery in 2018 is likely to limit growth in the coming years. “I think what we have is a frac industry that’s had its knees cut out from under it before it ever got financially healthy in the first place,” he said.

Frac crews likely won’t be able to staff up to their desired capacity because workers have permanently left the oil field for other industries amid a strong US economy. Companies in remote areas in West Texas are having trouble bringing them back.

Spears said he believes the industry is now in a situation where a large number of DUC wells in the Permian never gets completed. “There’s a backlog—or frac-log—that never gets caught up. And it’s because if you’re an oil company, you are judged by Wall Street on the appearance of developing your reserves. And the way you appear to develop reserves is to have a drilling rig running,” he explained.

Spears, who delivered the presentation on the first day of the meeting between OPEC and non-OPEC producers, lamented the market volatility and lower oil prices, which were hovering just above $50/bbl.

However, he reminded his audience of industry decision-makers, many of whom work in the oilfield services and equipment space, that oil demand tracks population growth, meaning demand growth won’t disappear anytime soon—even with “the greatest amount of alternative energy source infrastructure development that you've ever seen in all of time.”

When it comes to the industry’s long-term viability, he said, “the thing we really need to be afraid of and deal with is the confluence of politics and the environment.”

The threat was most evident in the “train wreck that almost happened in Colorado” by way of Proposition 112, he said. The proposed lengthening of the state’s setback rule, which was defeated by voters in November, would have put 85% of nonfederal land in Colorado off limits to new oil and gas development, the Colorado Oil and Gas Conservation Commission estimated. Oilfield services and equipment firms would’ve lost an entire region of customers.

Spears said his firm’s position is that the same people behind Proposition 112 will try to “put it on the ballot of every state possible,” including Texas, New Mexico, Oklahoma, Pennsylvania, and Ohio. The approach of those who advocated the Colorado measure was to say, “We need the oil and gas industry—we just want them to be a little bit farther away from our children and the most vulnerable of our structures,” Spears explained. “Everybody can be for that.”

This is why polling on the initiative ran so close before the measure was voted down, he said. Had it passed, the world would’ve been short of oil by spring, and prices would have ballooned.

Spears believes the industry went about fighting Proposition 112 in entirely the wrong way. Industry organizations stressed that the measure’s approval would’ve caused the elimination of thousands of jobs, but a vast majority of Coloradoans don’t work in the industry and don’t necessarily care about the plight of its people.

Seldom mentioned was the potential impact on teacher pay and the resulting quality of education as well as on retirement funds of state employees. State revenue generation affects everyone, Spears noted.

Led by Frac, The Oilfield Services Space Could Get Interesting in 2019