How Does Vaca Muerta Stack Up vs. US Shale? Data Tell the Tale 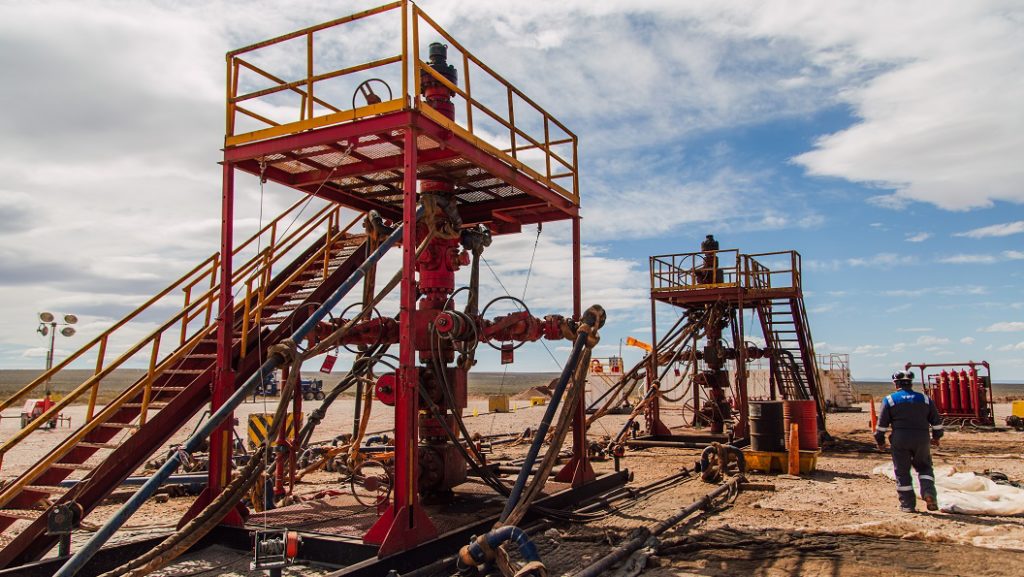 For what seems like forever, the upstream universe has awaited the emergence of Argentina’s Vaca Muerta Shale as the international answer to US shale.

In many regards, it already holds its own. In others, there is still much work to be done. Either way, 2018 and 2019 will mark a promising step forward for the play, according to data from research and consulting firm Rystad Energy.

US shale plays grew exponentially during their development phases, with the number of horizontal wells completed shooting up year-to-year in their first 5 years of relevancy. Vaca Muerta shows potential for a similar activity surge given geology “as good or better than the majority of the US plays,” noted Ryan Carbrey, Rystad senior vice president, shale research, during a recent Vaca Muerta-focused webinar.

But the region still needs to overcome several issues to spark broader development—namely political risk, access to capital, and limitations when it comes to oilfield services, logistics, and labor requirements.

Even with these issues, “we are actually talking about really significant production additions from Vaca Muerta in the medium term,” said Artem Abramov, Rystad head of shale research. The number of wells fractured in the play jumped in 2018 to 143 from 104 in 2017, according to Rystad data. The firm forecasts the total to rise to 207 next year and almost 250 in 2021, representing a 20%/year increase.

Abramov compared the play’s geology with that of the Eagle Ford Shale in the US because it has three distinct, highly prospective thermal maturity windows: oil, a mix of condensate and volatile oil, and dry gas. However, much of the recent Vaca Muerta development has focused on the deeper gas window of the play, while the Eagle Ford’s dry gas window has not proved to be commercial.

Vaca Muerta gas production was around 900 MMcf/D in October and is expected to reach 1 Bcf/D in early 2019, if not sooner, Rystad data indicate. A record 19 horizontal gas wells came online during the month.

Aside from Argentina’s state-owned YPF, operators such as Tecpetrol, BP, Total, and a few other firms are just now entering the development phase. Their production gains should help bolster Vaca Muerta gas production above 3 Bcf/D by the end of 2021, Rystad projects.

Well productivity in the play competes with the best of US shale, with 30-year estimated ultimate recoveries (EUR) normalized for 7,000 ft as good or better compared with areas in the Marcellus, Utica, and Haynesville shales. The average 30-year EUR for dry gas wells in YPF’s El Orejano area is 12.9 Bcf and Tecpetrol’s Fortin De Piedra area is 12.5 Bcf. BP’s and Total’s wells in the Aguada Pichana area average 9.4 Bcf and 9 Bcf, respectively.

Oil production in the region has largely been driven by the liquids-rich Loma Campana area, where this year there has been a “dramatic acceleration in the pace of production additions,” Abramov said. As of October, Vaca Muerta oil output was around 75,000–80,000 B/D.

Vaca Muerta stands out from US shale plays in that it features shallow decline rates on base production. “So even by 2021, we are talking only about a 70%, maybe 75% decline. It's not as high as we typically observe in some other places like the Bakken or the Permian Basin,” he said.

As hydraulic fracturing gradually ramps up in the play, Rystad forecasts Vaca Muerta oil production to average 160,000–200,000 B/D by late 2021. Abramov said that it is “quite impressive” the projected fracturing activity will be enough to boost production that high without major changes to well designs. Even further potential could be unlocked as operators drill longer laterals and use more intense completions with denser stage spacing.

Compared with the most productive US liquids plays, Loma Campana well productivity lies somewhere in the middle. Thirty-year EURs normalized for 10,000 ft laterals in the Argentine play average 550,000 BOE—more than the Eagle Ford core but less than the Bakken core and well below the Permian’s Midland and Delaware Basins. “It will still take some time and further optimization of the well design to see the well results competitive with the Permian Basin,” Abramov said.

YPF is moving toward full-scale development after completing its first 10,000-ft lateral this year. “Typically when you go from 1.5-km to 3-km laterals, it’s very difficult to maintain normalized productivity at the same level,” Abramov said. “That's what we often saw in the US—that productivity per foot was degrading when laterals were getting longer. In the Loma Campana area, we don’t observe this problem—at least as of now.”

With a “very conservative” terminal decline assumption of 10% per year, longer laterals in Loma Campana post 30-year EURs of 500,000–650,000 BOE, Rystad estimates. YPF “is now talking about 900,000 BOE recovery,” but it is on a three-stream basis vs. two-stream in Rystad’s data and “probably relies on a little bit less conservative terminal decline assumption,” Abramov posited.

But “there is a high chance that we'll see some wells in Vaca Muerta ultimately delivering recovery rates about 1 billion BOE,” he said.

Abramov added that gas content is low in Loma Campana vs. US liquids plays, including the Bakken. “To some extent, Loma Campana exhibits black oil reservoir properties with very slow growth in the gas-oil ratios over the well lifetime,” he said. “Even after 2 years on production, we rarely see gas-oil ratios exceeding 1,000 cu ft/bbl. Whereas, even in the Bakken, these figures often reach 2,000 cu ft/bbl.”

“Cost is where we need to see a lot of progress before Vaca Muerta really becomes competitive from the global perspective,” said Abramov. Loma Campana well cost is “significantly more expensive” compared with US liquids plays, he said, averaging around $1,600/lateral ft in 2017. Only the Delaware Basin averaged more than $1,000/lateral ft and the DJ Basin averaged just $500/lateral ft.

Improvements in cost have been seen this year as Loma Campana laterals have lengthened. But logistical problems will need to be solved before breakeven costs are brought in line with those in US plays. The biggest constraints are access to proppant and infrastructure.

Currently there are no local commercial sand mines in or near Vaca Muerta. The two mines in Argentina are some 600 km and 1,400–1,600 km away and can only supply sand by truck. Historically, Northern White sand has been shipped from the US and trucked into the basin.

But the region’s existing roads and rail are aging and unreliable. A private-public partnership to build a rail line into the basin has been floated. “But we believe, due to financial concerns and just the bureaucracy down there in general, that would not be likely to be completed and usable for at least 5–7 years,” Carbrey said.

While some firms are looking into developing mines in the region, he said, “there’s been no clear indication that one will be developed anytime in the next couple of years.”

Secondary risks include labor and pressure pumping availability. Labor unions have made the trucking of sand even more expensive, and the few pressure pumpers in the basin have been forced to hire more personnel than they actually need. But the government is working to smooth relations between unions and the private sector. “The labor unions seem to be favorable to working out deals because they also realize the potential of the play,” Carbrey said.

The pressure pumpers currently active in Vaca Muerta are Schlumberger, Halliburton, Baker Hughes, Weatherford, CalFrac Well Services, and Ecostim Energy Solutions. Profit margins will need to improve to attract further investment and even more of these firms into the basin. The region also lacks a local supply of equipment and technology, which is important given its geological complexity.

Also, once drilling, completions, and production do approach the levels seen in US shale plays, Vaca Muerta—which is geographically larger than the Permian—will need sufficient midstream, storage, and processing capacity to handle the larger oil and gas volumes.

How Does Vaca Muerta Stack Up vs. US Shale? Data Tell the Tale