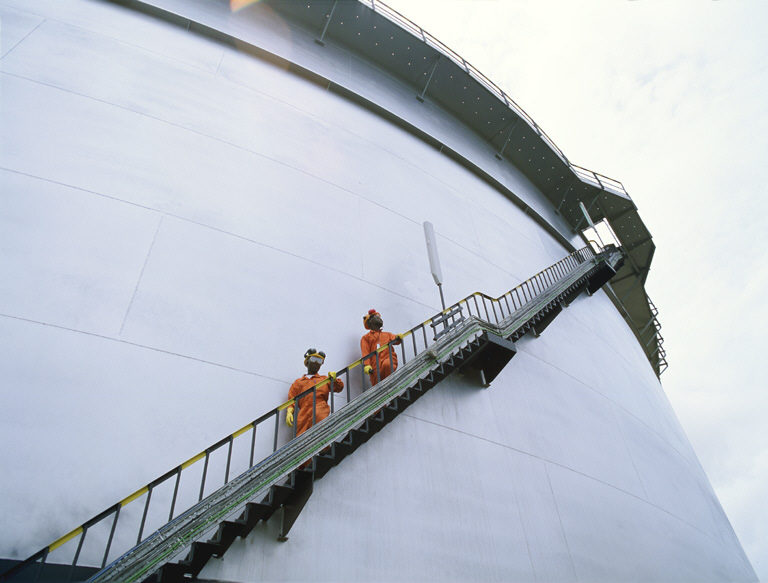 Rising oil inventories stored in tanks, like this one from Shell, have driven down prices. Source: Shell

Oil prices fell sharply in late 2018, similar to 4 years ago, but this time around oil companies seem better able to make money at these price levels.

The US Energy Information Administration (EIA) made those observations in a new report released in December, after a day of trading in which the benchmark US price closed at $47.20/bbl. Brent closed at $56.49/bbl.

Companies that survived the price downturn that began in 2014 are in better shape now. “Most measures of profitability and balance sheet fitness indicate companies should be able to weather the recent price downturn,” the EIA report said.

Looking ahead, EIA’s short-term price outlook forecasts the US benchmark to settle at around $50/bbl in 2019, but it warned that volatility and uncertainty remain high. The financial pressure on companies could grow if prices sink further. 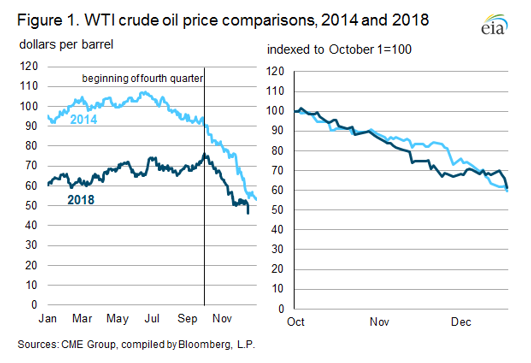 Daily declines from 1 October and the date of the report’s release (19 December) track closely the declines that took place at the same time in 2014.

Many operators in the Permian Basin have been living on less this year, because pipeline capacity constraints have held down prices there.

EIA’s financial strength analysis was based on information from 40 companies showing that their production expenses were significantly lower than they had been in 2014. They are down from $13.97/bbl in 2014 to $9.87/bbl in the third quarter of 2018. Many companies also have more cash on hand this time around.

Another difference is that the universe of companies has sunk due to industry consolidation. The fact that the EIA studied companies that survived a period when so many went out of business may paint a more positive picture.

Saudi Arabia’s Energy Minister Khalid al-Falih predicted that oil inventories will drop during the first quarter of 2019 and also that OPEC, Russia, and other oil producers will continue to trim production to balance the market.