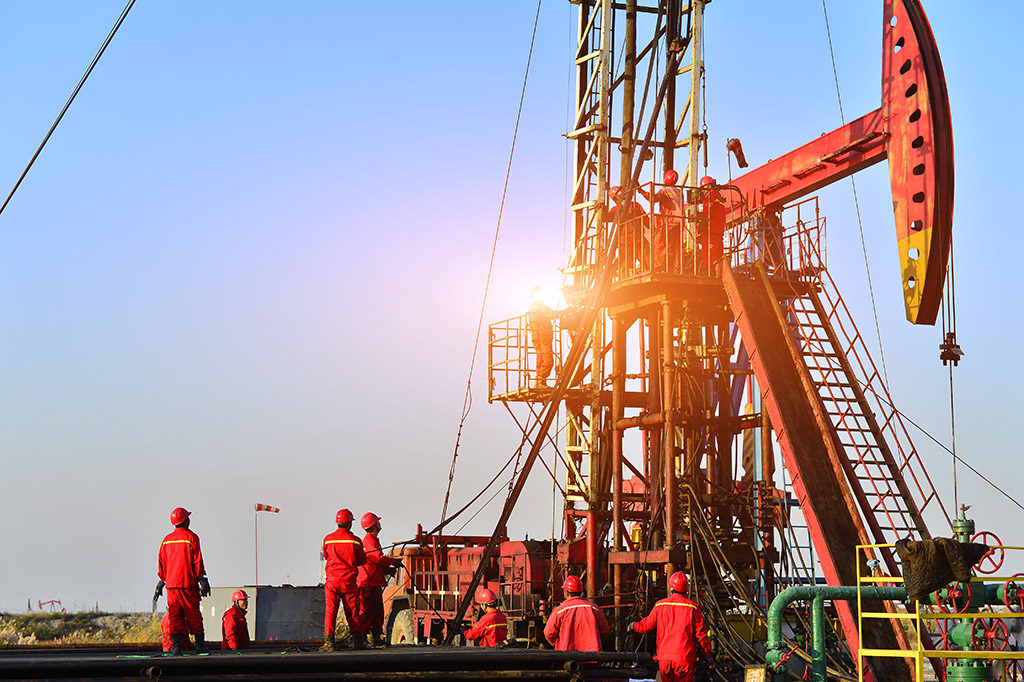 Historically, lithium batteries have been a known safety hazard in the downhole industry.  The electrolyte used in these batteries is highly corrosive and the lithium metal is highly flammable. Mishandling these batteries can result in serious injuries or even fatalities.  Exposure to hazardous chemicals can occur if a battery has leaked, vented, or exploded.

Most notably, thermal runaway events and battery explosions caused by user error or by harsh environmental conditions have been known to lead to casualties, some very serious in nature.  In the event of a battery explosion, the lithium can create a fireball that burns at temperatures of over 1000oC and spreads in all directions.  These events can cause extensive property damage, severe injuries or death.  Additionally, special firefighting skills and equipment are required to handle lithium-battery fires.

These risks represent a moral and a financial liability for oilfield service providers and equipment manufacturers.  Policies and procedures, SOPs and risk mitigation are noble pursuits that serve to work around the fact that there has been no alternative solution until now.

Having the ability to eliminate lithium altogether by combining downhole turbines with harsh environment ultracapacitors finally eliminates these risks.

Lithium is heavily restricted from airborne freight and for good reason.  Recall recent high-profile airline issues in the news, e.g. the Boeing Dreamliner, as well as the warnings that have become commonplace about lithium batteries on planes.  These limitations place severe constraints on supply chain logistics for oilfield service providers.  Batteries must be either transported by other means well in advance of the job or purchased from local manufacturers and shipped by ground.  With an industry that operates in all corners of the world, it is surprising that this is practical at all.

The potential safety hazard of transporting lithium batteries applies to both new and depleted components. Although there are safety standards that provide guidelines on how these batteries should be handled during transportation, the risk hazards are not adequately managed. The crash of the United Parcel Service cargo plane in 2010 is evidence to how risky it is to transport lithium batteries by air. According to the report that was published by United Arab Emirates General Civil Aviation Authority, the fire was accelerated and sustained by flaming electrolyte from ruptured cells.

Oil and gas companies can finally avoid the logistics nightmare of transporting lithium batteries by eliminating them from their tools.

Lithium batteries can explode on the surface and the risk there is obvious and grave.  However, they can also explode downhole and sometimes this results in a loss-in-hole (LIH) failure.  This means that the very expensive downhole toolstring and in some cases the entire borehole is lost, potentially costing millions.  This risk is completely eliminated by using the lithium-free toolstring, because there is no lithium to explode.

Studies have revealed that nearly 20% of drilling failures in offshore wells are caused by equipment-related issues. More than half of these equipment-related failures are due to MWD-related problems. Furthermore, most of today's drilling operations subject tools to harsh shock and vibration, and statistics show that approximately 30% of downhole failures are triggered by these conditions. It is well known that the reliability of lithium batteries declines when they are subjected to such conditions. Eliminating these batteries from MWD and logging-while-drilling (LWD) tools can help to boost the overall reliability of downhole tools.  Newly available ultracapacitors are rated to high shock and vibration and can improve the reliability of MWD tools by removing substantial risk of catastrophic failures and LIH events.

As batteries deplete, their performance diminishes.  In practice, this means that the internal resistance of the battery increases.  Over the useable life of a lithium thionyl chloride battery, this increase is significant – typically as much as 10X.  The power capability of the battery deteriorates until it becomes unusable.  The diminishing battery performance constrains the system design to be severely limited to end of life battery performance.  Additionally, operators may need to discard batteries before they are fully used.

Furthermore, as the batteries in a downhole tool deplete, that tool is further into the job and therefore deeper and further from the rig.  As the tool moves deeper and further from the rig, the demands on the downhole telemetry systems increase because they must transmit further.  Coupling this with the coincident diminishing performance of the batteries makes matters worse for the driller.

The lithium-free toolstring provides consistent performance throughout the well because it is non-depleting.  This feature alone allows for more reliable, more accurate, faster, and less costly drilling operations.

Ultracapacitors have low ESR and can be safely connected in arrays to multiply power capability.  Moreover, internal electrochemistry is insensitive to the specifics of the load profile, for instance, there is no need to worry about pulsed current effects like cathode freeze-over or potentially dangerous internal heat dissipation that could liquify lithium and cause a thermal runaway event.  Therefore, the lithium-free toolstring offers a higher power solution that can enhance the performance of downhole tools.  This combined with the non-depleting performance benefit described above supports next generation features and performance throughout the well, especially for high performance LWD and deep investigation tools.

No Tripping Out to Replace Batteries

Some drawbacks of a primary battery as a downhole power source stem from the fact that it is "depleting," i.e., it has a finite amount of stored energy and cannot be recharged.  Ultracapacitors can be recharged and this makes them a better option when used in conjunction with a downhole turbine.

Trips out of the borehole are typically linked to drill bit wear and batteries are usually scheduled to be replaced during those trips.  In this common scenario, the operators gamble that they'll have enough battery runtime to outlast the drill bit.  However, on occasion, drill bit wear is slow or batteries deplete faster than expected.  The operator is required to trip out of the hole just to replace the battery.  The cost of this is substantial, easily a six-figure mistake with common anecdotes of service providers being “run-off” of the rig in dramatic fashion.

Using the lithium-free toolstring eliminates this consideration because it is non-depleting.  The ultracapacitors can be recharged from the downhole turbine many thousands of times before needing to be replaced.  Eliminating this battery-related non-productive-time (NPT) can significantly help to improve efficiency in downhole drilling operations.

With batteries as the downhole power source, they must replaced frequently - normally between each run, and certainly between each job.  This adds human intervention to mission critical processes and equipment, which create real cost and reliability factors that have to be managed.  Of course, the cost of the batteries themselves is not insignificant - a typical 8-cell battery pack sells for about $1,000 - several are normally used per run and several runs normally comprise an entire job.

With the lithium-free toolstring, there is no more battery replacement between runs or jobs so the associated human intervention is eliminated.  Likewise, the variable cost of batteries to the drilling job is completely eliminated.

A well-known “quirk” of lithium thionyl chloride batteries is their need to be de-passivated after storage and before use.  The passivation layer is formed due to the interaction between the electrolyte and the metallic lithium anode. In some cases, this layer can grow thicker and significantly affect the discharge performance of a battery. A battery with a thick passivation layer exhibits a significant voltage delay and requires de-passivation before it is used .The process of removing a thick passivation layer can significantly reduce the capacity of a cell.  The electrochemical process that passivates lithium batteries is simply absent from ultracapacitors and so this costly logistical step is eliminated.

The temperature range between the surface and the bottom hole environment is extreme with downhole temperatures commonly reaching up to 150°C.  The risk of leakage or explosion of lithium batteries increases significantly when they are exposed to high temperatures.  Add to this that rigs operate in northern regions of Canada and parts of the arctic and the operating temperature range of the power source for these tools can become a problem.  Warming lithium thionyl chloride batteries on surface to initiate the tool is a dangerous activity, known to have caused catastrophic failures in the past, but is sometimes necessary to get the job done.  The lithium-free toolstring eliminates this problem because the ultracapacitors are operable down to -40°C.

To this point, lithium batteries have been the only viable downhole power source.  However, they come with serious drawbacks in performance, safety and handling, and reliability.  There is finally an alternative solution that addresses each of those drawbacks.  The lithium-free toolstring combines high-temperature ultracapacitors with a downhole turbine.  This is safer, cleaner and higher performance and is a compelling solution for downhole equipment manufactures and drilling service providers alike.   However, newly available ultracapacitors are capable of operation in the harsh environments required by oil and gas drilling operations, providing a safe and cost-effective alternative to lithium thionyl chloride batteries.

Nanoramic Laboratories’ FastCAP Ultracapacitor division has brought to market Extreme Environment (EE) Ultracapacitors rated for temperatures of -40°C up to 150°C.  these ultracapacitors are hermetically sealed and rated for high shock and vibration (500Gpk and 20Grms), and so are very suitable for use in harsh environments paired with a downhole turbine.