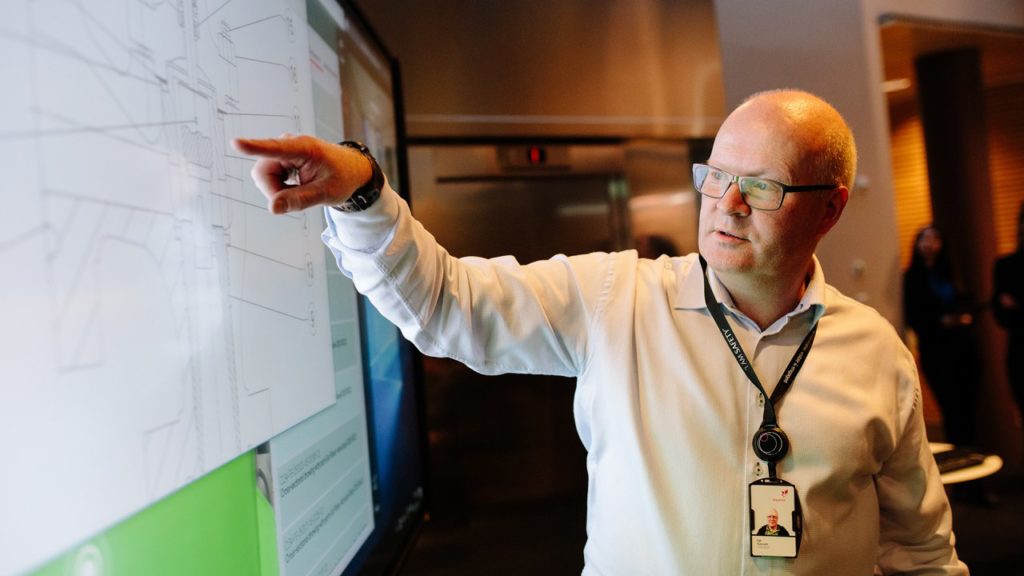 Equinor reached another milestone in its digital transformation with today’s official opening of two new onshore support centers that will centralize much of its offshore exploration and production activities.

Located in Bergen, the company says that the centers have already helped boost production and improve safety. The expectation is that the digitally enabled centers and their multidisciplinary staff will create more than $2 billion in new value from 2020-2025.

The integrated operations center saw its first test in September as it was connected to the Grane, Gina Krog, and Åsgard fields. Facilities at the Aasta Hansteen and Norne fields were brought into the center more recently. By 2021, all Equinor-operated fields in the Norwegian Continental Shelf (NCS) will be managed from the new center.

Equinor has not shared figures, but Arne Nylund, executive vice president for development and production in Norway, said in a press statement that both production and earnings improved in the first three fields to be connected.

“This marks that we have just started phasing in our 40 installations to the (center), revealing a great potential,” he said. “The good results are achieved by production optimization, improved condition monitoring and operations support for safe offshore operation. The integrated operations center will also be relevant for our onshore installations and international activities.”

The center is using emerging technologies to monitor the production platforms such as digital twins that use real-time sensor data to identify a system’s performance issues before they lead to a shutdown. Other adopters of this technology for offshore platforms include BP, which announced last year that it had implemented digital twins for all of its Gulf of Mexico facilities.

Drilling operations done offshore and at Equinor’s other onshore offices are also to be housed under one roof in the Geo-Operations Center (GOC). This center is expected to save about $31.5 million a year and will oversee the “geoscience control of drilling operations.”

“This is a completely new way of working and represents one of the biggest changes we have made in petroleum technology and geology during the last 20 years,” said Kjetil Hove, head of operations technology on the NCS. “The GOC will utilize new technology and help form a digital future, where tasks are carried out and experience gained and shared in smart ways.”

The company says the two centers will enhance knowledge transfer within its ranks and lessen its carbon footprint. With more experts working onshore, the need to transport them to remote platforms is significantly reduced.

In December 2017, Equinor made a similar digital transition with the opening of a centralized operations center at its offices in Austin, Texas where more than 1,100 of the company’s US wells are monitored. 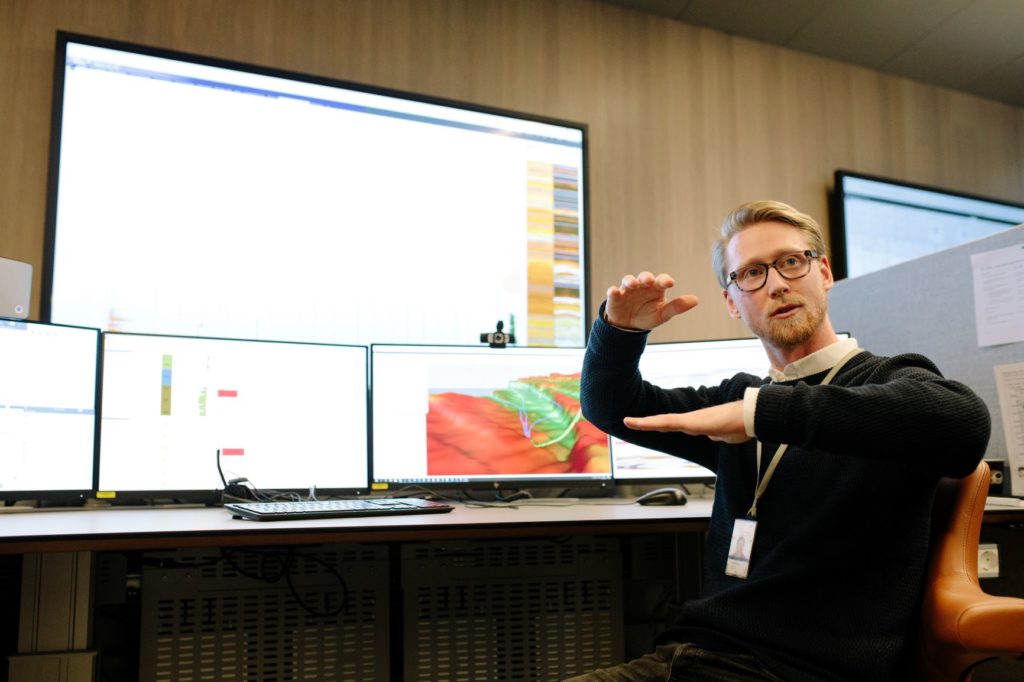 Lars Jørgensen Tveito, a senior geoscientist at Equinor, gives a presentation from one of the workstations in the newly opened Geo-Operations Center(GOC) in Bergen, Norway.