Drilling: What Can We Do To Thrive? 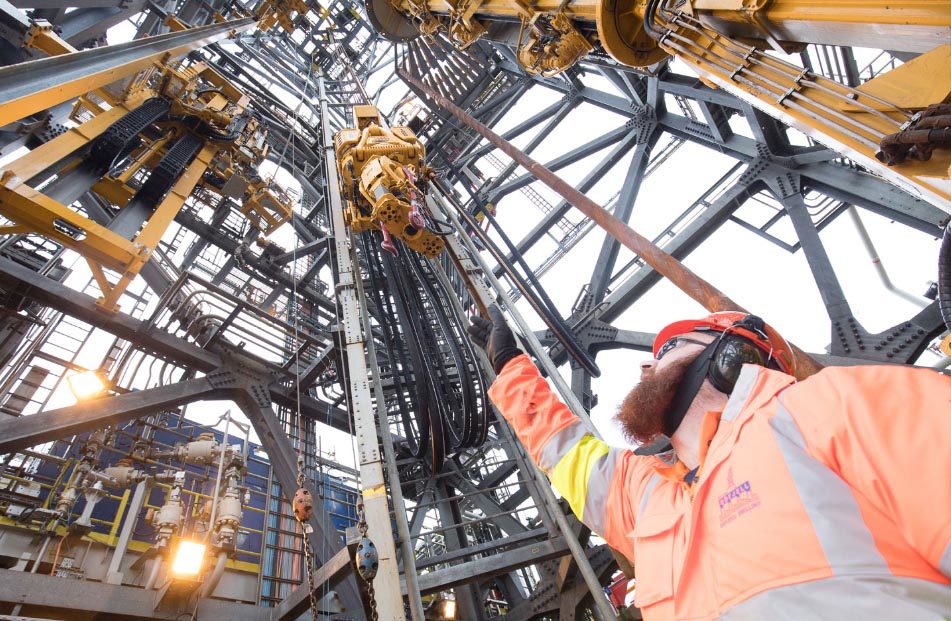 Editor’s note: This is the first of a series of articles in which SPE’s technical directors comment on the state of their industry sector heading into 2019.

The cost of drilling services and supplies has finally started rising. After talk­ing about finding ways to build lasting efficiencies into these jobs, it is time to make that happen.

“You can’t beat vendors down for­ever,” said Jeff Moss, SPE’s Technical Director for drill­ing. “Sustainable efficiencies are one of the big drivers now. First it was ‘get it cheap and survive,’ now it is ‘what can we do to thrive?’ ”

The opportunities for lasting increas­es in efficiency involve people, machines, and digital possibilities.

“For people, I mean training and auto­mation” to increase the capabilities of drillers, Moss said. This will require an understanding of the physics of drilling so that drilling can be done more efficiently.

Digital controls are now possible on most rigs since the deep downturn trig­gered a purge of the rig fleet, eliminat­ing older rigs that did not have modern control systems. As demand increas­es, some of those older rigs are being upgraded to meet the standard.

Still, there are potentially valuable innovations that are stalled by standoffs between buyers that do not want to pay for things unless they know it works and sell­ers who are not willing to invest in devel­oping innovative products without evi­dence that there are buyers.

One possibility for breaking that jam would be for drilling contractors who believe that innovation can yield sig­nificant benefits to begin offering to drill wells for turnkey (fixed-price) con­tracts, Moss said. These contracts would reward efficient drillers. He acknowledg­es that changing the long-accepted status quo would not be a simple transition.

Big data offer promise and prob­lems. “A lot of data are very question­able. Some are good, some not so good, and layered on top of that is an ongo­ing debate about who owns it,” Moss said. The industry will have to work out when it makes sense for an operator to maintain sole ownership—downhole data on the reservoir is one—and when there is value in sharing—a driller needs data related to equipment failures to reduce downtime.

The word automation is associated with machines replacing humans. Moss sees automation as a way to improve operations because machines can do the intensive computation needed to turn a flood of data into constant corrections.

Digital control of the weight on bit can free the driller to focus on managing the crew. Moss said that is an example of “automation to enhance capabilities of people … not to replace people.”

Drilling: What Can We Do To Thrive?