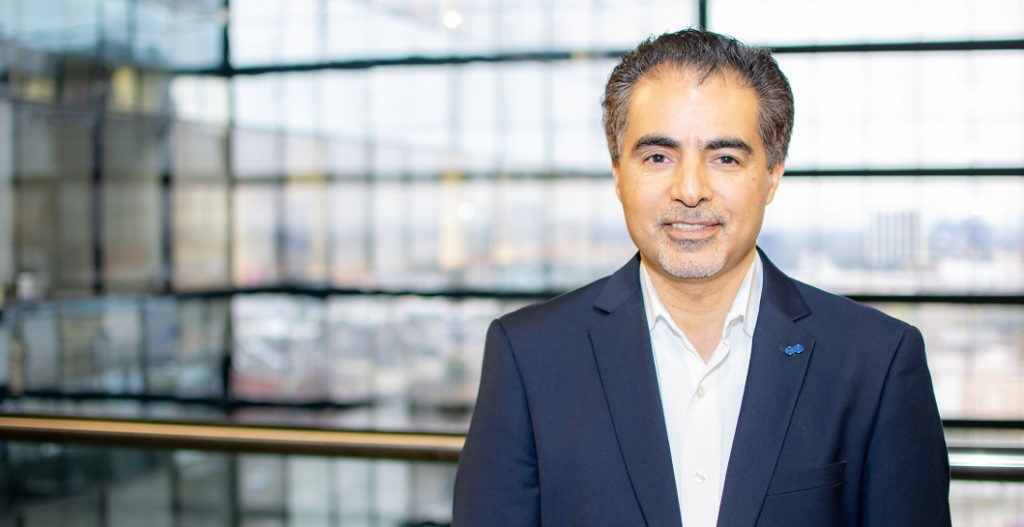 This goes for people outside the industry whose perceptions of extraction, distribution, and use are shaped by the relentless campaign against hydrocarbons, as well as those inside the industry who don’t truly realize the value they add to the world.

Sami Alnuaim wants to change the narrative while encouraging the industry as a whole to embrace sustainability. The 2019 SPE president was on hand 21 January at the University of Houston to welcome the launch of two initiatives aligned with his cause: the Consortium for Energy Corporate Social Responsibility (CECSR) and the Center for Carbon Management in Energy (CCME).

CECSR is headed by Suryanarayanan Radhakrishnan, managing director of UH Energy and clinical assistant professor of Decision and Information Sciences in the UH Bauer College of Business. The group of energy firms will promote the advancement of corporate social responsibility principles in the industry.

CCME is led by Charles McConnell, a long-time energy executive and former assistant secretary in the US Department of Energy. The organization will seek out and develop carbon management strategies, including carbon capture and utilization during production and transportation along with negative emissions technologies.

Both initiatives will fund and participate in research and encourage knowledge sharing in their respective areas.

Such programs are critical to the long-term viability of the oil and gas business. Explaining that the industry’s image doesn’t reflect all the good things it does, Alnuaim cited a survey published in 2017 by Ernst & Young in which a mere 25% of US teens polled had a positive view of oil as an energy source. In another example, he mentioned a crossword puzzle that appeared in a major US newspaper in which the answer to the clue “explosives used in fracking” was “TNT.”

As a result, traditional oil companies are removing “oil” from their names, in part, to attract younger talent who may be hesitant to join the industry. Keeping a steady inflow of young professionals and maintaining a license to operate will require an image transformation, said Alnuaim, who laid out a number of ways the industry is acting as a good global steward.

More than half of the world’s energy mix is oil and gas, which benefits not only the gross domestic products of countries that produce and export it, but also those that import and use it to generate additional GDP within their own borders, he explained. In one scenario outlined in BP’s 2018 Energy Outlook, world GDP is slated double by 2040, lifting 2.5 billion people from low incomes.

At the same time, the industry will have to keep pace with growing demand for oil and gas. And it is doing so by continuing to invest in exploration, development, and technologies—even through the downturn, as some $2 trillion was spent between 2012 and 2018—to ensure there will be adequate supplies. Demand from the transportation sector in particular will continue to rise despite growth in electric vehicle usage. This can be attributed to trucks, marine, and aviation, according to the outlook.

While oil and gas activity has continued to increase, safety metrics have improved dramatically in recent decades. “I don't think you can find any industry that can match our excellent performance when it comes to safety,” Alnuaim said.

Growth in carbon dioxide emissions is also declining. Enabled by hydraulic fracturing, abundantly produced natural gas in the US has supplanted coal as the country’s biggest source of electric power generation. But the International Energy Agency (IEA) forecasts 70% of additional global power capacity will come from renewables, a shift SPE supports and the entire industry should get behind, he said. In other words, both forms of energy should coexist.

Ultimately the industry remains the main driver in reducing energy poverty, which fell below 1 billion in 2017, according to an IEA estimate. But there’s still much work to be done in Africa, whose population is about that of North America and Europe combined.

One area where the industry has been roasted publicly is flaring. Alnuaim noted that, through the adoption and implementation of best practices, the industry has reduced flaring by 15% over the last 20 years even as production has increased. This is a problem, he said, that should be viewed from a business perspective. Outside investment in infrastructure in developing countries would enable excess gas to be used for power generation or petrochemicals, improving GDP and quality of life.

At Saudi Aramco, where Alnuaim is a more than 30-year veteran, the company is leading development of crude-to-chemicals technology to get more out of each barrel of oil. The firm and Saudi chemical giant SABIC last year announced plans to build a complex at Yanbu on the country’s west coast that will process 400,000 B/D of crude and produce 9 million tons/year of chemicals and base oils.

Along those same lines, Radhakrishnan said CECSR is emphasizing a business case in its advocacy of corporate social responsibility. If sustainability initiatives are all seen as costs, adoption of those initiatives will be much slower.

Alnuaim hopes to see progression of carbon capture and sequestration, an area of interest for CCME. While it has long been discussed as way to mitigate the industry’s carbon impact, the industry has been slow on the uptake due to the high costs associated with the technology.

However, Aramco has implemented CCS at Saudi Arabia’s giant Ghawar oilfield, where 800,000 tons/year of CO2 is being injected in an effort to boost recovery. “The results so far are very, very promising,” he said, noting that it represents only 1% of the field. Extrapolating the technology across the field and to other massive fields globally would be a “game changer,” he added.