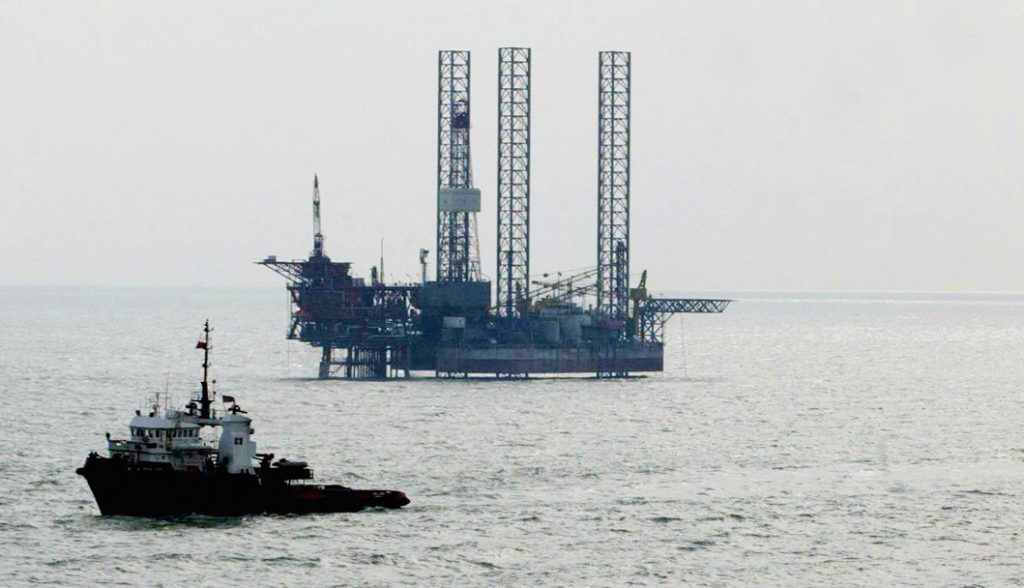 CNOOC Ltd. plans to accelerate activity this year as it seeks to raise its oil and gas production and reserves to meet growing Chinese domestic demand.

A bulk of near-term output will come domestically, but the subsidiary of state-owned China National Offshore Oil Corporation is leaning on its international projects to boost production longer-term.

The company said it expects to produce 1.33 million BOE/D in 2019, an increase of 2% from its 2018 average, with domestic output accounting for 67% of this year’s production. Overall production last year rose nearly 3% year-over-year, reflecting a 3% bump from inside China to 845,000 BOE/D as several oil and gas fields came on stream, consultancy Wood Mackenzie said in a note.

Through 2021, output in China is slated to grow 1%/year, supported by the expected 2020 launch of the Lingshui 17-2 gas field in the South China Sea, CNOOC's first subsea deepwater project.

Overall production is expected to rise 4%/year over the next 3 years on the back of international output, which is seen jumping 10%/year. Projects in Nigeria, Guyana, and North America, including the deepwater Gulf of Mexico, Eagle Ford Shale, and Alberta oil sands will drive the big gains.

“There is potential for outperformance internationally given the success in Guyana,” said Maxim Petrov, senior analyst at Wood Mackenzie. The ExxonMobil-operated Guyana consortium has tallied 10 discoveries to date.

CNOOC expects six new projects to come on stream this year. Oil is already flowing from two of them: the Total-operated Egina field off Nigeria and the company’s 100%-owned Huizhou 32-5 comprehensive adjustment/Huizhou 33-1 joint development project in the South China Sea.

CNOOC in 2019 plans to drill 173 conventional exploration wells, up 6% from 2018 when the company drilled “almost a quarter more than planned” after ramping up activity in the fourth quarter, Petrov said. The firm will place a strong focus on unconventionals this year, expecting to drill 73 wells, up 109% year-over-year.

Seeking to raise its reserve replacement ratio to 120%, CNOOC “will continue to look for incremental shallow-water discoveries in the Bohai Bay and will increasingly target high-impact, deepwater exploration in the Pearl River Mouth Basin,” Petrov said. The company late last year announced strategic agreements with nine international firms for possible exploration of two areas in the basin.

This year’s exploration work is projected to add up to spending of $2-2.3 billion, a year-over-year jump of around 12% in the middle of the range. The budget is greater than those of most international majors, Wood Mackenzie notes. Three-quarters of the spend will go toward domestic work.

The company’s overall spending for the year is expected at $10-11.6 billion, about even with last year.

“Having consistently underspent over the past few years, including a 10% undershoot in 2018, we think this time CNOOC will make a concerted effort to meet and even overshoot its target,” said Petrov. “China's political momentum has shifted and the NOCs are being asked for greater domestic investment.”

However, the company’s spending did spike in fourth-quarter 2018, when it doled out 42% of the total $9.5 billion spent for the year. Much of it was allocated domestically.

“In 2019, the company will steadily increase the reserve and production of oil and gas and accelerate its digital transformation,” said Yuan Guangyu, chief executive officer of parent company CNOOC, in a news release. “Meanwhile, we will continue to pursue a green, low-carbon and environment-friendly development model and promote the high-quality development of the company, in order to deliver improved shareholder returns.”

CNOOC also said it is involved in a new offshore wind project near East China’s Jiangsu Province. Additional details on the project were not provided.

The company’s plan sets “a bullish tone for the rest of the Chinese national oil companies,” Wood Mackenzie said. It “should be viewed within the context of increased political pressure to secure China's energy self-sufficiency,” said Petrov. “President Xi Jinping's call for greater self-reliance and the growing economic slowdown in the second half of 2018 have provided impetus for companies to start meeting their national objectives.”

“Increasing output and investment are now front of mind of every Chinese state-owned enterprise,” he said. “We expect similar themes to emerge from PetroChina and Sinopec Corp. when they report in March.”