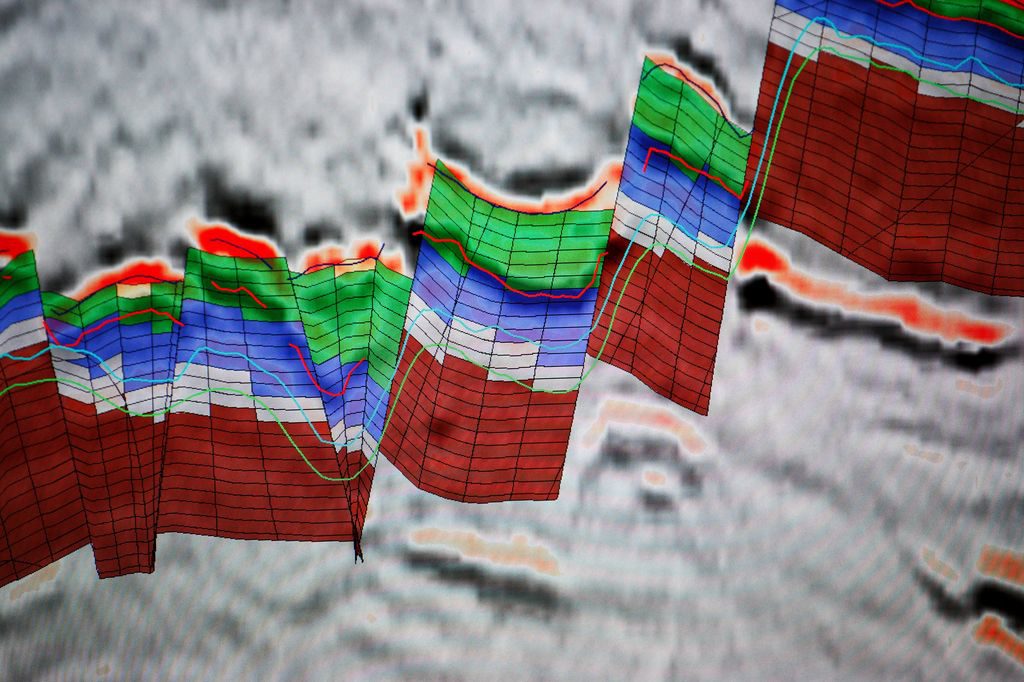 Seismic interpretations of an oil and gas reservoir. Source: Total

The Chinese National Offshore Oil Corporation (CNOOC) has discovered a gas and condensate reservoir at the state-owned company’s Glengorm prospect in the UK North Sea. The resource, located 118 miles east of Aberdeen, is estimated to hold close to 250 million bbl BOE.

CNOOC tapped the reservoir in a water depth of 282 ft with a jackup rig. Total depth of the exploration well was just over 16,500 ft and gas and condensate pay zones were found with a thickness of 123 ft. The company had previously tried and failed to drill two prospect wells in 2017.

Xie Yuhong, executive vice president of CNOOC, said the “Glengorm discovery demonstrates the great exploration potential” for the offshore block and that the company is “looking forward to further appraisal.”  CNOOC is the operator of the field with a 50% interest. French supermajor Total owns a 25% stake in the field and Euroil holds the remaining 25%.

“Glengorm is the largest gas discovery in the UK since Culzean in 2008,” said Kevin Swann, a senior analyst with Wood Mackenzie’s North Sea upstream team. He added that the field will be “challenging and costly” to develop because the gas reservoir is high-pressure/high-temperature.

The economics could be more friendly, however, since the new field is near transportation infrastructure operated by partner Total. Glengorm production could be tied back to either the Elgin-Franklin platform or the Culzean project that is scheduled for startup this year

Kevin McLachlan, senior vice president of exploration at Total, said in a release, “Following the recent Glendronach discovery, west of Shetland in the UK, Glengorm is another great success for Total in the North Sea, with results at the top end of expectations and a high condensate yield in addition to the gas.”

The announcement is seen by some as proof that there is more value to be created from the central area of the North Sea, considered one of the most mature areas of the offshore basin. Ross Dornan, market intelligence manager at Oil & Gas UK, the nation’s largest offshore trade group, described the discovery as a “major find” and said it would help add “another generation of productive life to the UK North Sea.”

CNOOC is expected to aim for aggressive growth this year and will bring on at least five other projects, including two with Total offshore Nigeria that have already begun to flow oil. In 2018, CNOOC and Total ranked fifth and third in the world, respectively, in exploration volumes discovered.