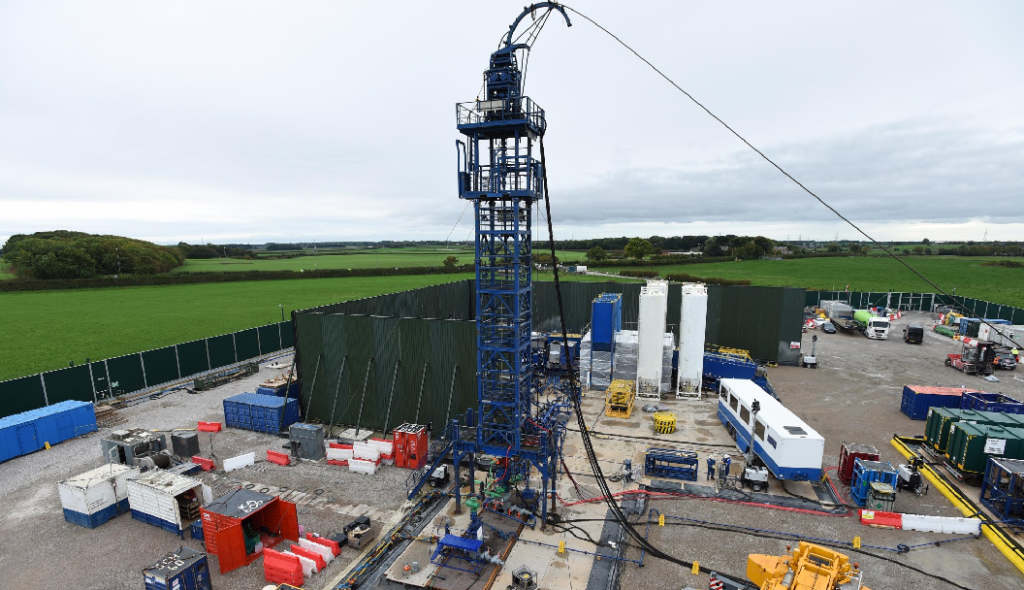 Cuadrilla said it shut in the well and will monitor buildup. Source: Cuadrilla.

But the UK government’s 7 February refusal to relax its seismic limits during hydraulic fracturing means operations will continue to be hampered as Cuadrilla attempts to test both of its wells targeting the Bowland Shale.

Fracturing of the first well began in October at Preston New Road in Lancashire. The Bamber Bridge-based firm shortly thereafter reported that gas had started flowing to the surface. The well, which is the first to be fractured in the UK since 2011, was drilled to more than 7,500 ft.

Francis Egan, Cuadrilla chief executive officer, said the operator “confirmed that the Bowland Shale formation fractures in a way that, from US experience, is typical of an excellent shale gas reservoir. A complex fracture network was generated in the shale and sand injected into the fractures has stayed in place during flow back.”

However, because of the UK Oil and Gas Authority’s mandate that Cuadrilla pause fracturing when microseismic events of 0.5 magnitude or higher are recorded near the site, just two of 41 stages have been fractured “fully as designed” and 14% of planned sand injection has taken place, Egan said. Cuadrilla has paused fracturing on several occasions.

Despite the constraints, gas flowed at a peak rate of more than 200,000 scf/D and stable rate of 100,000 scf/D. With all stages fractured, and compared with “a typical North American 2.5-km-long producing horizontal shale gas well,” Cuadrilla estimates a potential initial flow rate of 3–8 million scf/D.

Under the OGA’s traffic light monitoring system, when microseismic events hit the 0.5 magnitude threshold, the operator must stop injection for at least 18 hours, reduce pressure, and observe seismicity. The UK government has rejected calls by Cuadrilla and fellow UK shale explorer Ineos for a review of the policy.

“We set these regulations in consultation with industry, and we have no plans to review them,” said a spokesperson for the UK Department for Business, Energy and Industrial Strategy.

Cuadrilla said its plans to complete fracturing of the well and proceed with the second well were subject to the review's outcome.

Electrically powered completions equipment takes another step toward greater sector adoption with the announcement of this new agreement.

The first delivery of shale gas in the UAE marks a major milestone toward its goal of reaching 1 Bcf/D by 2030. It also signals the expansion of hydraulic fracturing in the UAE’s conventional fields.