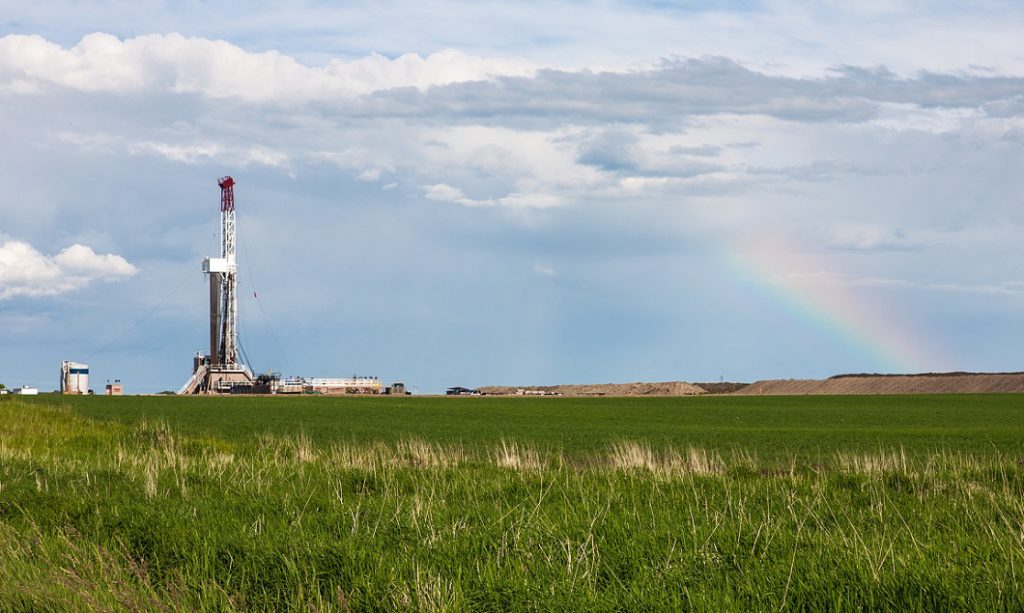 Last year marked a return to relevance for the Eagle Ford Shale.

Crude production from the south Texas play climbed steadily throughout the year and continued to achieve its highest marks ever. New, upstart independents came back to the region, including one led by the former head of Occidental Petroleum, as investors looked beyond the neighboring Permian Basin with its crowded top-tier acreage and pipelines. And operators began joining forces to increase the scale of their operations, headlined by Chesapeake Energy’s merger with Wildhorse Resource Development.

When it comes to what makes the play attractive, there is one constant: “In our business it all starts with the rock,” said Russell Parker, EP Energy chief executive officer. And his team has “seen time and time again, and through competitive analysis,” that the Eagle Ford’s “current trough productivity per foot is probably still the best in the country.”

Parker was among three panelists who spoke about the benefits of operating in—and buying into—the Eagle Ford during the SPE Gulf Coast Section’s recent A&D Symposium. Adding to his case, he noted that his firm’s “high-level economic calculations” based on capital deployed indicate the play, along with the Bakken, are the two US basins capable of remaining cash flow neutral in the $60/bbl range. “Every other basin, from our perspective, appears to be outspending cash flow,” he said.

In other words, many of the assets in the Eagle Ford generate free cash flow, a metric followed closely by public markets to measure operators’ financial performance. The other advantage is that, given the play’s location, output is priced to Brent and Louisiana Light Sweet crude.

Pure-play Eagle Ford operator Protege Energy III plans to return $40–50 million in free cash to its investors this year while growing production 40% after investment of $80 million. The Encap-backed firm set its sights on the Eagle Ford in 2015 when the play was out of favor and the cost of entry was low.

“We entered the Eagle Ford with the idea that we were going to look for those areas that are under-stimulated and create better wells,” said Martin Thalken, Protege chairman and chief executive officer. “And so far, we've done that” through tighter stage and perforation cluster spacing and properly landing wells. “Our landing zone that we stay within is a 10-ft window,” he said.

Protege’s development approach has resulted in better well productivity and lower well costs, he said. “When you have a situation where you're driving down costs and your wells are improving over time, you can be much more economic in a lower price environment.”

In the current environment, Protege is “looking at really redefining our development model to where we grow at a much slower pace, generate high-single-digit yield return to investors, and still grow our production and cash flow probably in the 10 to 15%/year range,” he said. “Is that attractive for an EnCap—a private equity company—to hang on to?”

Thalken said the private equity (PE) space could be heading in the direction where PE firms both have portfolio companies with 3-, 5-, or 7-year time horizons that are eventually liquidated as well as companies that are held longer term to generate yield. “We're looking at all those kinds of kind of scenarios right now. And I'm not sure where we'll end up,” he said.

Will There Be More Deals Any Time Soon?

A couple of years ago in the Eagle Ford, investors “were just hoping to buy a greenfield, drill a couple of wells, add a bunch of locations, and sell,” said Max van Adrichem, a director at BMO Capital Markets. Now that every penny counts, prospective buyers are coming with “prewired intelligence on specific areas of an asset” with the intention of developing real value.

He said equity markets today are rewarding good-but-not-crazy growth with assets mature enough to be drilled within cash flow. “When you put those things together, that’s most of the Eagle Ford at this point,” he said, making the play a good alternative to “some of the more mature basins which may not have enough running room to get you through 5 to 10 years.”

Van Adrichem sees plenty of opportunity for consolidation in the play, particularly among PE-backed firms looking to increase the scale of their operations there. “By our math there's about 25 teams in the Eagle Ford right now that have equity dollars deployed—close to about $6.5, almost $7 billion total.”

Many of those assets reside in the western Eagle Ford in McMullen, La Salle, and into Webb counties. When they are combined, “it really looks like a massive public company that has the ability to put out a big dividend,” with enough drilling locations to last for years, he said.

“The supply and demand dynamics in the Eagle Ford from an A&D perspective are probably the best that they've been in a long time” considering where many of the PE assets are in their life-cycles, their locations in the play, and their quantity, van Adrichem said.

On the public side, he said, markets are “finally recognizing what the Eagle Ford offers, which is a cash flow engine,” and companies “are getting an enormous amount of credit for it in their stock.” At the same time, smaller independents are beginning to return to the Eagle Ford. One example is Magnolia Oil & Gas, formed last year and led by Stephen Chazen, former Oxy chief executive officer.

Thalken said the Protege management team was targeting a sale roughly at the end of last year or beginning of this year, but the market is still adjusting to the decline in crude prices. “I think it just takes time to be within that new price regime before you see all the end transactions occur.” Ultimately, he said, “I think there'll be more consolidation. I think that'll happen in every basin. And then I think we would like to be one of those consolidators.”

Parker noted that making deals is challenging in the current market because being “a consolidator” requires having a long-term plan to generate cash or being a strategic investor with “a really large balance sheet.”

“And then the other piece of the equation is that the folks who own the assets think pretty highly of those assets,” he said. Operators can hold their assets, continue getting quality rates of return, and continue to explore methods such as enhanced oil recovery (EOR) to get more oil out of their wells.

Looking to the Future: EOR and Refrac

EP currently has two EOR projects under way, and the operator is climbing the learning curve, Parker said. “I would anticipate that it'll be something that expands for us out in the future…And our acreage recovery factor is in the 10 to 12% range of hydrocarbons in place with a horizontal well, so obviously there's quite a bit of prize left to be recovered.”

Parker added that miscible gas injection looks like “it should have a future” in the parts of the basin that are not heavily faulted, which would add to the basin’s economic competitiveness.

Thalken believes the Eagle Ford “is still in the early innings” when it comes to applications such as primary EOR and refracturing. But EOR is something “we really believe in. We think it’s going to work throughout the basin.”

While Protege is “a little further behind” on EOR, the company has studied pressure, volume, and temperature data and run miscibility tests. However, public data on EOR in the Eagle Ford is “way behind,” he said.

Protege has elected not to experiment with refracturing, but Thalken said he has noticed there are some operators in the Eagle Ford “running unique casing programs” that include “an initial completion in a larger casing string than what we would normally run.” The rumor, he said, is those firms are planning for a future recompletion where they can run a smaller casing liner through the lateral, cement it in place, and then refrac the well.