How Oil Innovation Has Benefited Other Industries 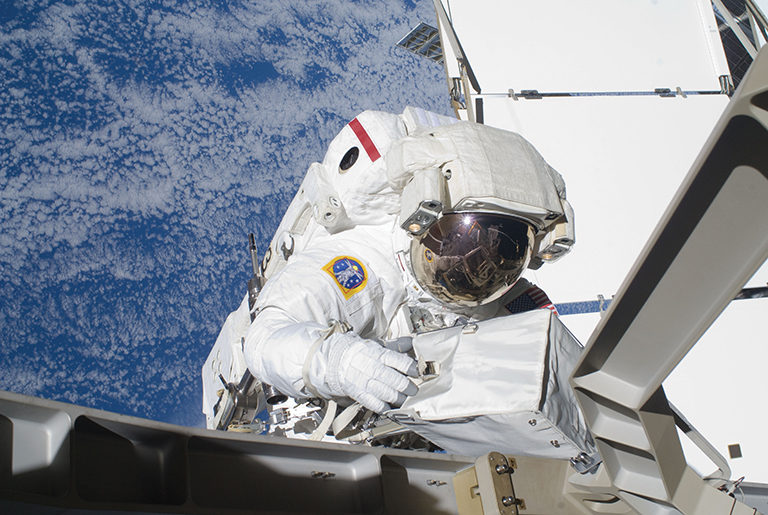 Technology transfer in the oil and gas industry is often viewed as a one-way, inbound street. It comes with a good reason. The industry, from upstream to downstream, has a well-established track record of seeking out and ingesting external innovation. And thanks to the expanding menu of digital technologies available today—advanced computing programs, the internet-of-things, and robotics—this appetite is growing.

One of the most important periods of technology transfer for the oil and gas industry came in the years following World War II. Military technologies without a war to help fight would find new homes within engineering companies tasked with modernizing the upstream sector. Some of the most successful adaptations include shaped charges, offshore structures, and reeled pipelines.

But sometimes a new link is added to this chain of innovation. As the technology that comes into the oil and gas business becomes refined, its potential soon trickles into the periphery of another sector. The other side of this outbound transfer includes native-born technologies that are adapted to the benefit of others. In either case, the most well-trod pathways of this technology transfer lead into the areas of Earth and life sciences, space exploration, and renewable energy where exploration and production innovations are enabling new areas of research and understanding.

Reservoir models are easy to take for granted since they have been a fixture of the modern oil and gas sector for more than a generation. But a government-backed study in Norway aims to see if the technology can be carried over into the medical world to improve how doctors interpret magnetic resonance imaging (MRI), which may save lives.

The idea is based on the similarities between the human brain and oil reservoirs. Because both are dual-porosity media, researchers think the industry’s reservoir models could lead to a breakthrough. The $1.1 million project is being led by The International Research Institute of Stavanger, or IRIS, which has more than 20 years of experience in reservoir modeling. The roots of the collaboration began with Pumps and Pipes, an international group of technologists first launched in Houston to explore synergies between the oil and gas and medical sectors.

Fiber optics have also been around for decades, and are considered to be the backbone of the world’s communications network. The oil and gas industry has used the technology for an extended period as well to monitor the habits of their oil wells, including how their pressure changes.

Quebec-based Opsens is one of the companies that began in this application area but has recently adapted its fiber-optic sensors to be used inside the human body. The medical version of its technology has been approved to take pressure measurements inside arteries that affect heart function. The potentially disruptive procedure it enables allows doctors to quickly assess the severity of blockages and legions to see if they require angioplasty or less invasive therapies.

Cable-free seismometers, or seismic nodes, were first developed to enhance oil and gas exploration efforts, and are now a new tool for seismologists. The wireless capability of the nodes simplifies the logistics (no transport or burying of cables required) of earthquake monitoring and allows large swaths of seismically active areas to be monitored for weeks at a time.

A 2014 seismic study used more than 900 wireless nodes to monitor tremors at one of the most active volcanoes in the US, Washington state’s Mount St. Helens. Researchers said the nodal array improved earthquake detection rates by two orders of magnitude.

Airborne magnetic surveys were invented by the US during World War II for submarine hunting, but their geophysical value would be realized before the war’s end. In 1946, the first oil industry attempt at such a survey was carried out to assess petroleum reserves in northern Alaska.

Oil and gas companies continued to advance the technology as a frontline exploration tool that led to several notable discoveries, including one that has had a major impact on paleontology. In 1978, while working for Mexican state oil company Pemex, an airborne survey conducted offshore Mexico revealed the first evidence of what is now known as the Chicxulub crater. Its 93-mile diameter suggests that the crater was caused by an asteroid or a comet up to 50 miles in diameter itself, large enough to cause the mass extinction of dinosaurs when it hit Earth 65.5 million years ago.

The early work on remotely operated vehicles (ROVs) also came thanks to inventive military minds, but the advent of work-class ROVs is credited to the oil and gas industry. These underwater systems arrived in the 1970s with robotic arms, known as manipulators, and unlike their predecessors, they could be used for more than simply observing the subsea environment. 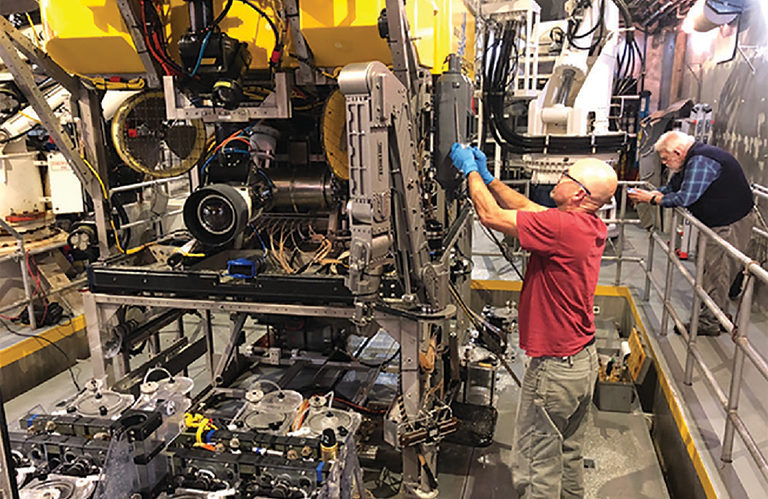 Scientists and researchers quickly saw the potential in work-class ROVs and have used them over the years to search for famous shipwrecks and discover new marine species. The SERPENT project is one of the best examples of this technology transfer. As a collaboration between the oil industry and the oceanographic sector, SERPENT has led to more than 100 deep-sea marine biology studies since 2002, many carried out from active drillships or production facilities.

Before ROVs could be relied upon for subsea work, the oil and gas industry needed humans to take the risk of floating to the bottom to help install or fix subsea systems. One of the pioneers of oilfield diving is Oceaneering International which has been lending its unique expertise to NASA’s manned space program for more than 35 years.

The collaboration started as way for NASA to borrow learnings from pressurized diving suits to create its spacesuits for the shuttle program. One key contribution from Oceaneering is a leak detection system for the suits. The company continues to provide operational and maintenance services to NASA at its Neutral Buoyancy Laboratory in Houston where astronauts train for extravehicular activities. The facility is a cornerstone of all modern US space missions involving space walks, including the assembly of the International Space Station.

Going a little farther out, about 34 million miles, is another good example of how oil and gas technology is enabling the space program. In 2013, the Mars rover Curiosity used its small percussion drill—an ancient oil and gas technology invented during China’s Han dynasty—to make the Red Planet’s first borehole to a total depth of 2.5 in. The tiny drilling operation led to a big discovery: the geochemical conditions on Mars were once capable of sustaining life.

To learn more, and to know if that life did indeed exist too, NASA will likely need to drill deeper during manned missions. The space agency expects this will also require a more robust drilling system, which has led it to examine how it could adapt, or miniaturize, several commercial oilfield technologies. Of specific interest: pressurized downhole fluid sampling systems, borehole imaging, in-situ fluid analyzers, coiled tubing, and blowout preventers.

One such case involves a geothermal project in Iceland that is tapping into rocks so hot that traditional drill bits melted when first used. In 2017, Baker Hughes helped drill the second well with a newly designed bit and motor that work in temperatures above 570°F—double the rating of most downhole equipment. The third well is planned for this year, and will test a measurement-while-drilling, or MWD, component. If the project is a success, it will produce geothermal wells with 5–10 times the electrical generation output of conventional wells.

Another hot area of interest in the sustainable sector is CO2 capture, the technical expertise of which was born within the oil and gas industry. CO2 capture is mostly used for enhanced oil recovery projects, but that could change as the global society becomes more aggressive on efforts to curb greenhouse gas emissions.

There are big challenges facing those who wish to scale up CO2 capture projects, which means the world will need oil and gas engineers to help develop successful approaches. The good news is that many of the technologies needed for CO2 capture and storage have already been proven out by the industry, from the injection systems to the modeling software.

Oil and gas companies continue to invest in the technology but there is the potential that they will play an even bigger role going forward. The industry’s depleted reservoirs, which helped unleash an age of affordable energy, may serve the world anew by being re-used to hold what experts estimate could be hundreds of billions of tons of CO2.

How Oil Innovation Has Benefited Other Industries