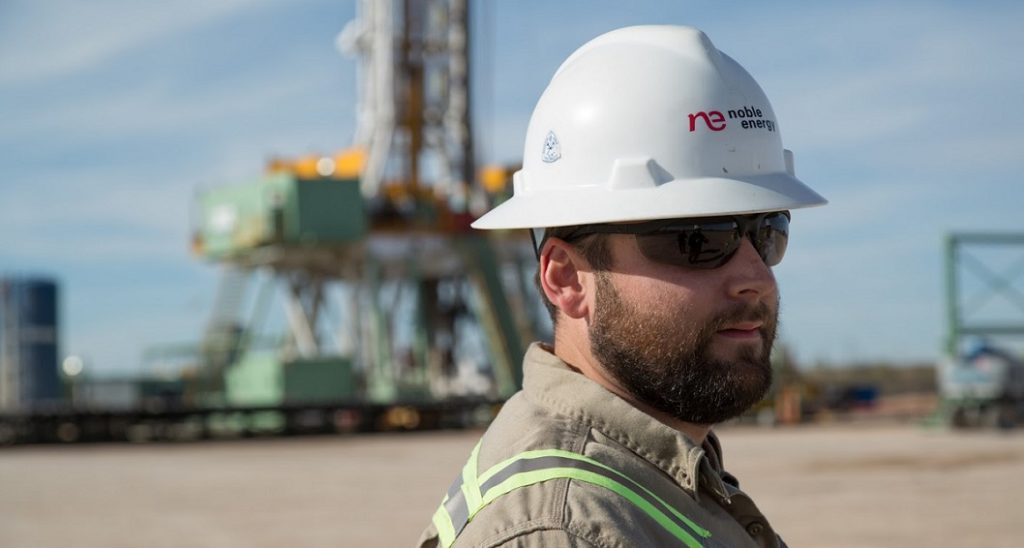 “Row development” is in full swing on Noble Energy’s operated acreage in Colorado’s DJ Basin, and now the company is beginning to apply the approach to its Delaware Basin acreage in West Texas.

The first completed row in Noble’s 75,000-acre Mustang project in the DJ Basin produced 26,000 BOE/D, of which 60% was oil, during fourth quarter 2018, the independent reported in its year-end earnings call. The row consists of 31 wells.

“We expect that momentum to continue into 2019,” said Brent Smolik, Noble president and chief operating officer. Bolstered in part by row development, the firm’s overall DJ oil and gas output increased 10% during the quarter and 15% for the year.

The row development process is a systematic, manufacturing approach to completing a high number of wells over a large, contiguous land position. Wells are completed sequentially down a row, row by row, near existing gathering and processing infrastructure, much of which is owned by the company. Noble believes the massive Mustang area is perfectly suited for the approach because it consists of a “blocky” position in the rural parts of the basin.

The firm shored up its holdings there in late 2018 when it got the green light from the Colorado Oil and Gas Conservation Commission for its Comprehensive Drilling Plan, which involved the approval of more than 400 horizontal drilling permits across the Mustang acreage. This established Noble as the sole operator over some 64,000 acres. Most of the permits are valid for 6 years.

The plan gives Noble control over development pace and mitigates potential impacts from completions by offset operators, the company said.

Row development in the DJ cut the operator’s cycle times by 15% in second-half 2018, the company said. Row 2, where completions are under way, will involve at least 55 wells being completed this year. Noble expects a full-life oil mix in the 40–50% range from its Row 2 wells. “We expect the Mustang wells to generate great returns and high oil per lateral foot relative to the rest of our DJ program,” said Smolik.

In the Delaware Basin, Smolik said the company plans to focus more than 95% of its 2019 Permian program on row development drilling, with a total of 50–55 wells coming on stream with an average lateral length of 8,700 ft. This will be done with an expected four rigs and two completion crews.

“We plan to remain focused on our core Wolfcamp A zones as well as the Third Bone Spring with most of our completions located near our five central gathering facilities,” he said. When it comes to how those row wells will be spaced, David L. Stover, Noble chairman, president, and chief executive officer, said he sees about 6 wells in the upper Wolfcamp A, 6 toward the lower Wolfcamp, and “where applicable,” 3–4 in Bone Spring.

“We’re still early in 2019, but we’ve already seen significant improvement in stages pumped per day and footage drilled per day in this program,” Smolik said. “We also expect better production per well.”

Stover assures that production from those wells is scheduled to ramp up around midyear and in the second half as more Permian takeaway capacity starts up, including the EPIC Crude Oil Pipeline.

Noble expects to produce 262,000–278,000 BOE/D in 2019 from its US onshore assets, which also include lower-level activity in the Eagle Ford Shale of South Texas. Combined output from the DJ and Delaware Basins is expected to increase 15–20% for the year.