Engineering Miracles: A Short Distance Between Creation and Value to Society 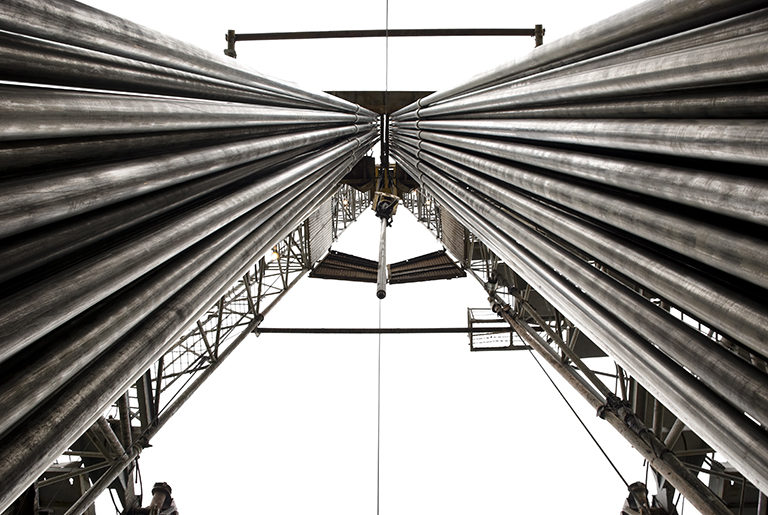 “During the past several decades, consolidation and integration of four major elements of petroleum engineering have occupied the profession. The following lists these elements.

Since that issue a little over a decade ago, petroleum engineering feats have expanded on the past and made towering breakthroughs in resource recovery. Those breakthroughs came about with added emphasis on decision and risk analysis as an essential project element; a step up from what was referred to as a coupling with business. Reviewing our technology history thus requires highlighting the tangible breakthroughs with the necessary intangibles that enabled faster transformations with commercial success (Fig. 1).

Arguably the biggest breakthrough during the past 50 years was Mitchell Energy’s approach to making shale production viable. Well stimulation began in the mid-1800s with torpedoes used on Pennsylvania wells. It was the subject of the first JPT technology article published in 1949, “A Hydraulic Process for Increasing the Productivity of Wells,” by J.B. Clark.2 Mitchell’s approach was not so destructive as the torpedo approach and packed more energy per square nanometer to tip the scales of global supply sourcing. By leveraging the refinement of existing technologies, such as slickwater fracturing adopted from Union Pacific Resources Group, Mitchell’s engineering ushered in new sources of economic reserves, rebalancing top global supplier positions between North America and the Middle East.

An equal contributor to shale success was horizontal drilling. While slant drilling was derisive in the 1920s, legal and more reliable horizontal drilling evolved with major advancement in the 1970s through the use of mud motors, “bent subs,” whipstocks, and measurement-while-drilling tools. The petroleum engineer’s ability to reduce trips, monitor, and course correct through tight lateral intervals advanced getting wells on production sooner, with lowered risks and better financial results. Direct public benefit from results such as this are exemplified by the number of sovereign wealth funds established using oil and gas proceeds: the Alaska Permanent Fund, Texas Permanent University Fund, and funds in Norway and the Middle East, to name a few.

“Picasso had a saying: ‘good artists copy, great artists steal’ and we have always been shameless about stealing great ideas,”3 Apple founder Steve Jobs once told an interviewer. Over the past 50 years, the oil and gas industry has moved past “it wasn’t invented here.” Our industry’s ability to adopt game-changing ideas—giving due credit, of course—and leverage them into engineered designs has been a great way to quickly tackle oilfield problems, driving more profitable breakthroughs. As important as the technology itself was the enabling process used to shepherd it to commerciality.

Modern decision theory provides structure to mitigate risks. Before, heuristics used in making executive decisions under uncertainty were systematic and predictable in error generation (e.g., over budget, over time). Decision processing gained traction in the 1970s and 1980s and then became de rigueur in the 1990s for evaluating major capital projects under volatile hydrocarbons pricing. In the 2000s, as more strategic complexities weighed in on petroleum engineers, projects with multi-­interactions were being evaluated with game theory principles.

Closely related to the field of decision theory, game theory addresses interactions of agents whose decisions affect each other, whereas decision theory is concerned with choices of individual agents.4 Looking beyond the individual elements, deterministically or stochastically, is firmly established within petroleum engineering projects. Reserves and resources are evaluated more consistently now with systems such as the Petroleum Resource Management System created by SPE and other associations (or similarly updated classification/categorization for reserves and resources), which consider project parameters beyond technical recovery; namely, geological knowledge, project status, and feasibility with markets as well as economic and social sustainability.

Tackling unconventional resources with hydraulic fracturing and horizontal drilling is the greatest petroleum engineering accomplishment of the past half century. The impact on society was challenged—claims of flaming faucet water, increased earthquakes—and taken under study to reveal sources beyond first reactions. What petroleum engineers are realizing is that transparency is appreciated when put into context of its benefit to the public, a gap engineers often overlook when describing technological successes.

Adequately capturing the best and most valued petroleum engineering technologies for society since the late 1960s requires input from those closest to the subject. Having benefited from working alongside great petroleum engineers in operating companies, technology commercialization labs, investment banking, energy management, and academia, the list to draw upon was diverse and strong. Gratefully, the 50 people solicited for comment offered perspectives well worth recalling.

The question I posed was simple, “What can you point to that petroleum engineering was the genesis to make happen that benefited society?” Past and present senior operating executives, National Academy of Engineering member petroleum engineers, former SPE presidents, national oil company executives, oil and gas investors, public policy advisors, oil and gas sovereign wealth managers, academics, and drilling and reservoir young professionals all contributed. Following are a few of the notable achievements cited with some perspective offered.

“I believe what we, as a profession, do not often get recognition for the many industrial (manufacturing and engineering) applications of the processes and technologies that we have developed and the significant benefits they have brought to society. Examples include advances our industry has brought to the medical field, the aeronautical and automotive industries, the agriculture industry, and advances in the world of material science, to name but a few.”—Academia, former SPE president

“While renewable energy sources get a lot of attention when deployed in developing countries, it is natural gas and oil development that enables industrial manufacturing and economic growth in these countries.” —Public policy

“Gas gave us the chance to save our trees from using it as firewood and diverted us from burning dirtier coal.” —Central Asian young professional

“… the North Sea fields, and their impact on Scotland and the UK. Forties was discovered in 1970, and Brent in 1971.” During the first 40 years of operation, the Brent and Forties fields were keystone assets that ushered the UK North Sea industry into global prominence. For Forties alone, Oil and Gas UK cites 330,000 “other” jobs directly sustained by the industry with 207,000 people within the wider supply chain and a further 100,000 jobs supported by the economic activity created by employee spending.—Academia

“(For an NOC) in the exploration phase, petroleum engineering has given the tools to be a knowledgeable counterpart to the IOCs (international oil companies), from assessing the prospective resources so we request a reasonable profit for the state in exchange for the contract and the exploratory work, but also in monitoring the operations: seismic, drilling, logs evaluation, etc.”—National Oil Company

“In a nutshell, the combination of horizontal drilling and multistage hydraulic fracturing in unconventional reservoirs has given mankind a virtually unlimited supply of inexpensive energy for as long as we need to run on fossil fuels. Petroleum engineers made this happen.”—Academia, SPE Director

No doubt petroleum engineers will continue to excel in what they do best: innovations securing fossil fuels for markets. A challenge is how best to show our value to greater society. Easy first steps are breaking down degrees of separation between the value petroleum engineers provide and the greater society. How many degrees, on average? Not as many as the popular 6° that is often quoted. For residents of Michigan, the natural gas that petroleum engineers produce along the US Gulf Coast provides necessary winter heating. Petroleum engineers are likewise involved with characterizing the Michigan reservoirs that yield the best deliverability rates supporting storage reservoir pressure through the injection and production cycles. This is critical for managing Michigan’s peak load needs, and allowed Patti Poppe, the president and CEO of Consumers Energy, the discretionary option of offering free energy to those facing hardship in her state of Michigan this past winter.5

How many degrees of separation? In this case, fewer than three: 1) petroleum engineers produced the gas and 2) saw that it was transported to Michigan, and 3) accepted the gas to Michigan’s 150 BCF working storage reservoirs. And, how much value to society? Life-saving for some Michigan residents. Our challenge is stretching our thinking to see the end-users’ perspective.

Final thoughts circle back to Calhoun, who more than 50 years ago delivered an address challenging engineers to continue to reflect on their value to society as much as creating value with the next technology breakthrough: “Today’s rapidly changing technologically based world can and will grow healthfully only to the degree that we bring a basic understanding of the concepts and causes of change to the public. The engineer has been too quiet on these subjects. He has been reluctant to talk about his own function and his own role in the development of civilization, to identify himself with the total change that is taking place, and to point out the social relationships that are involved and the pitfalls that are inherent. It is my opinion that we need to have a general diffusion to all walks of life of knowledge about engineering, the unifying principles of engineering, and the diversity of systems which the engineer can create and control. This, more than knowledge of science, will produce a public better informed and better able to assimilate these things into the changing social structure that will be necessary to accommodate our technological evolution.”6

Engineering Miracles: A Short Distance Between Creation and Value to Society