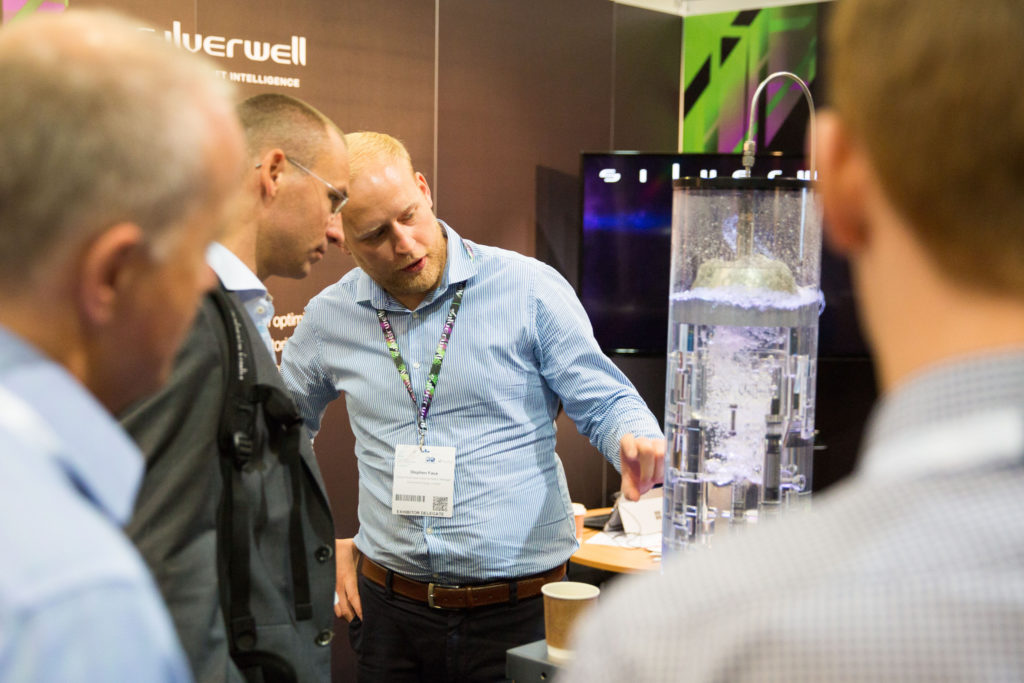 Convincing people to fund a new technology is one thing. Getting them to use it is perhaps the bigger problem to solve for new tech developers. Source: SPE

Proving out and then scaling up a new technology are among the most challenging feats in the oil and gas business—about as dicey as drilling a wildcat well of old. What could make this uphill climb much steeper? Finding that no one wants to even test your innovation.

The scenario is so common to the upstream sector that it has led to the creation of a new kind of venture capital fund based in Houston. Formally launched this year, Eunike Ventures is combining the roles of investor and technology accelerator with a third and unique prong: guaranteed pilot projects. Equinor, Anadarko, and Hess are the first oil companies to underwrite this experiment as corporate sponsors.

“[Startups] can get all the funding they want and still not get any pilots,” explained Amy Henry, adding that, “the issue is making that connection point with the operators.”

As chief executive officer and cofounder of Eunike, Henry sees the problem not just as an impediment to the growth of early-stage innovators but also the industry’s much-discussed quest to modernize itself through the adoption of new technologies.

The industry veteran has touched all the angles of technology uptake during her career, which was punctuated by roles inside Shell’s venture and unconventional units, along with a stint in Malaysia as the chief financial officer of Petronas’ unconventional business.

Upon starting Eunike, she realized that the solution to a more efficient technology evaluation and adoption process was rather simple: “You need to have operators have some skin the game.”

This is different than the current formula that many of the biggest oil and gas producers have subscribed to, which dates back to the late 1990s when many of them formed venture units. The snag these groups have historically dealt with is that their investments in a new technology do not always persuade frontline field managers to share the risk by deploying it, even at a small scale.

If it can be boiled down to one thing, then the bottleneck is really just about budgeting.

“We understood the problem,” said Eunike’s other cofounder and chief operating officer, Thomas Henry, as he reflected on innovation projects he worked on over nearly 3 decades with Shell. “We couldn’t get our own assets to buy into some of the technologies that we developed—nobody was willing to fork up the money for field trials.”

Under this new scheme, the issue is circumvented by funding a startup only after at least one of the operators in the “alliance” commit to a paid pilot. This is the trigger for Eunike to make an investment in the startup.

Amy Henry said this underlines the fiduciary responsibility Eunike has to both the startup and the operators. It also reveals another aspect of the business, which is to help the operators accept the failure of a pilot despite how much they may want it to work out.

“We’re not eliminating, but we are reducing internal bias,” she said. “We’ve all worked in oil and gas companies and had special projects, and it is always hard to say that something is not going well.”

One more key to the plan is that the operators must trade notes on how the pilots went. These programs are notoriously opaque, as most contracts default to nondisclosure agreements that keep startups from sharing detailed results, or even who they did the work for. It is also common for pilots to be successful by some measure without ever moving to the next stage—often this is because technologies compete for the time and financial resources required to deploy them.

In this case, startups can end up with a compelling case study that may never see the light of day, or if it does, it may never be verified by the client.

When the Henrys, who are married, moved from Malaysia back to Houston in 2016, they began working together as business mentors at the recently shuttered Houston Technology Center (HTC), a startup incubator funded by Shell, Chevron, and Microsoft whose remnants were folded into a new venture organization, Houston Exponential.

At HTC, the couple learned how the other half of this pilot problem plays out through the lens of traditional venture capital.

“Originally, we did not want to have to reinvent the model,” said Amy Henry, who eventually did just that after realizing that while the tech scene in Houston has ample opportunities for startups to meet operators at speed-dating forums and networking events, tighter bonds would move the needle faster. “The helicoptering in and out is not going to help these guys,” she said bluntly.

The founders still see value in traditional incubators and accelerators; in fact, participation in these programs is one of the criteria Eunike’s uses to welcome a startup into its portfolio. Their point though is that there is a gap to fill.

Most programs are focused on grooming startups on how to develop business plans, marketing strategies, and financial frameworks. Once all the homework is done, they are usually brought before a group of venture capital professionals for their “graduation.” However, for many, the chance of receiving financing from such a crowd comes down to a single question: Do you have any type of track record, proof of concept work, or field trials?

If the answer is “no,” then the odds of getting funded tend to dwindle quickly. “They were all dressed up with no dance to go to,” said Thomas Henry, highlighting that a startup’s big pitch is often a futile effort without a paying client.  “That’s when we said the key was pilots.”

What The Operators Say

Eunike says it will keep two more spots open for other operators to join the alliance, which the firm sees as the manageable limit considering that each company has different technology agendas. Champions within the current roster of oil and gas producers have echoed each other in press statements about the value they see in the collaborative approach.

“We’re encouraged by what we have seen so far and believe this unique collaboration can help deliver solutions that increase productivity and create superior value for our shareholders.”

“Instead of learning individually, we view the alliance with our peer operators as a way to collectively share knowledge and rapidly innovate. We are excited about the potential this collaboration holds."

“Accelerating this process through the Eunike alliance pilot program will help startups qualify the technology early on while increasing the understanding of the operators. This will enable new high-impact technologies to reach the market quickly."

Stuck in the Middle

Like most accelerators and venture firms, Eunike is looking for startups that offer a scalable solution that can bring value to a group of operators with diverse needs.

The first company to fit the bill was Houston-based Nesh, the developer of a chat bot technology that is designed to answer the kind of questions that reservoir engineers and business analysts spend their days hunting answers for manually.

A service like that of Nesh is a good example of how a collaborative pilot process can add some speed to the typically slow process of technology evaluation. One piece of the programming might be attractive to an operator for its ability to sit over a custom database and function as a search engine, while for another, the workflow enhancing features might be the primary draw.

“If you take a look at the entire value that they can provide, it would take almost a year plus to deliver it,” said Thomas Henry, who explained this is why slicing up the software’s different utilities and testing them concurrently is critical. Producing a transparent report of these tests then gives operators a more holistic view of the technology’s potential, maybe helping them see something they initially missed.

William Fraizer is the vice president of technology development for Eunike and also comes with an extended resume in the industry that includes 25 years working to develop and deploy new technologies for Chevron. Fraizer’s job is to make sure the innovations Eunike spends time evaluating fit into the technology agendas of its operator client base. “We’re helping make sure that [the startup] understands the sensitivities of the operator, and at the same time, we’re working with the startup to make sure it is successful,” he said.

Part of what he called a “pilot on paper approach” involves establishing a clear road map for how the pilot will be run, and what the definitions of success will be. Shepherding both parties through the motions is intended to reduce the overall risk of the pilot heading sideways due to miscommunication or misaligned priorities.

Overseeing all of these field trials is Jeff Tomlinson. He is Eunike’s vice president of technology deployment who brings another 25 years of experience to the company through his past work with ExxonMobil, BHP, and Murphy Oil. Inside these companies he saw firsthand the conflicts that can arise from those responsible for maintaining cash flow and the technology teams whose purpose is to experiment.

This is most often manifested when the installation of a new device draws the ire of field superintendents who worry about how a new technology will impact their profit and loss statement. Fraizer has seen the issue more than once and explained that pilot projects tend to introduce new moving parts that can complicate even simple things.

If there is a problem with a new device in the field, he said it is not always clear who to call or what to do—a situation that is frequently resolved by simply removing the emerging innovation from the equation.

“It’s a source of aggravation, potentially it’s a source of distraction, and maybe it even reduces production for the quarter and that individual is taking heat from their upper management about that,” said Fraizer. “With us being in the mix, we can help avoid those problems.”