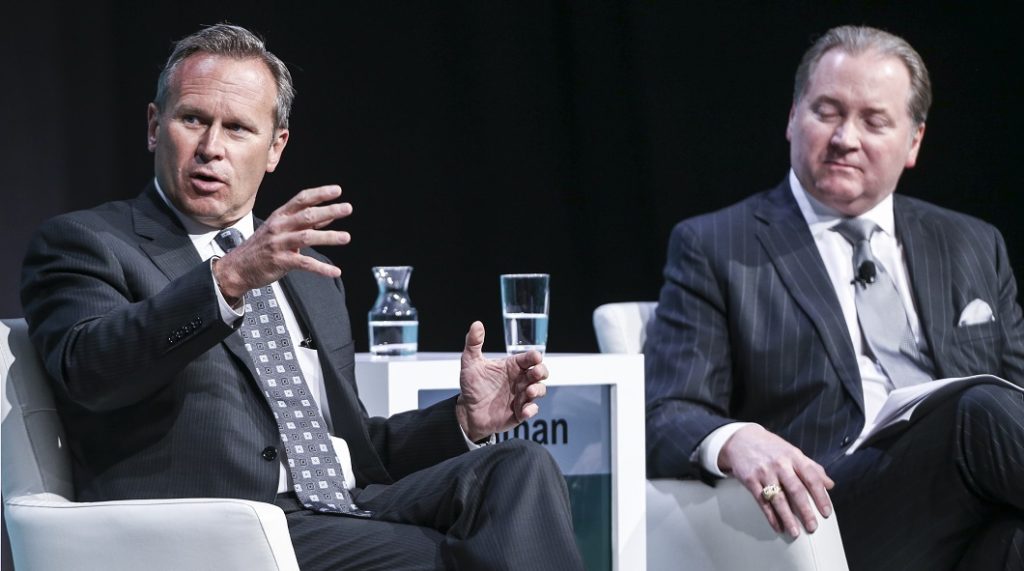 Much has been made recently about the disparities in production between parent and child wells in US shale basins. The increased attention on the issue is part of broader concern among investors about the ability of operators to maintain high levels of output over the next few years.

However, Doug Suttles, Encana president and chief executive officer, assures that shale executives are acutely aware of the parent-child challenge. His company has been "very public about this for 5 years now,” he said before an audience largely consisting of the investor community at CERAWeek by IHS Markit this week in Houston. He ultimately doesn’t think it’s “a big threat” to the shale sector.

Encana’s approach to dealing with interwell communication, called “cube development,” is now used across multiple basins, with the operator’s first cube well on its Oklahoma STACK acreage slated to be spudded in the second quarter.

The approach involves developing dozens of wells at a time with multiple rigs and frac spreads on a single pad. It entails viewing the subsurface from a 3D perspective because parent-child relationships are both lateral and vertical, Suttles explained in a recent investor call.

Similar development strategies have been deployed by fellow operators such as Occidental Petroleum and QEP Resources, particularly in the Permian Basin of West Texas and southeastern New Mexico, where acreage has become more crowded and decline rates have become steeper. Encana has 118,000 net acres in the basin.

When questioned about high shale decline rates, Suttles remarked that declines are “incredibly predictable,” and for the bigger operators, “it’s not that hard to manage.” Encana expects to produce up to 600,000 BOE/D this year, “and every bit of it comes out of a horizontal wellbore,” he said.

But some companies are handling these challenges better than others, he noted, and Encana can learn a lot from nearby operators such as Marathon Oil. “One of the things we're real big on is data trades because we get a level of data that's not public,” he said. Most mature companies “have been working on [the parent-child issue] for a while, and we trade information with a number of those companies.”

Encana and Marathon benefit from having large contiguous acreage positions that allow for big development projects, experimentation, and capital efficiency. “Certainly I think having scale in a basin is very important,” said Lee Tillman, Marathon Oil president and chief executive officer, during the shale-focused panel discussion of executives.

Above the ground, scale gives operators the ability to more effectively work with their suppliers and midstream providers. “They know you're going to be around to pay your bills in the future. I think that's important. It gives you the ability to negotiate,” Tillman said.

At the same time, having a multi-basin strategy is also necessary “because, at the end of the day, if you're going to generate free cash flow, you have to have some assets that are actually in that more mature phase that can drive cash flow,” he said.

Tillman named the Eagle Ford and Bakken shales, respectively in South Texas and North Dakota, as Marathon’s most capital efficient positions. “I would compare the returns in the Eagle Ford to anything,” he said, given its $4-5 million/well completion costs, oiliness, and Louisiana light sweet pricing. “There's really nothing today on a zone-by-zone basis that can touch the Eagle Ford.”

Those basins allow the operator to delineate and test concepts in its less mature areas in the Oklahoma SCOOP and STACK plays and the Permian’s northern Delaware Basin, “while still meeting that mandate from our investors” to return them cash, he said.

That stability is critical because, Tillman said, “The worst thing you can do for capital efficiency is to cycle activity up and down, and I think as an industry that’s where we’ve been.” For example, capital budgets increased last year as crude prices remained high and then decreased this year after last fall’s price drop off. “That's why we have an execution-level plan at a minimum across a full 2 years—our budget year and 1 more year."

Marathon has planned for $50/bbl oil over the next couple of years and says its breakevens are well below that level. “The lowest-cost, highest-margin producer wins at any commodity price environment,” he said.

Shale’s “only real limiter for the foreseeable future,” Suttles said, will be capital. Last year’s rise in spending “pushed investors away from the sector for a while because they were concerned about discipline.” A lack of discipline means a lack of longer-term investment.

Another benefit of Marathon’s multi-basin strategy is the wide-ranging development experience and perspective gained by its engineers and geoscientists who work across the different positions.

While “the rock” and technology are key drivers for operator success, people remain the most critical factor, he said. Suttles agreed, noting that good organizational culture is needed to continually innovate and extract value from shale. He pointed out that Encana’s cube approach is a result of a culture of collaboration within his company.

“The first time we ever did multiple drilling rigs on a single pad followed by multiple frac spreads on a single pad was in the Duvernay [Shale] in Canada—the first time it had ever been done in the world.” Deployment of the cube wouldn’t have evolved to where it is now without Encana’s Eagle Ford team mastering high-intensity completions and its Permian team pioneering 3D development.

Every cube is required to have a cycle time of 90 days or fewer, which is financially efficient but also accelerates learnings in the development concept. “We get data back every 90 days so the next cube learns from the last one” and is better than the last one, he said.

Mark Gunnin, president of Hunt Oil, added that successful shale operators cultivate “a culture of risk-taking innovation” and personnel are empowered to maintain that culture. Suttles said the unique thing about shale development is that “you can constantly experiment. You get results back very quickly. The experiments are cheap, and if they work, you can replicate them thousands of times.”