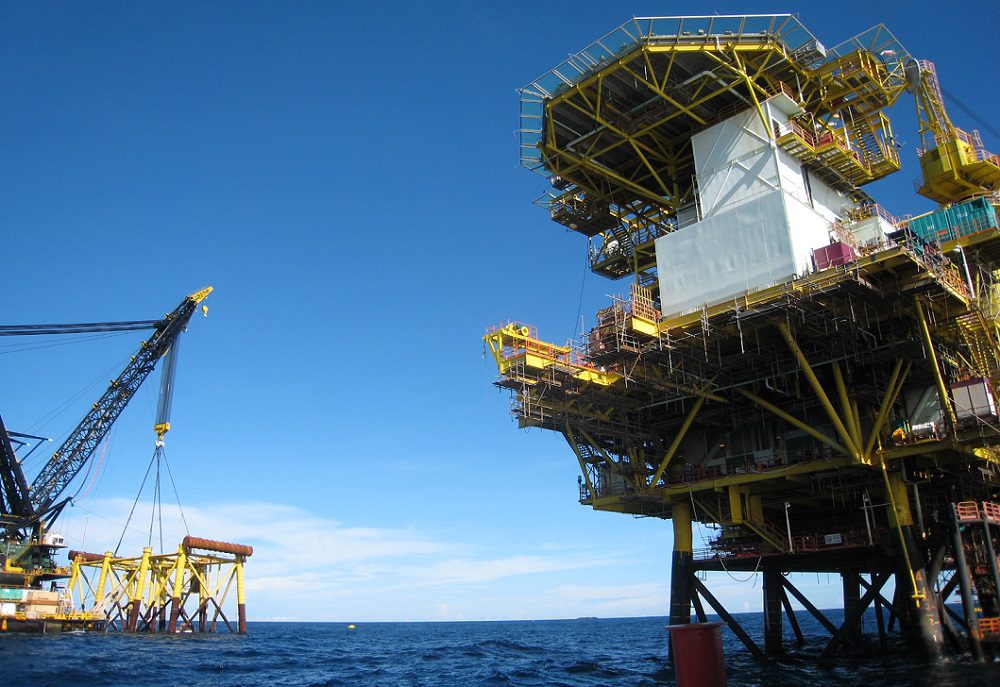 A view of a topside and jacket installation offshore Malaysia. Source: Getty Images.

Thailand’s PTT Exploration and Production (PTTEP) is doubling down on Malaysian oil and gas in an effort to broaden its reach in its native Southeast Asia.

PTTEP has agreed to acquire Murphy Oil’s Malaysian business for $2.1 billion in an all-cash deal. PTTEP also announced that it was awarded two Malaysian exploration blocks in the Malaysia 2018 bid round.

The assets to be purchased produced 48,000 BOE/D net to Murphy last year, of which 62% were liquids, and consisted of proved reserves of 468 Bcf of natural gas and 51 million bbl of liquids. The deal includes five petroleum exploration and production projects—Sabah K, SK309 and SK311, Sabah H, SK314A, and SK405B—in the shallow and deep waters off the Malaysian states of Sarawak and Sabah.

PTTEP will serve as operator of the Sabah K and SK309 and SK311 projects, whose gross production is 100,000 BOE/D. Sabah H is under development and expected to start gas production in second-half 2020, supplying 270 MMscf/D to Petronas’ Floating LNG 2 project (PFLNG-2) off Sabah. PFLNG-2 was approved in February 2014 but was delayed as the Malaysian state-owned firm cut its budget amid the commodity price downturn.

Those three projects will bring gross production under PTTEP’s Malaysian business to 140,000 BOE/D in the next 4 years, the company said. The SK314A and SK405B projects, meanwhile, are in the exploration phase.

PTTEP, signing production-sharing contracts with Petronas, is also adding the PM407 and PM415 exploration blocks in the shallow waters off Peninsular Malaysia as part of the country’s bid round last year.

The Thai company will serve as operator of the two blocks with 55% interest in Block PM407 and 70% in Block PM415, while Petronas will hold the remaining interest in both. The partners are committed to 3D seismic surveys and exploration drilling of two wells on each block, PTTEP said.

“The recent investments further strengthen our portfolio in high petroleum potential areas of Malaysia as we move ahead with our ‘Coming Home’ strategy in expanding investment in Southeast Asia,” said Phongsthorn Thavisin, PTTEP president and chief executive officer, in a news release.

The Thai firm also has producing assets via Blocks B-17 and B-17-01 in the Malaysia-Thailand Joint Development Area and invests in the MLNG Train 9 project, an LNG liquefaction plant.

The deal, expected to close by the end of the second quarter, involves the companies' subsidiaries PTTEP HK Offshore buying Murphy Sarawak Oil and Murphy Sabah Oil. In addition to the purchase price, PTTEP will pay up to $100 million contingent on certain exploratory drilling results before October 2020, Murphy said.

Murphy Focused on US Oil

The sale by El Dorado, Arkansas-based Murphy is part of its “tactical repositioning” to simplify its business and focus on its core operations in the Western Hemisphere, namely its oil-weighted assets in the Gulf of Mexico and Eagle Ford Shale of south Texas, explained Roger W. Jenkins, Murphy president and chief executive officer, in a separate release. The sale represents 16% of Murphy’s companywide yearend 2018 proved reserves.

Some $750 million of the deal proceeds will be earmarked for potential oil-weighted acquisitions or funding of both deepwater projects and US onshore assets, the company said. The operator last year teamed with Brazil’s state-owned Petrobras to combine most of their US gulf assets into a 75,000-BOE/D joint venture. Murphy this week was awarded five blocks in US gulf Lease Sale 252.

Coming into 2019—and before the deal—the company planned to allocate 43% of its spending to US onshore, an increase of 10% from a year earlier. The firm entered this year with four rigs working and two frac spreads in the Eagle Ford and planned to increase its number of operated wells brought online there by 80% from 2018.

Murphy also plans to use the proceeds to reduce debt and return cash to shareholders through share repurchases. It expects to record a book gain on the sale of $900 million to $1 billion and plans to reallocate virtually all of the cash in the US.

Following the deal, the company believes it can generate $1.2 billion of free cash flow before dividend payments between 2019 and 2023 at a flat West Texas Intermediate crude oil price of $55/bbl. Over the same period, it plans to generate an 8% compound annual growth rate from its US onshore, Canadian onshore, and North American offshore businesses.