What Does the New Silk Road Mean For Oil and Gas? 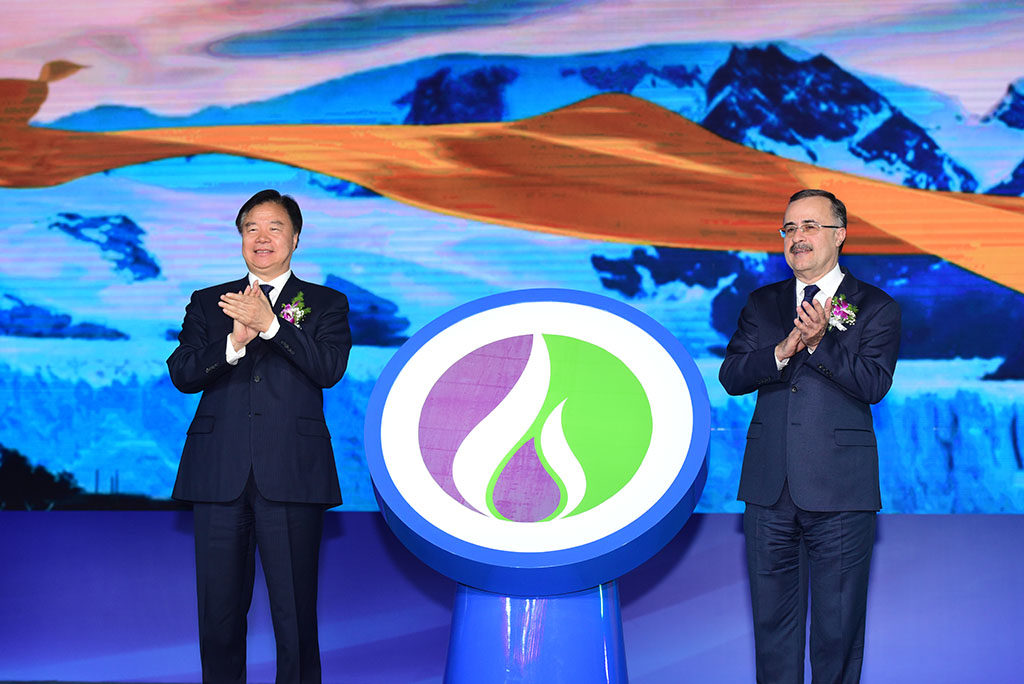 China is in the midst of an historic push to tie together at least 65 countries on three continents through new trade and infrastructure projects. Known as the Belt and Road Initiative, the plan encompasses more than 60% of the world’s population and nearly three quarters of its energy reserves.

The scope of this ambitious effort, a 21st century version of the famous 7th century silk road that connected China to Europe, was chosen as the overarching theme of the 2019 International Petroleum, Technology Conference (IPTC) being hosted in Beijing this week. The gathering has attracted more than 2,400 professionals from 50 upstream companies to share new technical discoveries and address some of the industry’s most pressing issues.

Exactly what the Belt and Road Initiative means for the future of energy supply remains somewhat undefined, but executives from China National Petroleum Corporation (CNPC) and Saudi Aramco—the conference’s two major sponsors and hosts—shed light on how they expect the arrangement to unfold in the years to come during IPTC's opening sesssion.

Amid the backdrop of the initiative, Wang Yilin, the chairman of CNPC and IPTC's honory chairman, said the next decade will prove to be “a very critical period for the energy transformation in China.”

There are two sides to the coming change as he sees it. The first is a call for hydrocarbon producers to take part in the development of low-carbon alternatives to oil and gas, while the other will demand that these producers continue to increase supplies of fossil fuels to meet the world’s rising demand. Managing this balance will steer the future of CNPC.

Highlighting some key numbers, Wang noted that coal consumption accounts for 60% of his country’s energy needs today and that the goal is to reduce this share of the pie chart to below 45% over the next decade.

Curbing the country’s dependency on coal-burning power plants is already under way, and has had one notable result for conference delegates. “We can see blue sky, white clouds, and breathe clean air,” remarked Wang, drawing a contrast between Beijing’s infamous smog problem. He added that his company is proud to proclaim it has “made an enormous contribution” to this welcome development by producing more than 4 billion cubic meters of gas on an annual basis, roughly 40% of the domestic supply, which is increasingly being used to fuel the country’s power stations.

Intense efforts have been launched to ramp up this production in recent years. While cleaner-burning natural gas currently represents only 7% of the energy share in China, the figure is on track to double within a decade thanks to liquefied natural gas (LNG) imports and China’s budding shale gas program.

Meanwhile, renewable energy is pegged to rise from 14% today to about 20% in 2030. Oil production currently accounts for about 19% and may hold there until demand peaks that same decade. Natural gas usage, which is now ready for “prime time” according to Wang, will not lose its demand momentum until 2050.

Wang made it clear that China’s great energy shift will not be possible on its own, especially in light of the challenges that come with exploiting new resources in the deepwater and complex shale reservoirs.

“The world’s petroleum industry is now at a crossroad of transformation and we are in desperate need of stronger communication, and a deeper collaboration to face the common challenges,” said Wang, who also alluded several times during his remarks for the need for greater technology transfer. “Let’s work together and join hands with each other.”

Dozens of countries have lined up to answer this plea through the Belt and Road Initiative, but few are poised to play as significant a role as Saudi Arabia and its national oil company. Joining Wang on stage during the opening remarks was Amin Nasser, the chief executive officer of Saudi Aramco, who described the initiative as “one of the most important pillars of our industry’s relationship with China.”

He continued: “Saudi Arabia has long seen this as a win-win, given our strategic location linking east with west, because infrastructure development and connectivity are at its heart, and because collaboration and integration are essential ingredients of success—just as they are with our own Vision 2030,” referencing Saudi’s own modernization program.

Nasser noted that as time marches on, more of the world’s crude supplies will be redirected from wealthy industrialized nations—whose demand is showing signs of peaking—to the emerging nations included within the initiative. “That is why we are building an energy bridge between Saudi Arabia and China that not only meets China’s growing needs for oil and gas but also chemicals, LNG, and lubes, and across the entire value chain,” he said.

As an example of what to expect more of, Nasser highlighted the recent creation of a $10-billion-dollar joint venture with Chinese refiners which he said represents China’s largest joint venture with a foreign investor. Aramco also has a stake in another Chinese refinery with partners Sinopec and ExxonMobil. “And as another sign of our deep and long-term commitment to China, our state-of-the-art research center here in Beijing is helping us to accelerate upstream, downstream, and climate-management technologies,” said Nasser.

To convince people, especially those belonging to the millennial generation, that large oil and gas companies can be part of the climate solution, significant investment will be required, asserted Nasser. Without such action, the energy industry’s ability to rectify what he called a “crisis of perception” will be in peril. Nasser listed several ways that Aramco is taking on this challenge:

What Does the New Silk Road Mean For Oil and Gas?