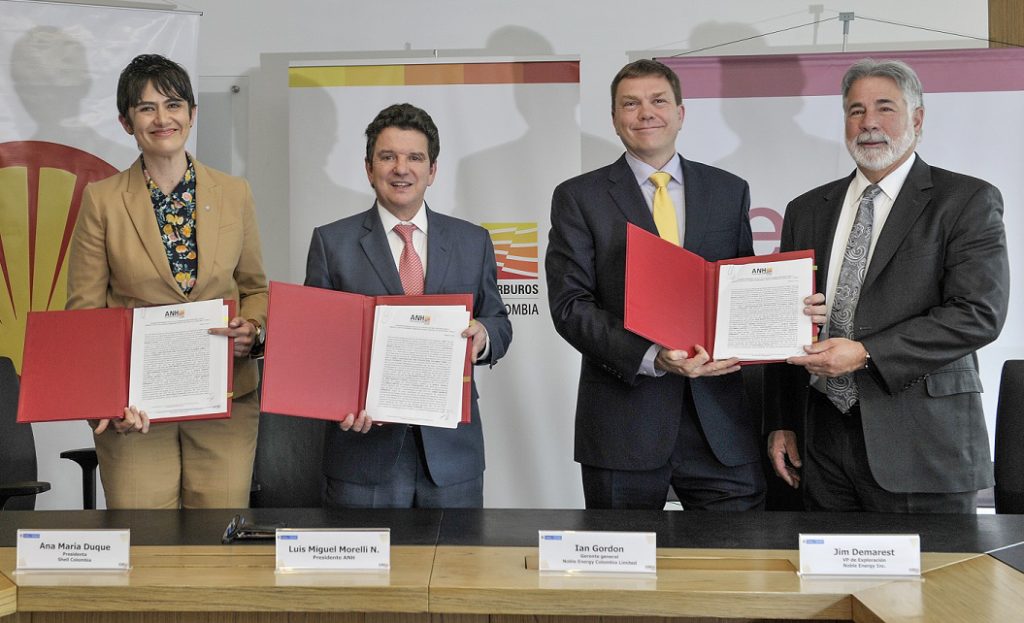 Noble Energy is entering Colombia in partnership with Shell on two offshore blocks.

The Houston-based independent has acquired from Shell a 40% stake in the 8,800-sq-km Blocks COL-3 and GUA OFF-3 in the Caribbean Sea, with Noble becoming operator of both. Colombia’s National Hydrocarbons Agency (ANH), which awarded the blocks to Shell earlier in March, has approved the deal. Financial terms were not disclosed.

The companies are expected to spend more than $100 million in the first exploration phase, the agency said, as the contracts are contingent on development of minimum exploratory programs. In a press statement announcing the Shell contracts, ANH said investment commitments could exceed $650 million if the programs are fully developed.

“We hope to drill our first well after carefully analyzing the prospects and obtaining the corresponding approvals by the government,” said Ian Gordon, general manager of Noble Energy Colombia, in an ANH release announcing the Noble-Shell deal.

“It is a serious bet of two large companies on the Colombian offshore potential, which will surely bring progress and wellbeing for the Caribbean region as a whole,” said Luis Miguel Morelli, ANH president.