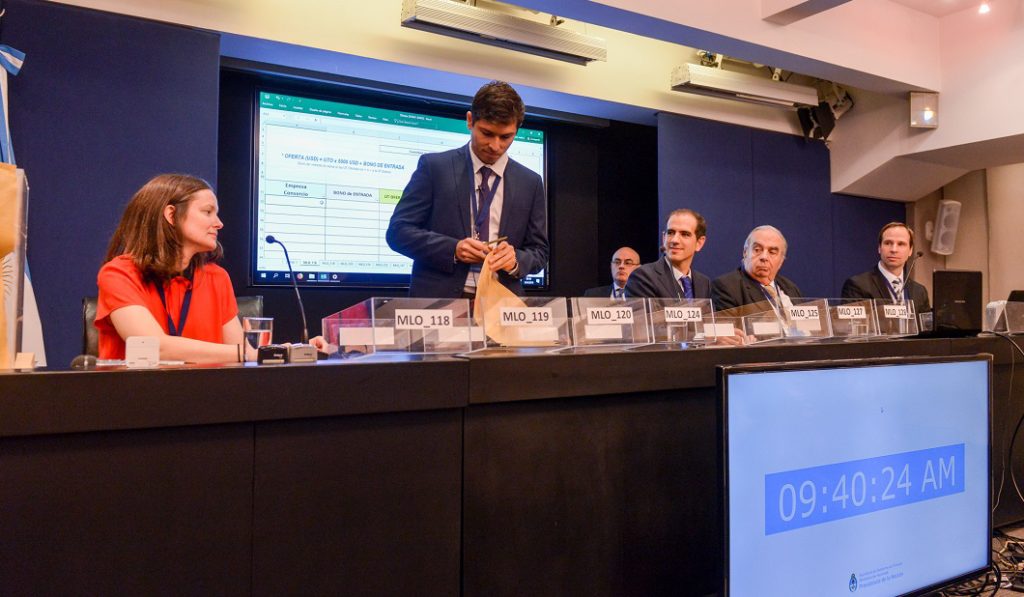 Much of the interest from companies participating in the bid round was for blocks in the Malvinas West basin. Source: Argentina’s energy ministry.

Thirteen companies placed bids on 18 blocks in the Austral, North Argentina, and Malvinas West basins as part of Argentina’s first open bid round for offshore acreage in more than 20 years.

"The Argentinian government designed very competitive terms for this round, acknowledging the frontier nature of the acreage, and demonstrated its focused intent on attracting explorers that will carry out the initial de-risking rather than generating revenue," said Horacio Cuenca, research director at consultancy Wood Mackenzie, in comments following the round.

"Low upfront payments were required, and bidding was done on work commitments," he said. "In addition, the blocks are large, which allows companies to maximize exposure to potential finds. The exploration periods are also long—a company can keep the whole block for 8 years before it has to relinquish half of it. There are no drilling commitments for the first 4 years."

Equinor’s award includes three blocks in the North Argentina basin and two in each of the Austral and Malvinas West basins. The company is operator of five blocks, partnering with YPF alone on two blocks and YPF and Total on another. The Norwegian firm entered Argentina in 2017 and is a partner in the Bajo del Toro license and operator of the Bajo del Toro Este license, both of the Vaca Muerta Shale in the Neuquén basin.

QP and ExxonMobil are already partners in the Vaca Muerta Shale. QP last year bought a 30% stake in two ExxonMobil local affiliates that hold rights for seven blocks there under unconventional exploration licenses as well as exploitation licenses with pilot drilling and production. In total, ExxonMobil has interest in 315,000 net acres in the Neuquén basin.

Exploration and production offshore Argentina dates back to the 1970s. In 2017, 18% of the country’s gas production came from its offshore areas.

Majors and IOCs have sought to expand exploration and production in Latin America's highly prospective offshore regions amid a recent wave of auctions. ExxonMobil and Shell over the past few weeks were awarded blocks offshore Colombia in the Caribbean Sea. Both firms, along with Equinor, QP, BP, and Wintershall, have been active in Brazilian offshore bid rounds during the past couple of years. Notably, ExxonMobil’s increasing emphasis on South American exploration has included 12 oil and gas discoveries off Guyana.