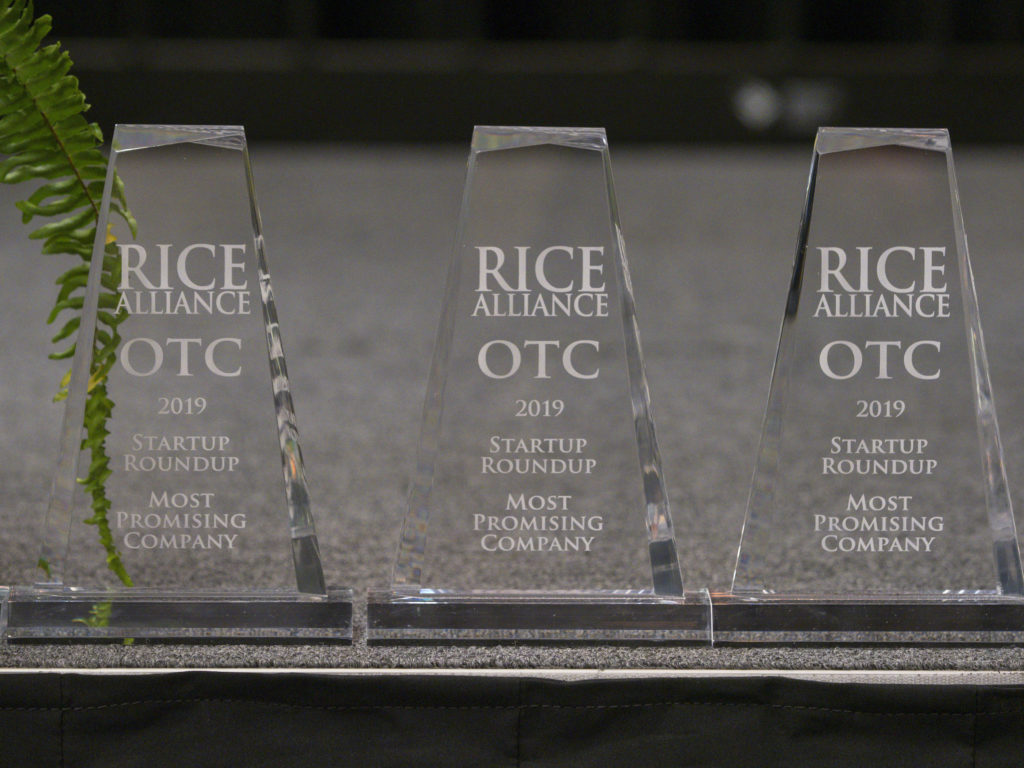 This year's event welcomed 60 startups with more than a quarter of a billion dollars in venture funding. Source: OTC

After hitting a number of new milestones, the fifth edition of the Rice Alliance Startup Roundup at the Offshore Technology Conference (OTC) proved that the upstream industry’s interest in young technology developers is far from waning.

Almost half of the startups this year are headquartered outside of the US, encompassing 10 different countries, both of which are also new highs that reflect the international draw of both OTC and the startup roundup. An estimated 300 people took part in the event, which ended up drawing so much interest that overflow tables for face-to-face meetings were set up in the meeting room's hallway—yet another first.

“It was the toughest competition we’ve had in order to get here to present,” said Brad Burke, the managing director of the Rice Alliance, the Rice University group that organizes the roundup. The event leans on the “speed-dating” model to give investors a quick taste of what the eager new firms are up to.

One thing that has not changed compared with recent years is the interest in technologies that can gather data, or crunch it. “The energy companies and the venture groups tell me that they are looking more and more for digital technologies and those often cross many different industries,” he said, noting that this year also saw an uptick in developers not born from the upstream sector.

Startups in the room came to OTC having raised a collective $260 million in venture funding, the highest dollar figure in the event’s short history.

The climax though came as investors and operator innovation teams voted on the 10 “most promising” startups. While it is nothing more than an honorary distinction, several of last year’s top-ranked firms went on to secure significant work and further funding from industry players.

For instance, Belmont Technology received $5 million in funding from BP in January to further the development of its smart-assistant software. More recently, predictive analytics firm Senslytics was selected by Shell in March for new funding and to take part in its Gam3Changer technology acceleration program.

A quick scan of this year’s favorites shows that the operators, service companies, and venture groups in the room were keyed in on new technologies centering around sensors, chemical manufacturing, and the wellbore.

Using technology developed at Rice University, the firm is attempting to develop a “next generation” chemical reactor that can produce commodity chemicals using light instead of heat from burning fuel. This reduces the temperature of the reactor, which is aimed at cutting costs and carbon emissions by 50%.

The firm has developed a plug-and-play pressure gauge that can be used for leak detection. The high-resolution data streams from the sensor package can also be used to monitor tank levels, water injections, and artificial lift unit performance.

Using laser technology, the firm is working with oil and gas companies to scan tubular equipment internally. The process helps identify erosion and corrosion for components used in drilling, hydraulic fracturing, and refining.

The company has created a process it calls “liquid assisted gas lift” to reduce compression costs and emissions in gas-lift wells. The module-based technology eliminates the need for unloading valves and can control downhole slugging events.

The company has developed a sensor package that can be sent into oil pipelines for asset monitoring. The inline sensors can detect leaks, defects, and deposits that threaten pipeline performance.

The firm is using a high-resolution acoustic imaging technology that can deliver oil and gas operators detailed images of their wellbores while flowing with opaque fluids. Companies are using the technology to learn more about the dynamics inside their wells, such as the erosion of perforation holes.

The chief product is a well planning software for drilling engineers that covers calculations for trajectory, casing, tubing, blowout simulation, and conductor analysis. The software can ingest input data from API-based software and outputs can be shared with these existing applications as well.

The firm is developing a “CO2 utilization platform” that could convert the captured greenhouse gas into a variety of potential feedstock for agriculture, pharmaceutical, and chemical companies. The process involves electrochemical engineering and synthetic biology techniques that mimic photosynthesis.