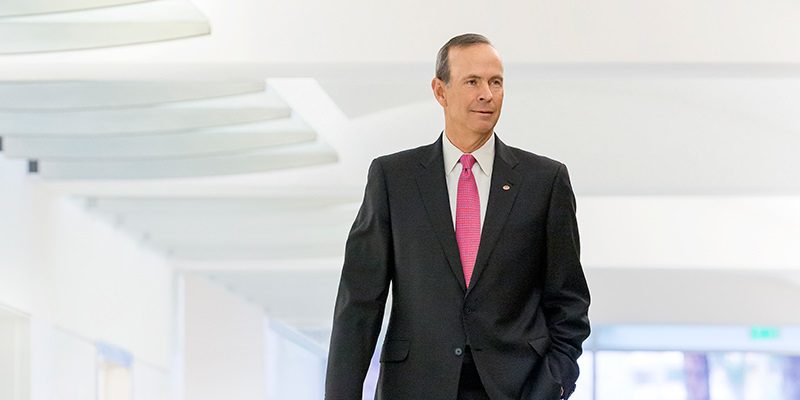 Chevron will not make a counter offer to acquire The Woodlands, Texas-based Anadarko Petroleum following Occidental Petroleum’s revised bid for the independent.

The major said it expects Anadarko to terminate its merger agreement. As a result, Anadarko will be required to pay a fee of $1 billion to Chevron. Oxy is expected to fund the termination fee.

Chevron struck a deal to buy Anadarko on 12 April. Oxy, which had been negotiating its own potential merger deal before Chevron and Anadarko announced their agreement, made a $38-billion offer on 24 April—$5 billion higher than Chevron’s bid.

Oxy returned to the table 5 May with a larger cash portion of its offer following a $10-billion investment from US businessman Warren Buffett’s Berkshire Hathaway conglomerate and an agreed upon $8.8-billion sale of Anadarko’s Africa assets to Total.

“Winning in any environment doesn’t mean winning at any cost,” said Michael Wirth, Chevron chairman and chief executive officer, in a news release. “Cost and capital discipline always matter, and we will not dilute our returns or erode value for our shareholders for the sake of doing a deal.”

Both Chevron and Occidental have coveted Anadarko’s assets in the Permian Basin of West Texas and southeastern New Mexico. Anadarko has 600,000 gross acres in the Delaware Basin, with estimated recoverable resources of more than 3 billion BOE in the Wolfcamp Shale alone, according to the company’s website.

“While it has the financial capacity to match Occidental Petroleum’s offer, had it raised the cash portion of the consideration to compete with Oxy, it would have materially increased its financial leverage and weakened its credit profile,” said Pete Speer, Moody’s senior vice president, in a note.

"We look forward to signing a merger agreement with Anadarko and realizing value for our shareholders as soon as possible," Oxy said in a statement following Chevron’s announcement that it would walk away.