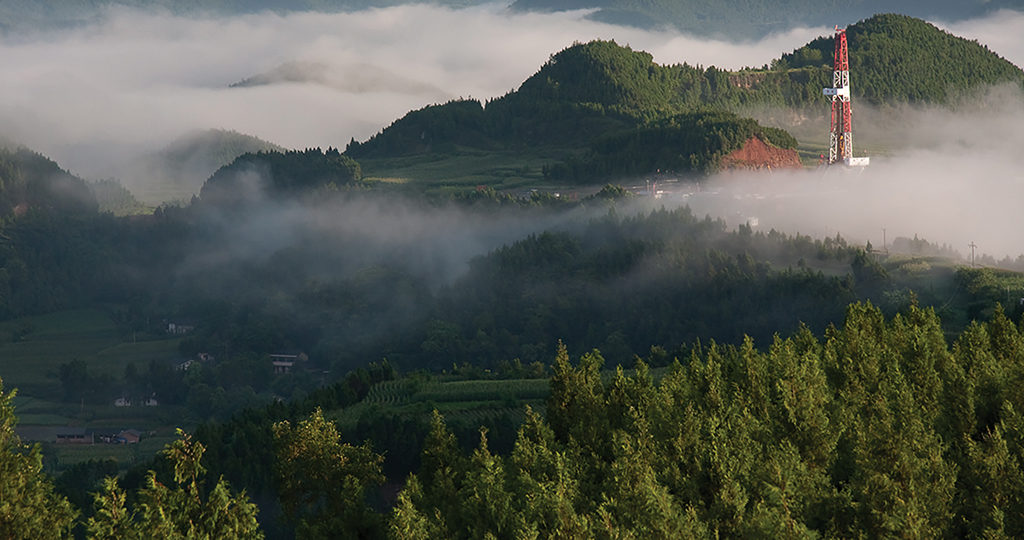 Source: Schlumberger.
Drilling on mountainsides is one of China’s big cost drivers for unconventional gas, but what is found below them is the bigger challenge to overcome as the country tries to fine tune its shale gas development strategies.

At a major industry conference in March in Beijing, Wang Yilin, the chairman of  China National Petroleum Corporation (CNPC), took a moment to highlight that just outside the doors to the building were blue skies—a result, he said, of the country’s move to displace coal-fired power generation with cleaner-burning natural gas.

Wang praised his company’s “enormous contribution” to the pleasant conditions by emphasizing CNPC’s role as China’s largest producer of natural gas. In doing so, he underlined how the company, the fourth largest in the world, is being reshaped by China’s multifaceted energy transformation.

The country depends on coal for more than half of its energy needs, while natural gas represents only 7% of the mix, an increasing amount of which is imported as liquefied natural gas (LNG).

Driven by air quality concerns, the country is looking to double that gas figure by 2035. But its national energy security agenda includes reducing dependence on foreign LNG by relying on national oil companies to increase domestic supplies through the commercialization of unconventional resources.

But what is less clear than the skies above the conference is how China’s oil and gas industry will realize this ambition. So far, the unconventional programs have struggled to mature as rapidly as the state had hoped.