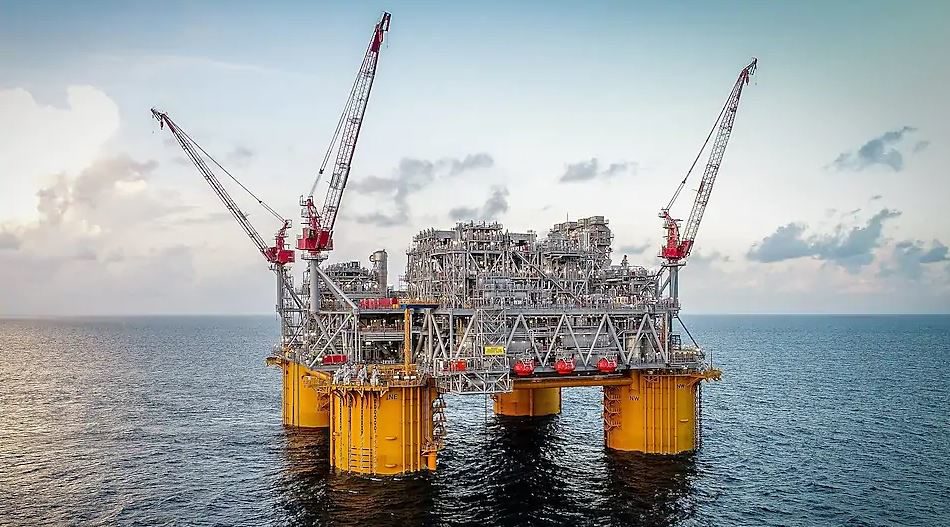 The massive Appomattox platform is located 80 miles southeast of Louisiana in 7,400 ft of water.

Shell has begun oil and gas production from its Appomattox deepwater platform in the US Gulf of Mexico, one of the largest projects in the basin in recent years. The floating production system will produce approximately 175,000 BOE/D.

The startup is another optimistic sign for the offshore sector, which has been slow to recover from the drastic oil price downturn that began in 2014.

Appomattox was completed ahead of schedule, Shell said, with the original startup date not until the third quarter of this year, and came in 40% below its original projected cost in 2015. Shell is the operator holding 79% of the project while China state firm CNOOC has the other 21%.

The field is the first commercial discovery brought into production in the deepwater Gulf of Mexico Norphlet formation. The field is “just the beginning” of E&P activity in that area, Shell said in a news release. “Appomattox creates a core long-term hub for Shell in the Norphlet through which we can tie back several already discovered fields as well as future discoveries,” said Andy Brown, Shell’s upstream director.

The Appomattox floating production system, Shell’s largest in the Gulf, is located 80 miles southeast of Louisiana in approximately 7,400 ft of water. It is the only major platform expected to come online this year in the Gulf of Mexico.

Appomattox output is key to Shell’s deepwater strategy as the company has a goal to produce 900,000 BOED worldwide by 2020. In February, Shell and its partners started production at the Lula North field located offshore Brazil. Appomattox, Lula North, and the Prelude floating liquefied natural gas vessel offshore Australia is expected to add $5 billion to Shell’s cash flow by 2020.